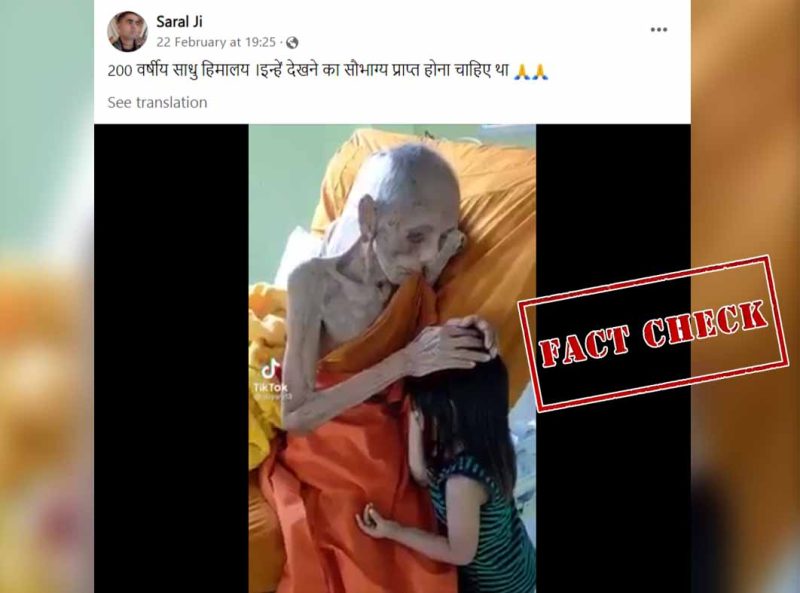 A video of an elderly man has gone viral on social media with a claim that he is a 200-year-old monk from the Himalayas.

(English Translation: 200-year-old monk Himalaya. Should have had the privilege of seeing him) 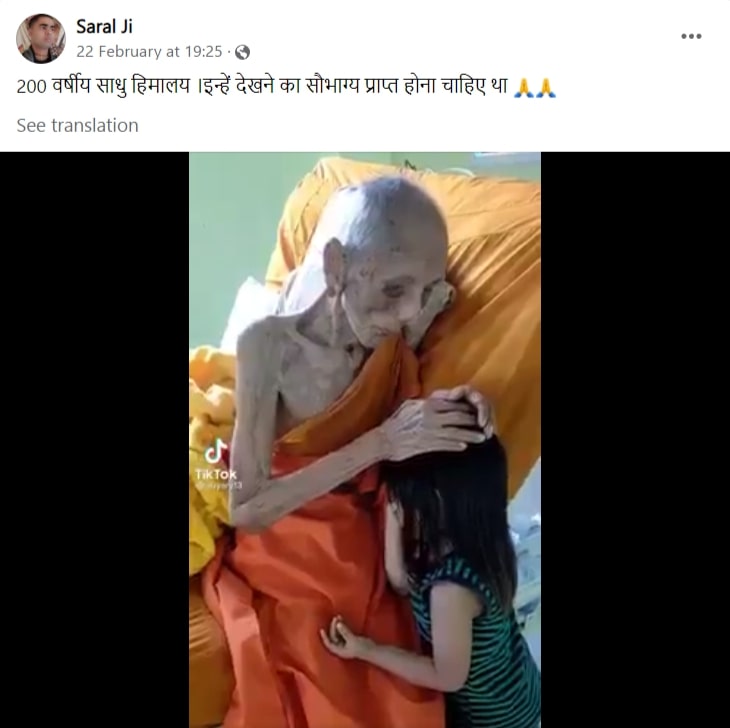 While examing the video carefully, we noticed a watermark of TikTok user ‘@auyary13‘. 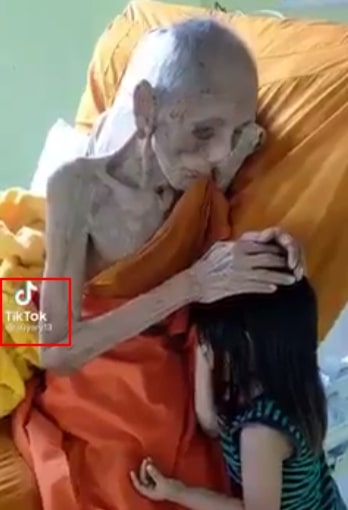 Since TikTok is banned in India, we used VPN to go through the TikTok account of the user and found that she had shared multiple videos of the same man.

She shared the same viral video on TikTok with a caption which can be roughly translated into English to (via Google translation): “When the little grandson came to call, Luang Ta can feel the love and care. Called to knock on the head for the great-grandchildren. Amen.”

After examining the account, we found that the man in the video is Luang Pho Yai, or Luang Ta who is from Thailand. According to Snoop, in one of the posts, @Auyary13 mentioned that he is 109 years old. 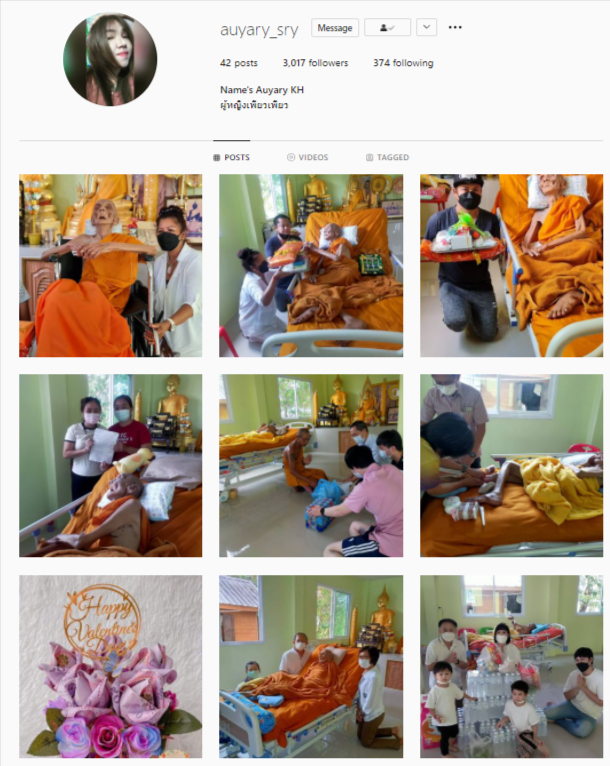 We also reached out to Auyary KH for further confirmation and the article will be updated upon receiving her reply.

However, from the above fact check, it is clear that the viral video is being shared with a misleading claim.