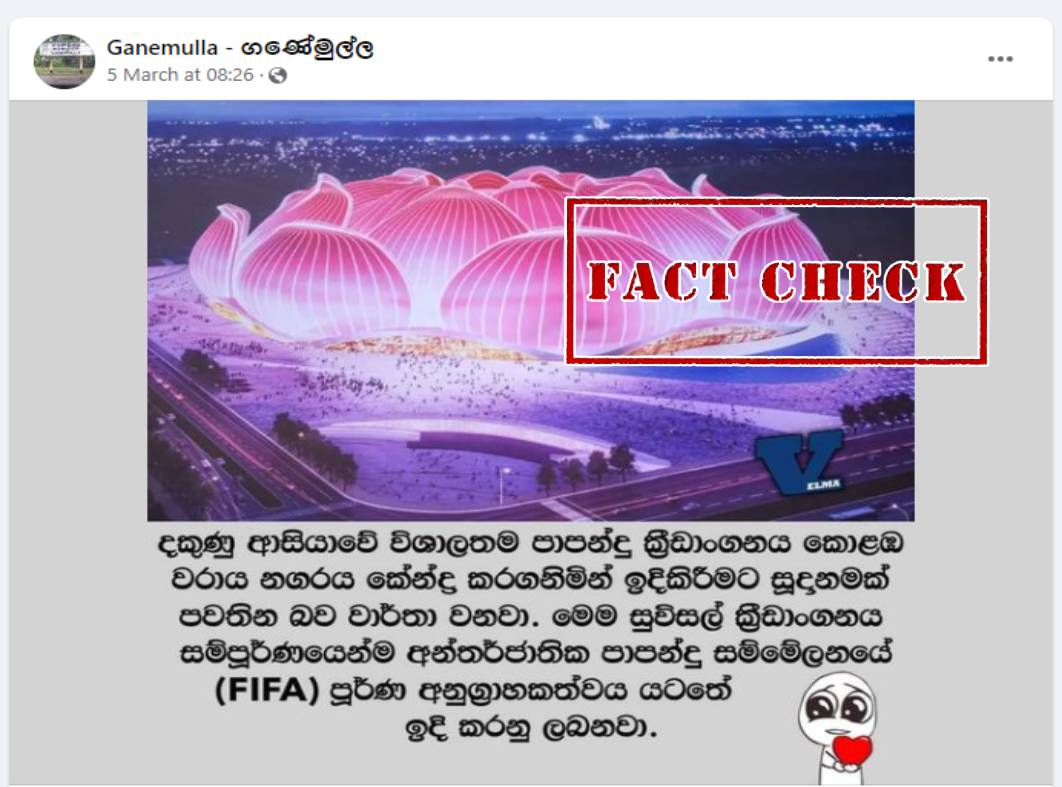 An image of a lotus-shaped stadium is being widely shared on social media with a claim that this is the largest football stadium in South Asia to be built in Colombo. 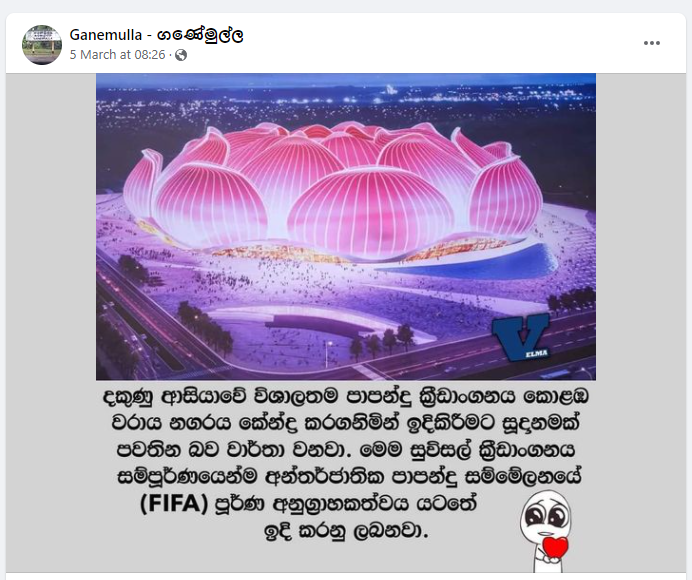 NewsMobile did a fact-check and found the claim to be Misleading.

On doing a Google Reverse Image Search, we found that the same image was uploaded by ESPN on April 17, 2020. The title associated with the article read, “Chinese club Guangzhou Evergrande building world’s biggest stadium for $1.7bn.” The article further said that the arena is designed in a lotus flower shape, will hold 100,000 seats and is expected to be completed in 2022, making it bigger than Barcelona’s Camp Nou. 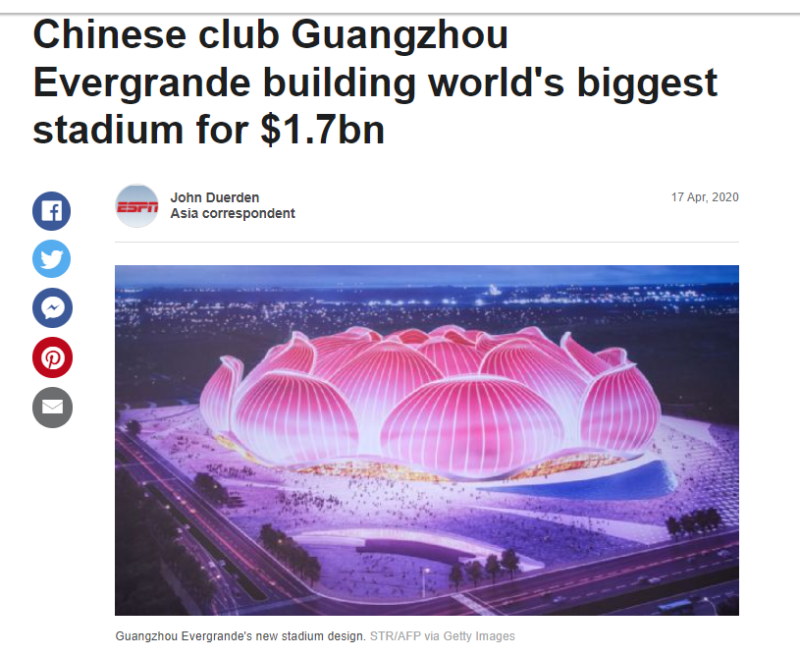 The Times of India also shared the image with the caption that read, “A rendering of Guangzhou Evergrande’s new 100,000-seat soccer stadium in Guangzhou, Guangdong province, China (Reuters Photo)” 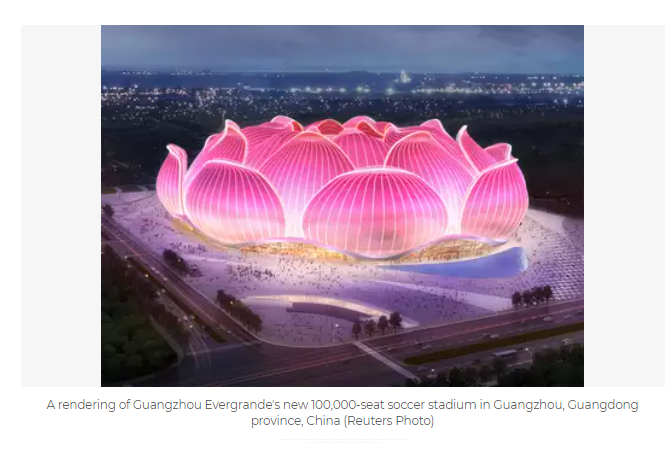 Hence, the viral image shows the world’s biggest football stadium which is being built in the Chinese city of Guangzhou and not in Colombo.