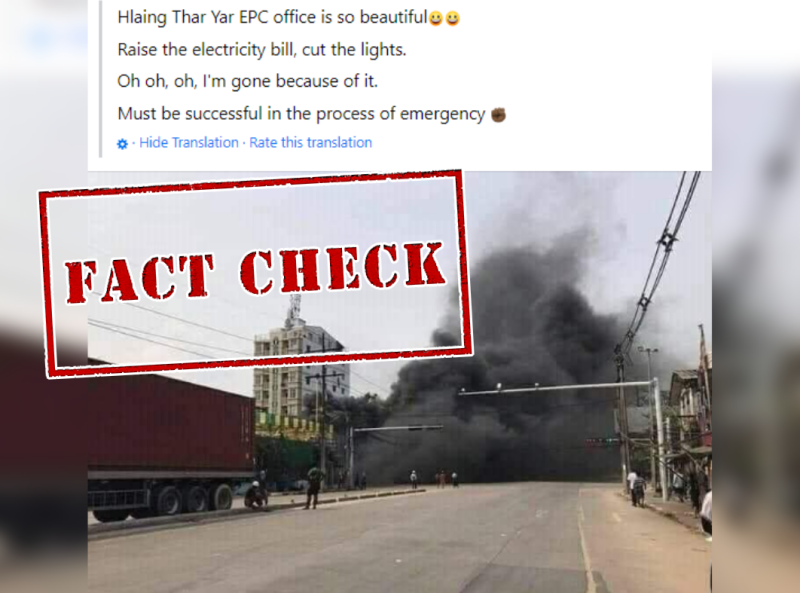 An image showing a smoke-filled road is being widely shared on social media with a claim that this was the scene after a recent bomb attack near the Hlaing Tharyar EPC office in Myanmar. Hlaing Tharyar Township is located in Yangon. EPC stands for ‘Electricity Power Corporation’, formerly known as the Ministry of Electricity.

The image is being shared on Facebook with a caption in Burmese that can be roughly translated in English to, “Hlaing Thar Yar EPC office is so beautiful. Raise the electricity bill, cut the lights. Oh oh, oh, I’m gone because of it. Must be successful in the process of emergency.” 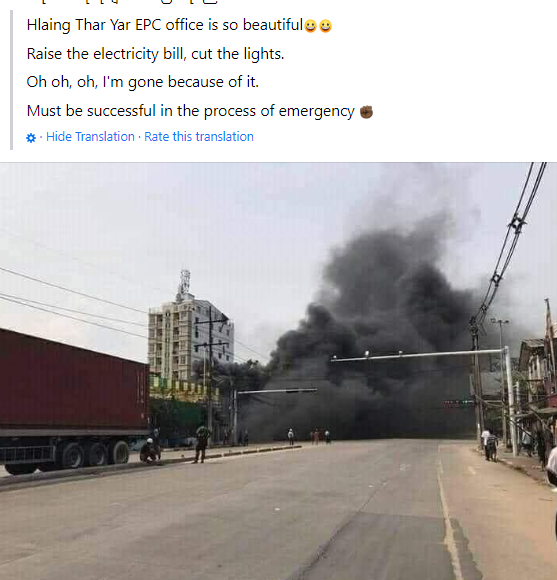 A simple Reverse Image Search directed us to a news report published on a Burmese website The Irrawaddy on March 14, 2021, which carried the same viral image. This report was published shortly after the military seized power in Myanmar in February 2021. 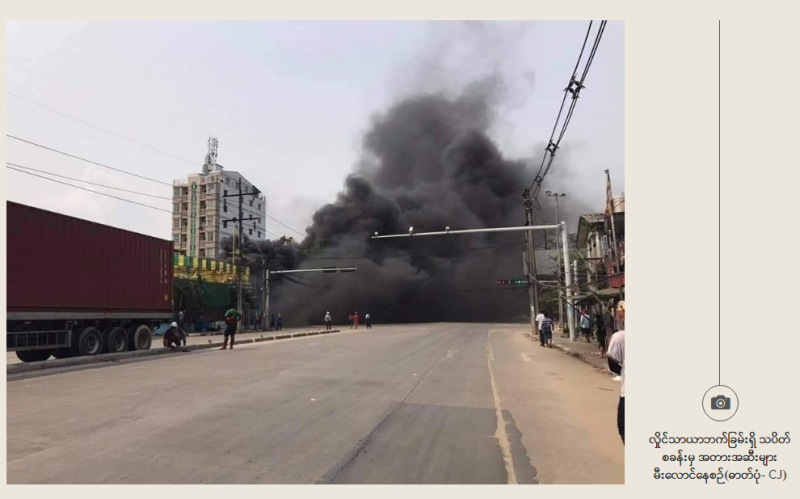 The article can be translated in English to, “Four people died and more than 30 were injured after police and soldiers violently attacked and fired at protest camps at Hlaing Tharyar township, district 1, 3 and 5, today (March 14) starting around 12 pm.” The image description reads, “The burning of barriers at protest camps in Hlaing Tharyar.” Thus, it is evident that the viral image is old and not recent.

Below is the comparison between the viral image and the image published in an article in 2021.

Searching further, we found news reports published in March 2021 stating that at least 15 people died after police and soldiers clashed violently with protesters in Hlaing Tharyar township on March 14, 2021.

We also performed a keyword search but could not find any media report stating that any recent attack has been carried out on the two EPC offices in Hlaing Tharyar. Thus, it is evident from the above information that an old image is being falsely shared as a recent attack in Myanmar.