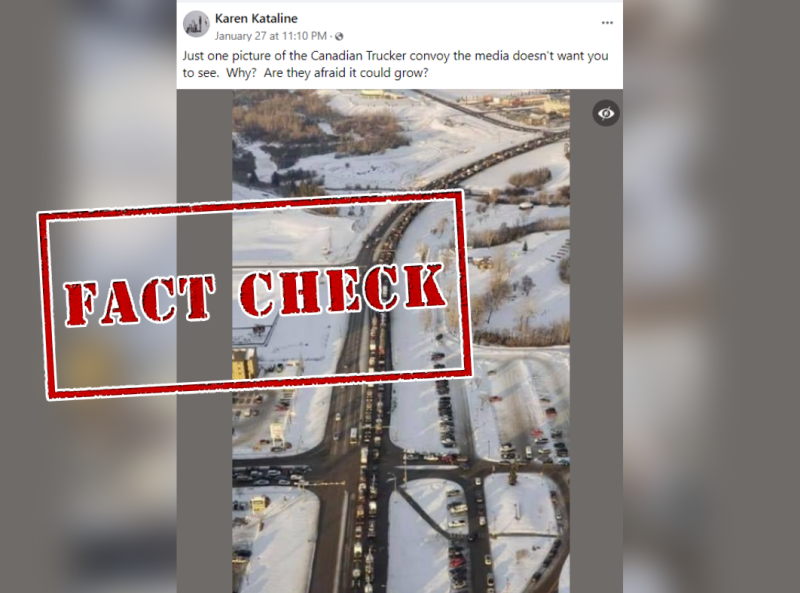 According to recent media reports, several people have been protesting against Canada’s COVID-19 vaccine mandate.

“After a week-long drive across Canada, a convoy of big rigs has arrived in the national capital to protest vaccine mandates and Covid-19 measures. Organisers insist it will be peaceful, but police say they’re prepared for trouble,” reads a BBC article. The Canadian truckers protesting against these measures have coined the protest as “Freedom Convoy.”

In this backdrop, an image showing an aerial view of several trucks lined up on a road is being linked to recent protests in Canada.

The image is being shared on Facebook with a caption: “Just one picture of the Canadian Trucker convoy the media doesn’t want you to see.  Why?  Are they afraid it could grow?” 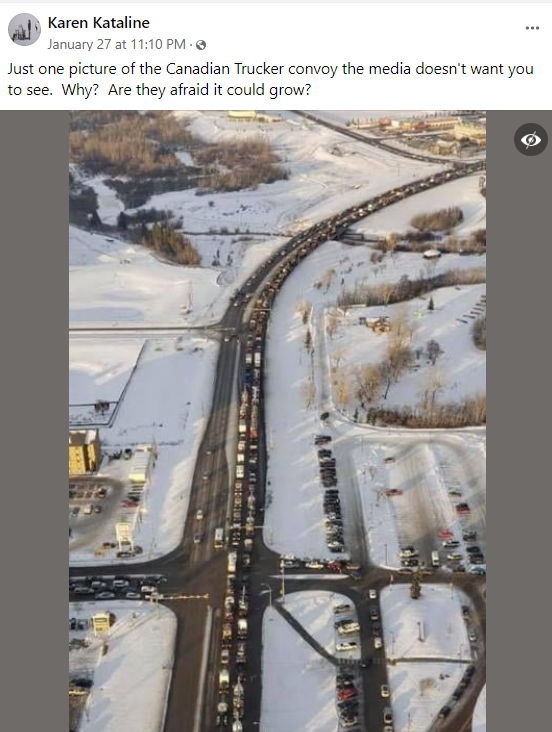 Here’s the link to the above post. Here, here.

Doing a Reverse Image Search, we were directed to a Twitter post that carried the same image on December 17, 2018, with the text, “Over 745  truck convoy in support of Canadian oil and gas in Grande Prairie today! In support of jobs in our energy sector.” The post also carried more similar images of the incident. 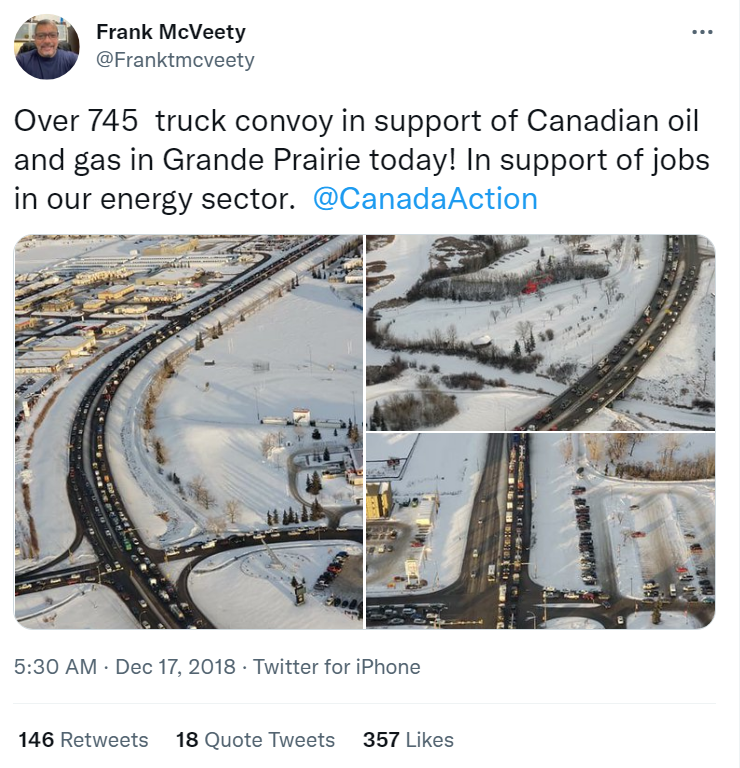 Searching further, we found many articles that carried the same viral image on December 17, 2018, with the text, “A recent demonstration in a northern Alberta city was a clear message rejecting Trudeau’s anti-pipeline, pro-carbon tax, open borders, globalist agenda.” Check a similar article here. Thus, it is evident that the image dates back to 2018 and is not recent. 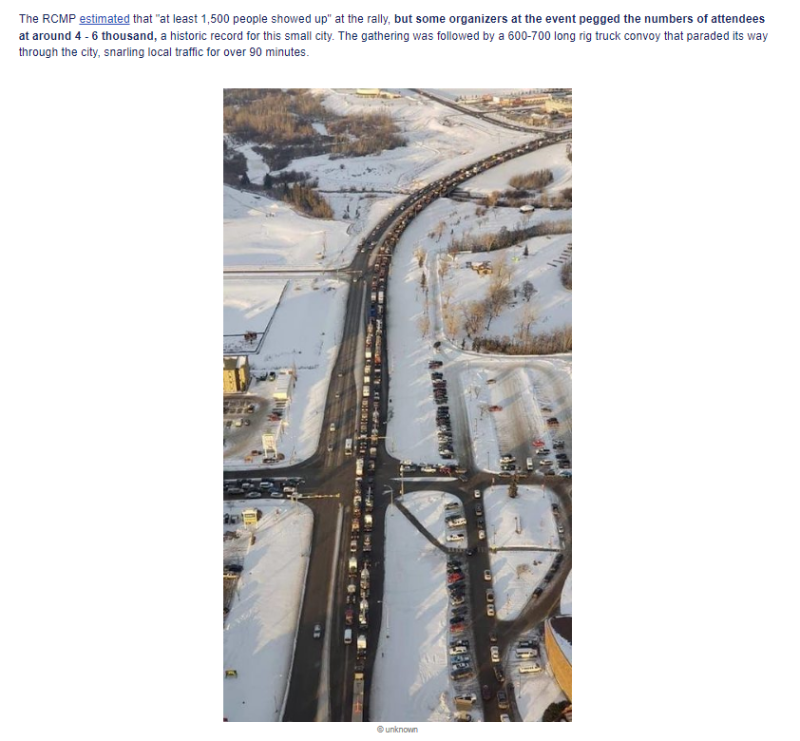 More searches led us to a BBC article published on December 16, 2018, which reported the same incident stating “A rally in a northwestern Alberta city Sunday drew more than 1,500 people — and featured a convoy of more than 600 vehicles — all sharing one goal: to tell Canadians and their political leaders that the oil and gas industry needs their support.”

Thus, it is evident from the above information that an old image of Canadian protest is being falsely linked to recent protests against vaccine mandate in Canada. Therefore, the viral claim is misleading.