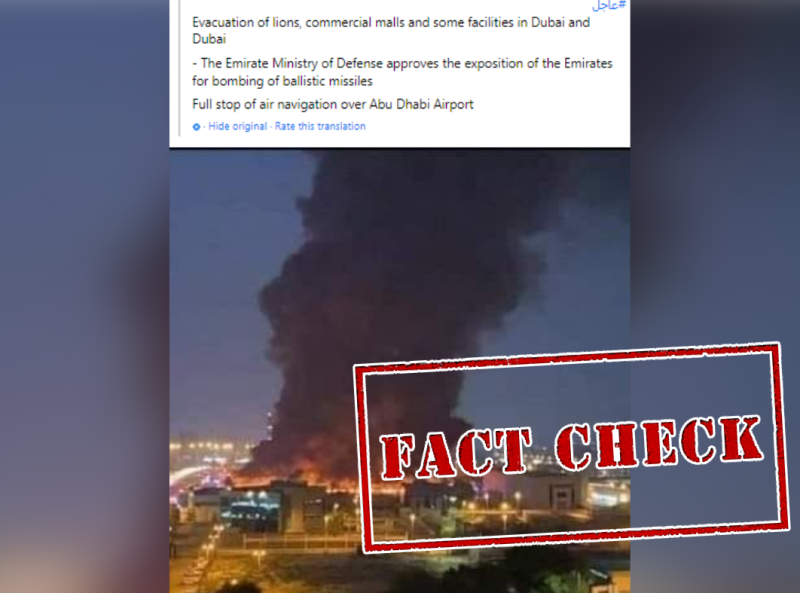 Yemen’s Houthi rebels have recently carried out attacks targeting the United Arab Emirates. In this backdrop, an image showing a huge explosion is being widely shared on social media with a claim that it shows a recent explosion in UAE.

The image is being shared on Facebook with a caption in Arabic that can be roughly translated in English to, “Evacuation of lions, commercial malls and some facilities in Dubai and Dubai. The Emirate Ministry of Defense approves the exposition of the Emirates for the bombing of ballistic missiles. The full stop of air navigation over Abu Dhabi Airport.” 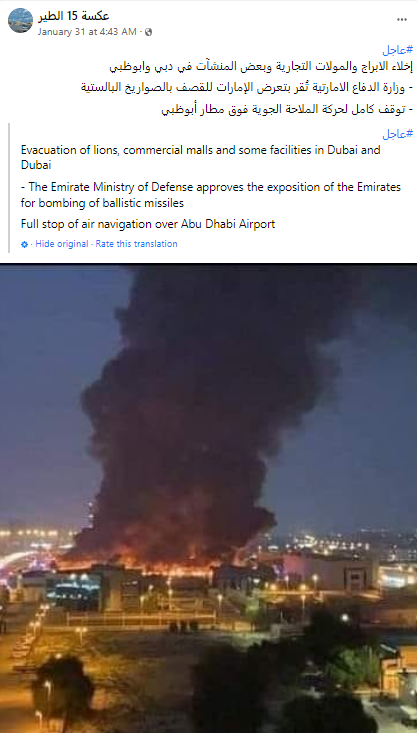 A simple Reverse Image Search directed us to a news article published in August 2020 that carried the same viral image stating that it shows the Ajman market in UAE catching fire. 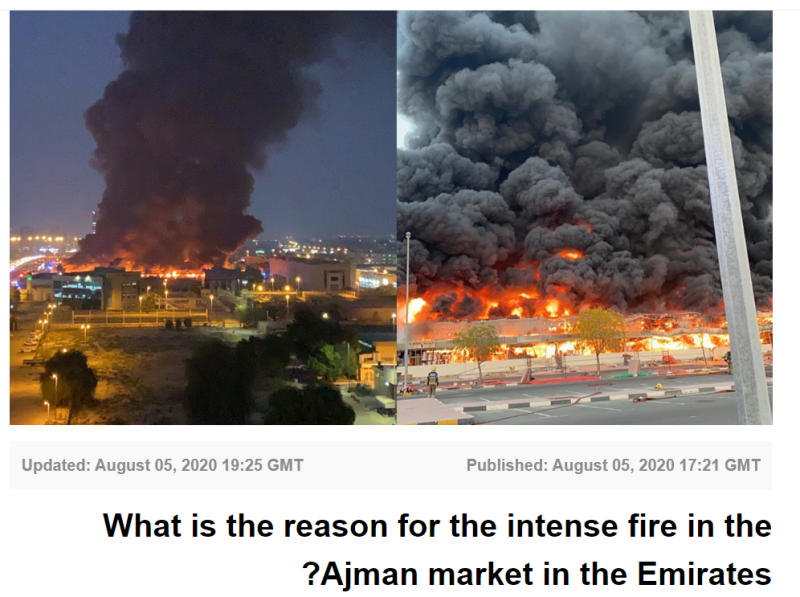 The same image was also published in another news article dated August 5, 2020. The headline of the article read, “The Ajman Popular Market Fire Was Put Out Without Any Injuries.”

“The Civil Defense Department in Ajman, in the UAE, announced today, Wednesday, that the cause of the huge fire that broke out in the popular market in the emirate is the burning goods that led to the rapid spread of the fire,” the report read. 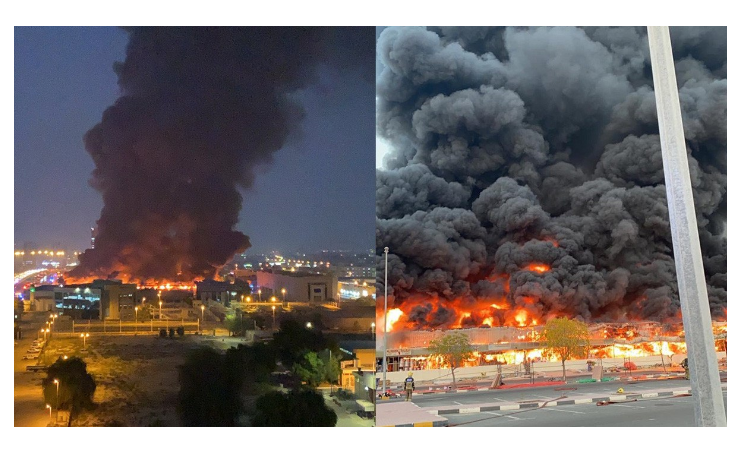 Below is the comparison between the viral image and the image published in 2020. 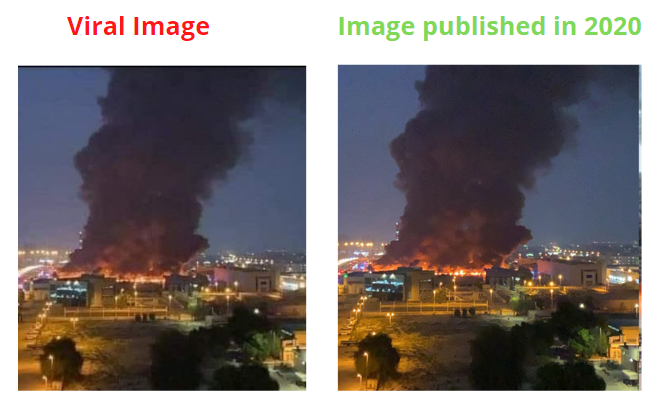 Searching further, we found a tweet dated January 31, 2022, posted by UAE’s Ministry of Defense stating that “the Ministry of Defense announced that its air defence had intercepted and destroyed a ballistic missile launched by the Houthi terrorist group towards the country. The attack did not result in any losses, as the remnants of the ballistic missile fell outside the populated areas.”

Thus, it is evident from the above information that an old image showing a fire in a UAE market is being falsely shared as that of a recent explosion in UAE.