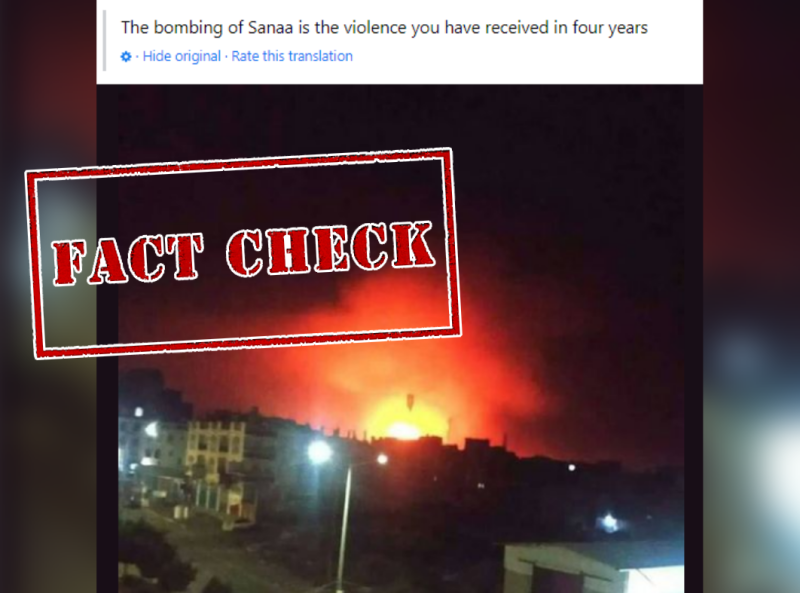 An image is being widely shared on social media with a claim that it is of a recent explosion in Yemen’s Sanaa city.

According to several media reports, “the Saudi-led coalition in Yemen has launched multiple airstrikes on a military camp controlled by the Houthi militia in the Yemeni capital, Sanaa.”

The image is being shared on Facebook with a caption in Arabic that can be roughly translated in English to, “The bombing of Sanaa is the heaviest it has received in four years.” 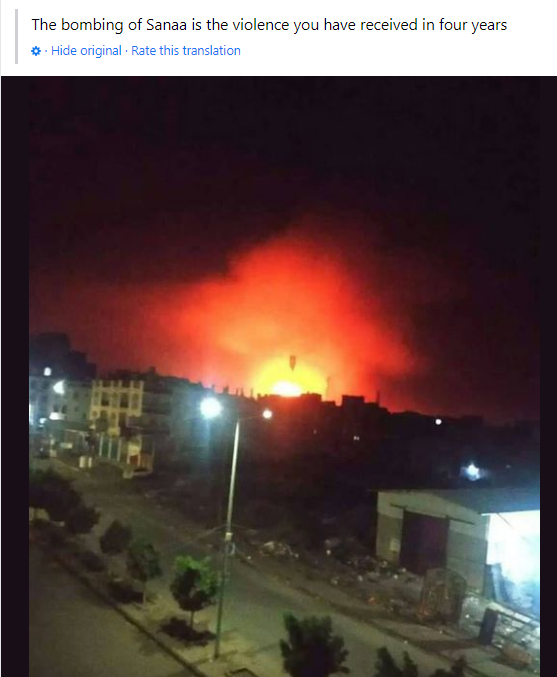 Starting with our investigation, we performed a Reverse Image Search that directed us to several websites which carried the same image in November 2021. According to the article, the image was the “first picture of the sites targeted by several raids in the capital, Sanaa.” Check similar articles here and here. 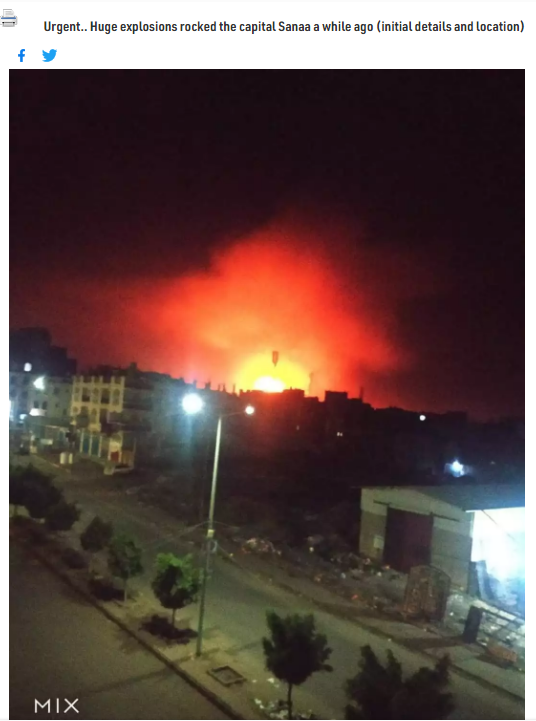 Searching further, we found the same uploaded in a Twitter post on March 22, 2021, with the caption, “Saudi regime currently striking Yemen’s capital, and district of Al-Hasbah, #Yemen.” 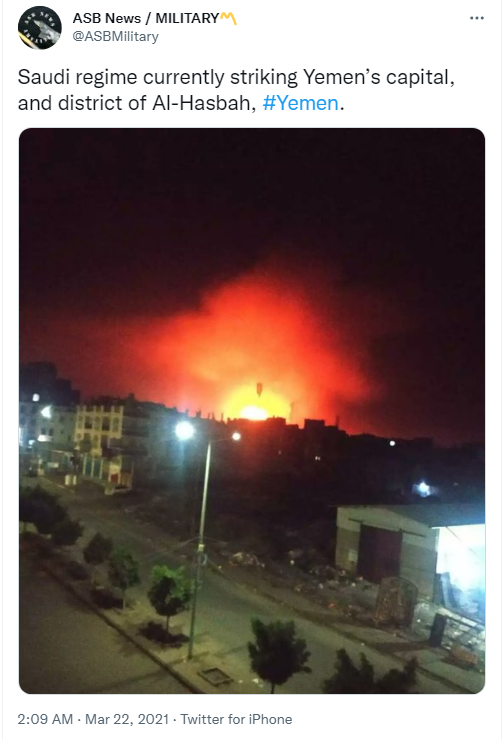 Further, we found the same image uploaded on a website with a claim that it is of “a violent explosion that rocked the Yemeni capital, Sanaa.” The article was published in September 2020. 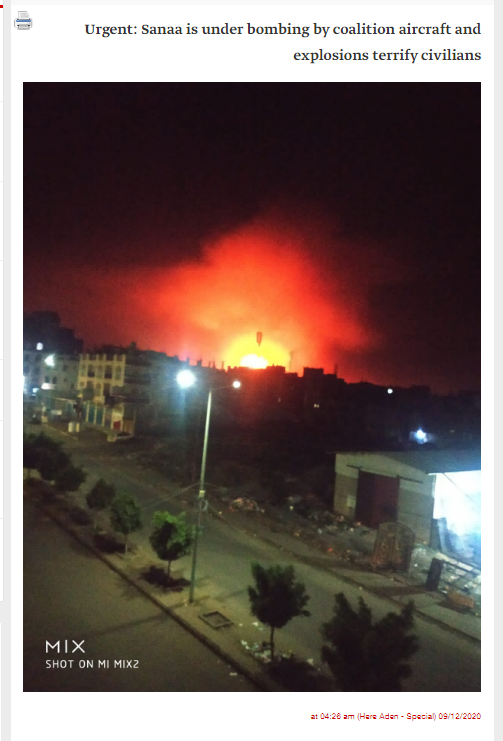 Although we could not ascertain the exact location and date of the viral image, it is evident from the above information that the image has been on the internet since September 2020, and is not recent.