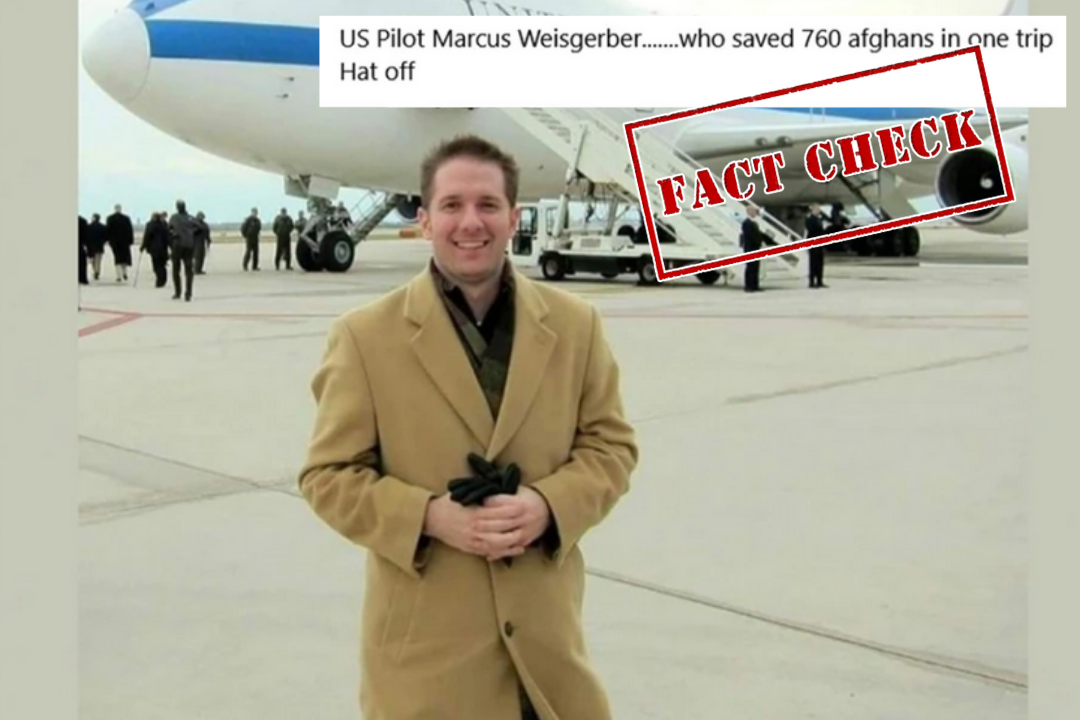 On August 15, 2021, US Air Force C-17 aircraft carried hundreds of evacuees from Kabul to Qatar. Against this backdrop, a post showing a man standing in front of an aircraft is doing rounds on social media claiming that he is Marcus Weisgerber, the US pilot who carried over 800 people to safety in one trip from Kabul.

The post being shared on Facebook reads, “US Pilot Marcus Weisgerber…….who saved 760 afghans in one trip. Hats off” 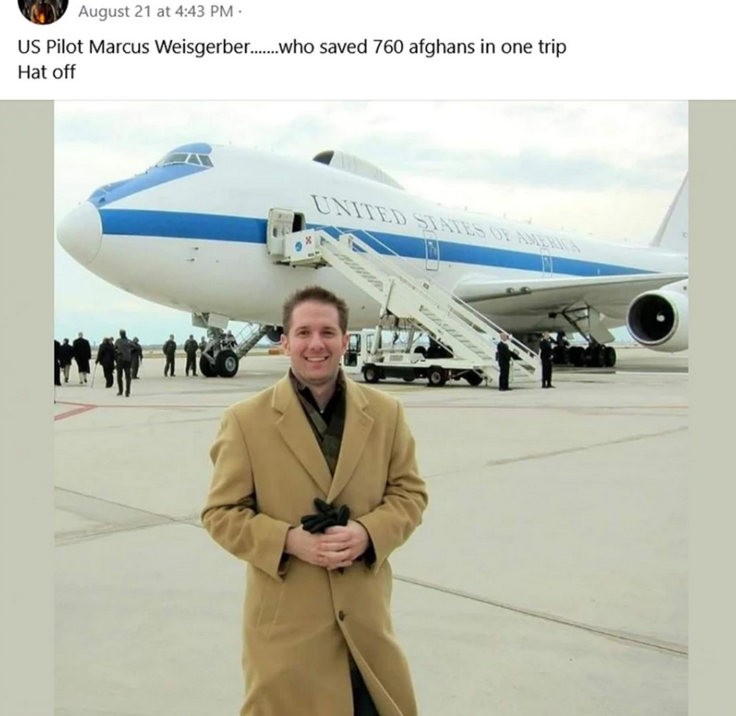 Starting with our investigation, we ran a Reverse Image Search on the picture and found the same picture uploaded by a Facebook user by the name ‘Marcus Weisgerber’ in 2013.

We found that the said profile carried several pictures of the same person.

Further, we looked for Weisgerber‘s Twitter profile and found out that he is the Global Business Editor at a US-based news outlet, Defense One. 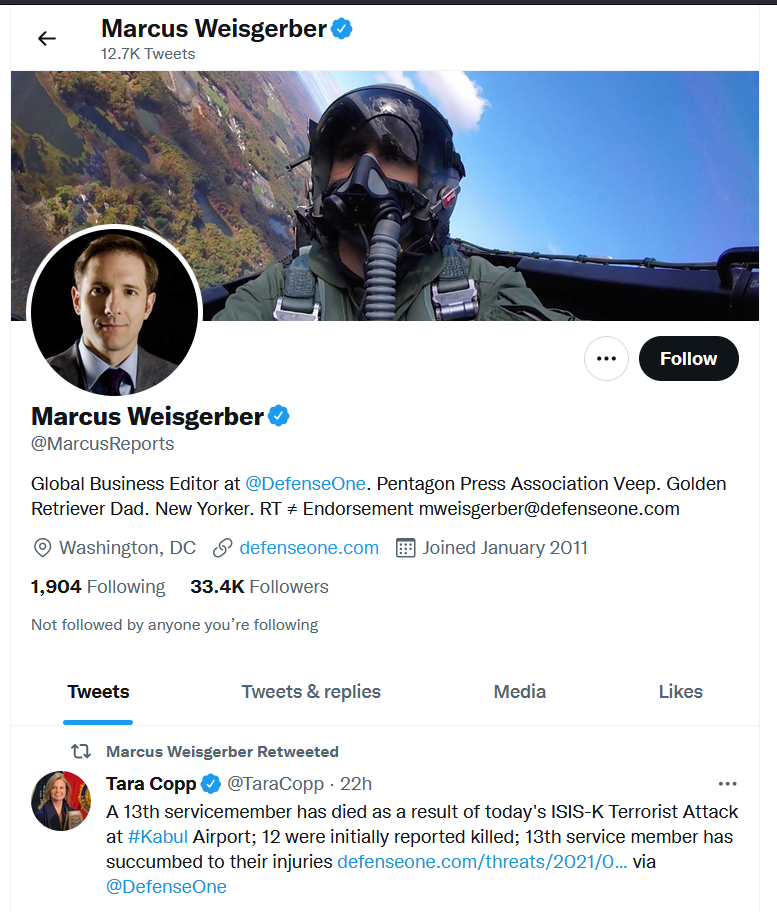 We found the same information in Defense One’s ‘About Us‘ section. The website mentions that Weisgerber is the Global Business Editor at the outlet. 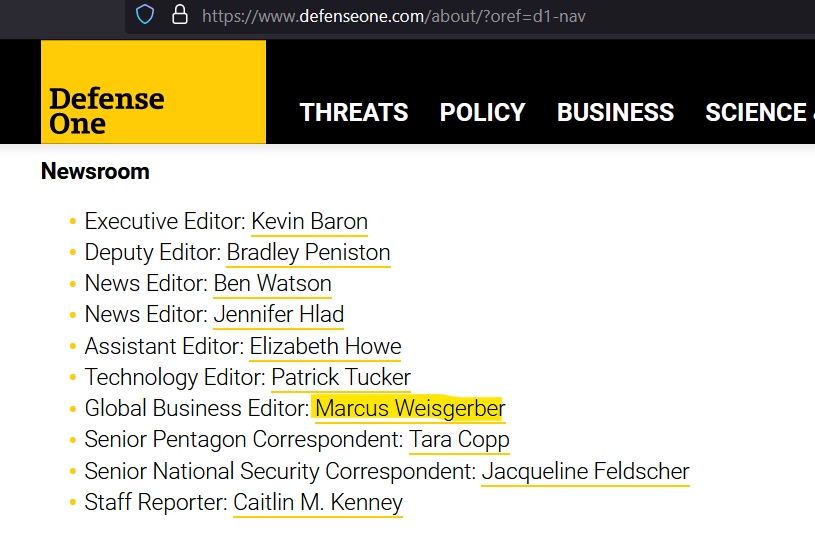 The author page of Weisgerber on the Defence One website can be seen here. 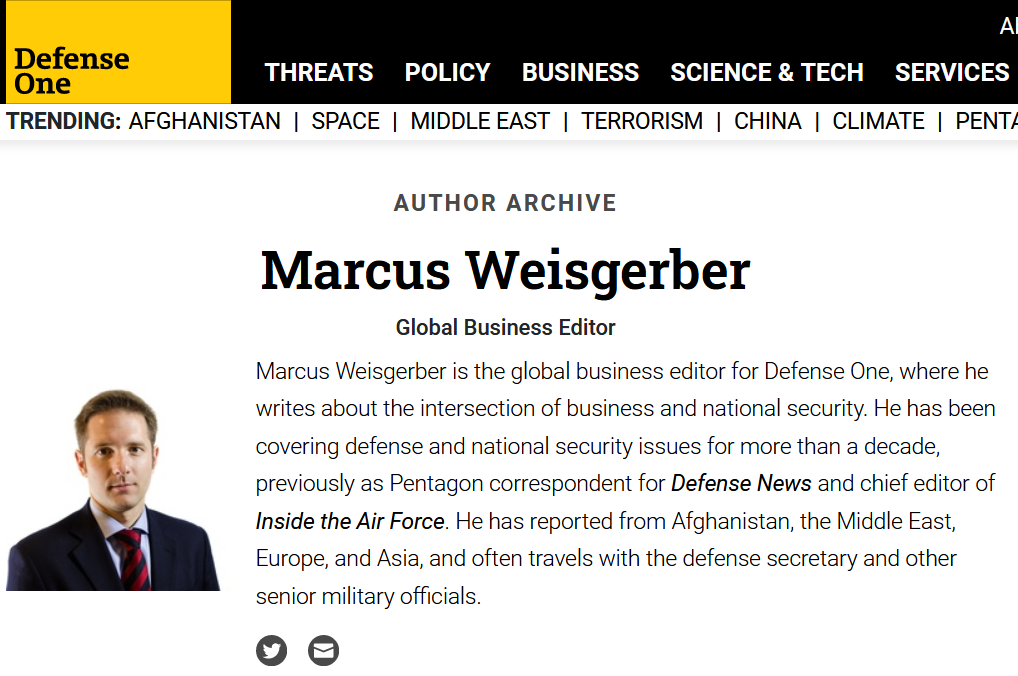 Weisgerber had tweeted an image of evacuees packed inside a US aircraft on August 17, 2021. He, along with another journalist, Tara Copp, had reported about the evacuation mission for Defense One.

JUST IN: “The Crew made the decision to go” — Inside RCH 871, which saved 640 from the Taliban … from @TaraCopp and me https://t.co/r4YvGqJZ4b pic.twitter.com/CI1mAmqjHT

Further, we found that CNN did an exclusive interview with the crew members of the C-17 aircraft on August 20. According to this interview, crew members of the C-17 that flew the 823 people to safety include Eric Kut, Technical Sergeant Justin Triola, Airman First Class Nicolas Baron, Captain Cory Jackson, First Lieutenant Mark Lawson, Staff Sergeant Derek Laurent and Senior Airman Richard Johnson.

A photo of a military aircraft packed with evacuees flying out of Afghanistan went viral. There were 823 evacuees on board, the crew told CNN.https://t.co/0Az8NNBXVh pic.twitter.com/DhI8FQKES0

Thus, it is evident from the above information that the person in the picture is not a pilot, but a journalist.