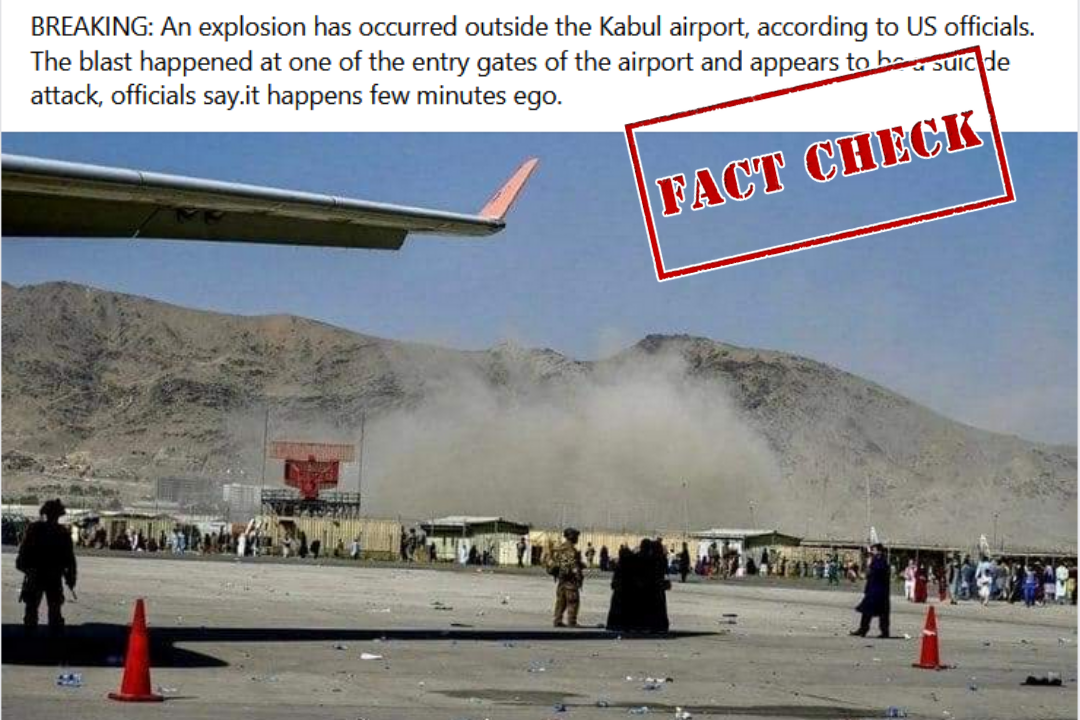 On August 26, 2021, explosions rocked Kabul in which 170 people lost their lives and scores were injured. In this backdrop, a picture showing the wing of a plane and security personnel on the tarmac is being shared with a claim that it shows the explosion outside Kabul airport.

The video is being shared with a caption that reads, “BREAKING: An explosion has occurred outside the Kabul airport, according to US officials. The blast happened at one of the entry gates of the airport and appears to be a suicide attack, officials say.it happens few minutes ego.” 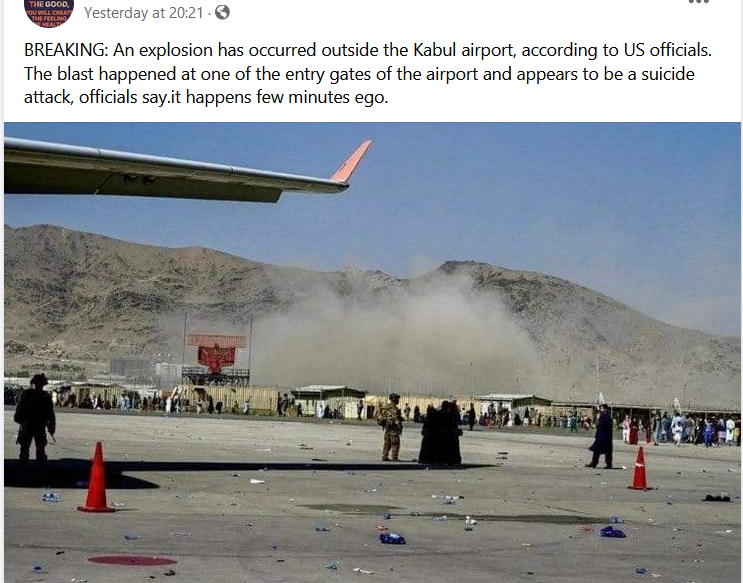 NewsMobile fact-checked the picture and found out that it is old.

On putting the picture through Reverse Image Search, we found the picture on the stock image website, Getty Images dated August 16, 2021. The caption of the picture read, “US soldiers stand guard as in the background Afghan people wait at the Kabul airport in Kabul on August 16, 2021, after a stunningly swift end to Afghanistan’s 20-year war, as thousands of people mobbed the city’s airport trying to flee the group’s feared hardline brand of Islamist rule”.

We found the picture in a report by a Canadian newspaper, The Globe And Mail. The report was published 10 days before the explosions took place. The headline of the report read, “In photos: Taliban take control as Afghans attempt to flee to the chaotic Kabul airport” 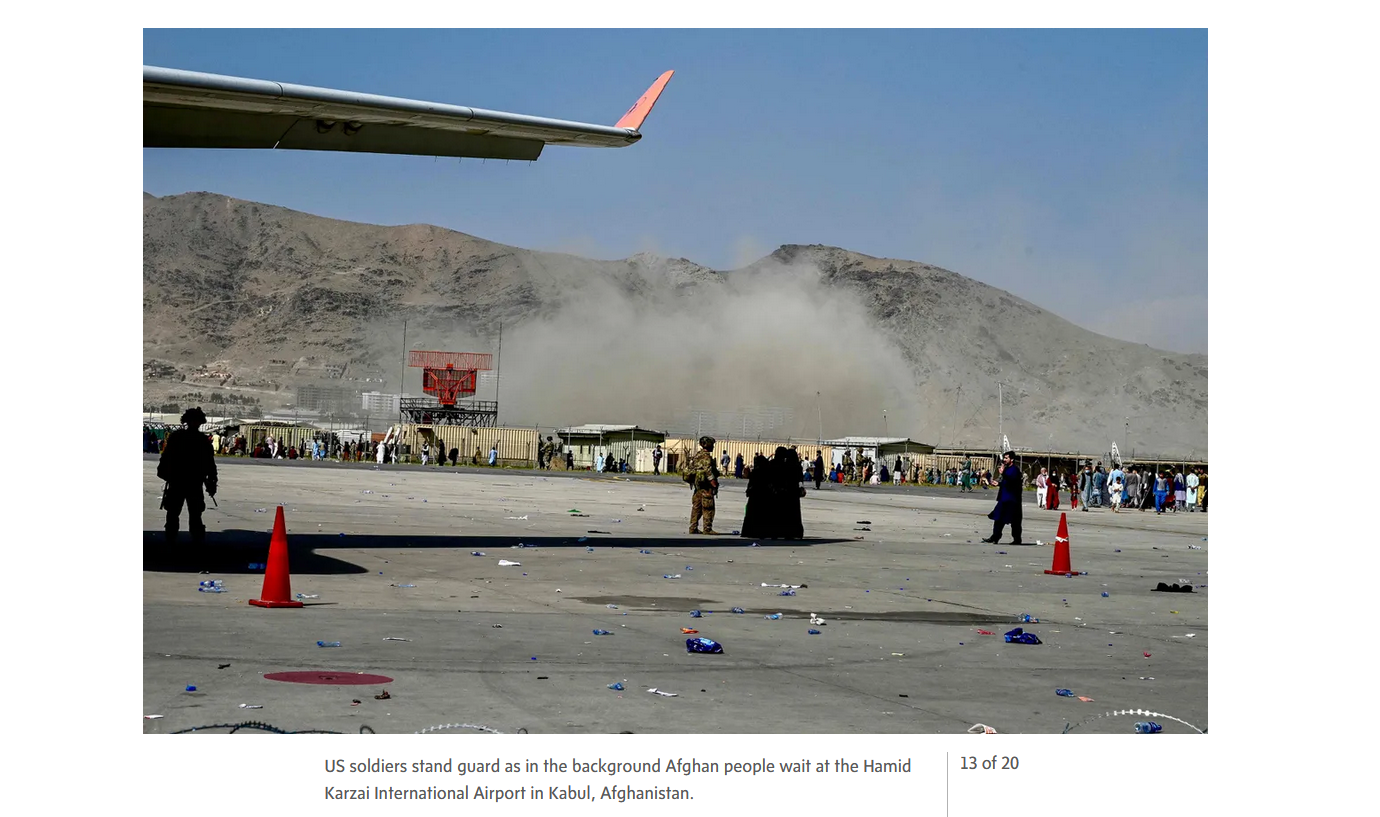 “US soldiers stand guard as in the background Afghan people wait at the Hamid Karzai International Airport in Kabul, Afghanistan”, the caption of the picture read.

More reports showing the same picture can be seen here and here.

The above investigation proves that the picture is mot related to recent explosions in Kabul.