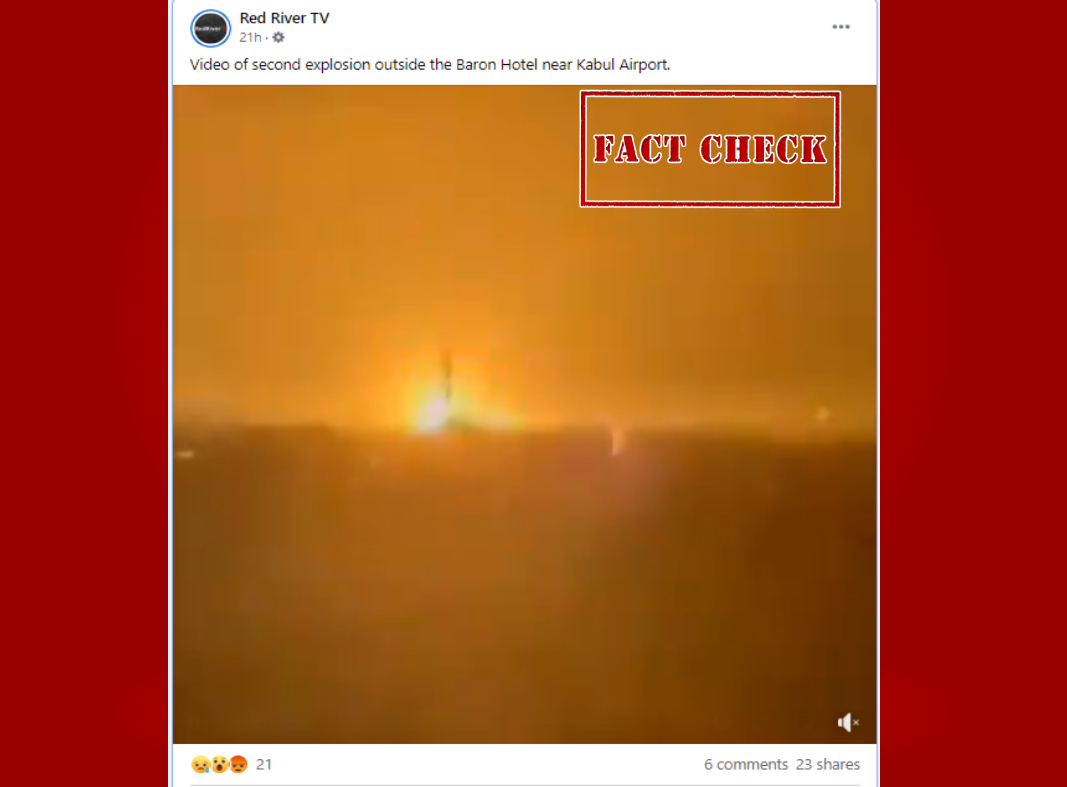 After two explosions rocked Kabul on August 26, 2021, claiming at least 170 lives and leaving scores injured, a video of a blast has gone viral with a claim that it captures the second blast that happened near Baron Hotel.

The video is being shared with a caption that reads, “Video of the second explosion outside the Baron Hotel near Kabul Airport.” 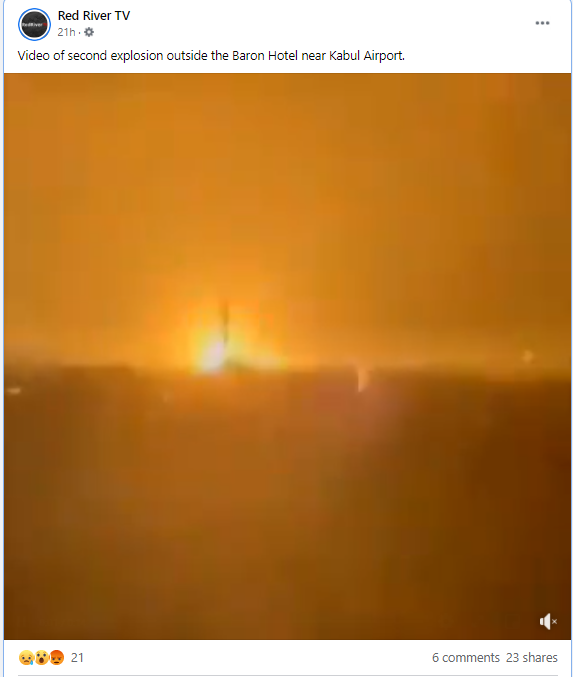 On breaking the video into multiple keyframes using InVid tools and doing a Reverse Image Search with one of the keyframes, we found the same video was published on a YouTube channel on August 22, 2021. The video description stated that it was an Israeli Air Force strike on Gaza.

The video was shared with a title that read, “IAF Airstrikes”. The description of the video reads, “IAF striked multiple targets in the Gaza strip on the 21st of August 2021. Tensions are still high. The protests at the gaza border fence today, which will be ongoing the next days, probably led to this airstrikes. IDF Spokesman: Fighter jets attacked four Hamas terrorist storage sites last night. The extensive attack was carried out in response to riots that took place in the northern Gaza Strip, during which shots were fired from the Gaza Strip, from which a border fighter was wounded. Hamas continues to lead the Gaza Strip into a policy of terrorism while exploiting the civilian population. The IDF will continue to respond strongly to terrorist attempts from the Gaza Strip and considers the terrorist organization Hamas to be responsible for everything that happens in the Gaza Strip. In accordance with the situation assessments, it was decided to reinforce the Gaza Division with additional forces. IDF forces are prepared for any development.” 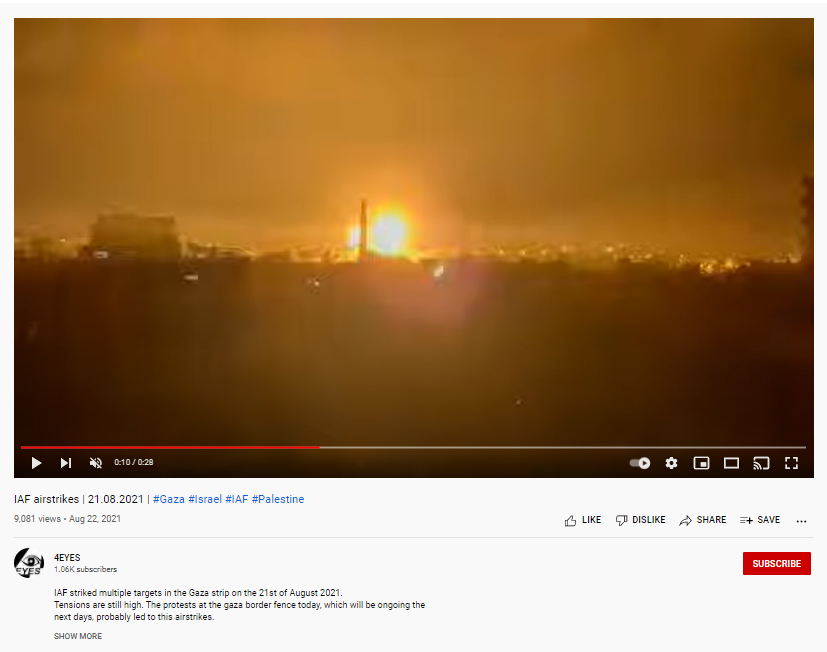 Taking a hint from the above video, we searched and found that a similar video was uploaded on DailyMotion by Beyazgazete on August 22, 2021.

We also found that BBC journalist Shayan Sardarizadeh tweeted and mentioned that the viral image is of Gaza and not from Kabul.

He tweeted, “Just because someone has posted a video claiming it shows the aftermath of the horrifying events at Kabul Airport and it’s got loads of retweets does not mean it indeed shows Kabul Airport or the events unfolding today. Plenty of viral fakes are circulating already.”

He also tweeted, “This one (left), as reported by @AuroraIntel (right), shows an explosion in Gaza, not Kabul.”

This one (left), as reported by @AuroraIntel (right), shows an explosion in Gaza, not Kabul. pic.twitter.com/fwUYcHToO9

NewsMobile independently couldn’t confirm the veracity of the video, but from the fact check it is clear that the video has been present on the internet much before the Kabul blast.