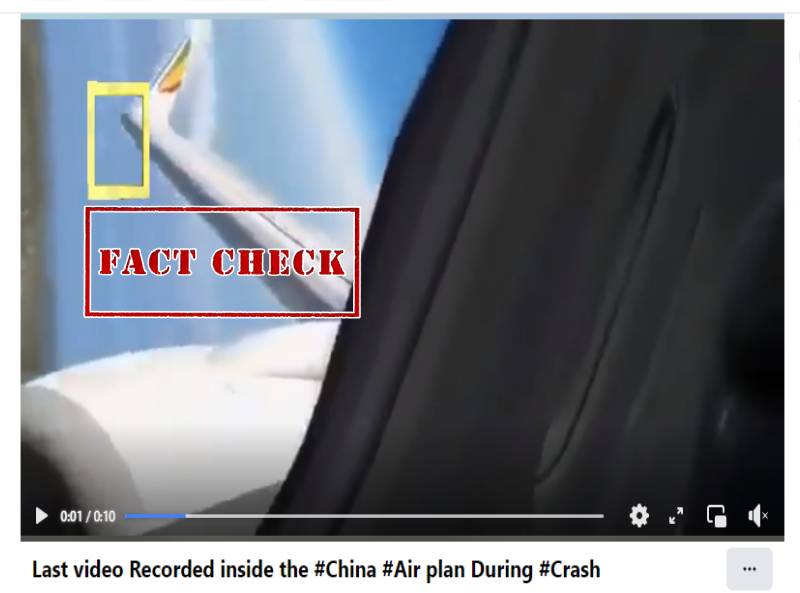 Eastern Airlines flight from Kunming to Guangzhou crashed in Guangxi region of China on March 21, 2022, with 133 passengers on board.

In the above context, a plane crash video has gone viral with a claim that these were the last moments of the ill-fated airline which crashed. The video is being shared with a caption that reads, “Last video Recorded inside the #China #Air plan During #Crash A Boeing 737 just crashed in southern China. This was one of the last moment recorded on the plane. maybe the only moment. Viewers’ discretion advised.”

On doing a Yandex Reverse Image Search, we found that full length of the same video was uploaded by a YouTube Channel, Bull Bosphorous on May 11, 2019. The video was shared with a title that read, “Ethiopia Plane Crash, Ethiopia Airlines B737 MAX Crashes After Takeoff, Addis Ababa Airport [XP11].” 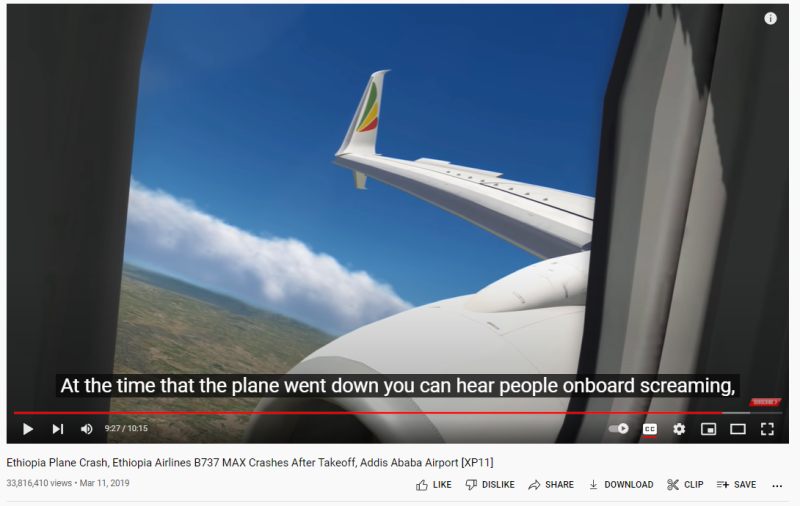 The description also mentioned a disclaimer that the viral video is a simulation work. It read, “THIS IS NOT EXACTLY WHAT HAPPENED, THIS IS ONLY A SIMULATED FLIGHT CRASH FOR ETHIOPIAN AIRLINES FLIGHT ET302. ” 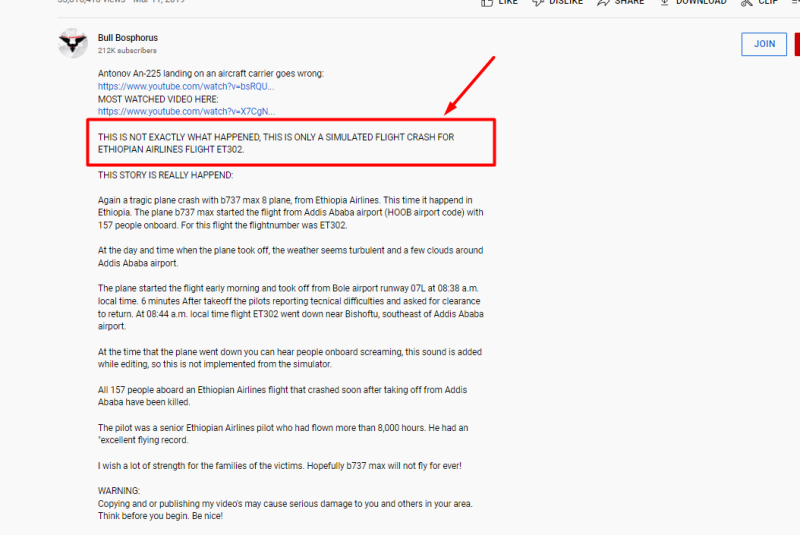 We found a CNBC report published on March 10, 2019, which stated that an Ethiopian Airlines Boeing 737 bound for Nairobi crashed shortly after take-off killing all 149 people and eight crew members on board. 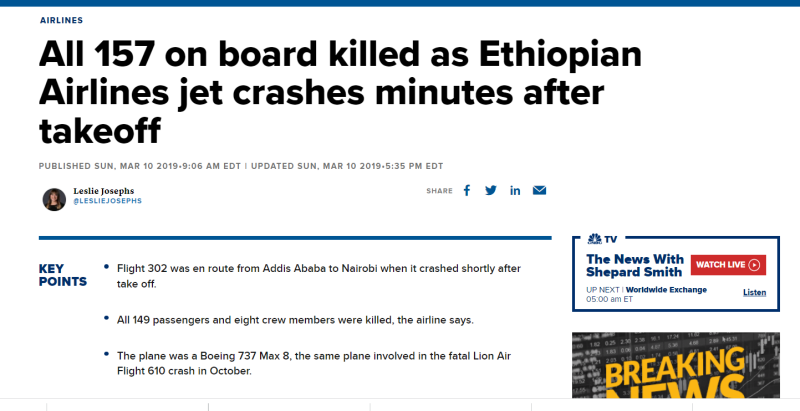 Hence, we can ascertain that a simulation video showing the Ethiopian Airlines crash has gone viral as last moments of the plane that recently crashed in China.