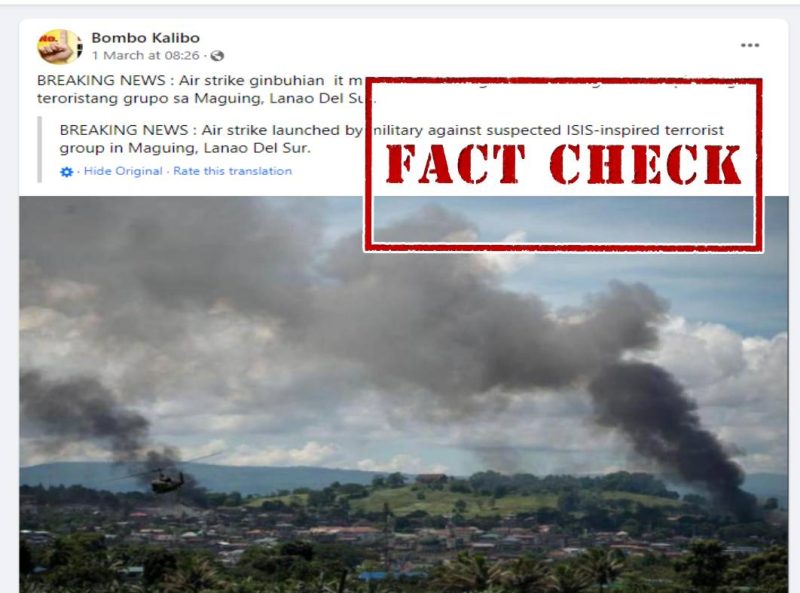 The Philippine Air Force bombed suspected camps of the Maute-ISIS group as the military launched a brigade-size operation in Maguing, Lanao del Sur on March 1, 2022.

In the above context, an image of a has gone viral on social media with a claim that it shows bomb attack by the Philippines military on an Islamic outfit. 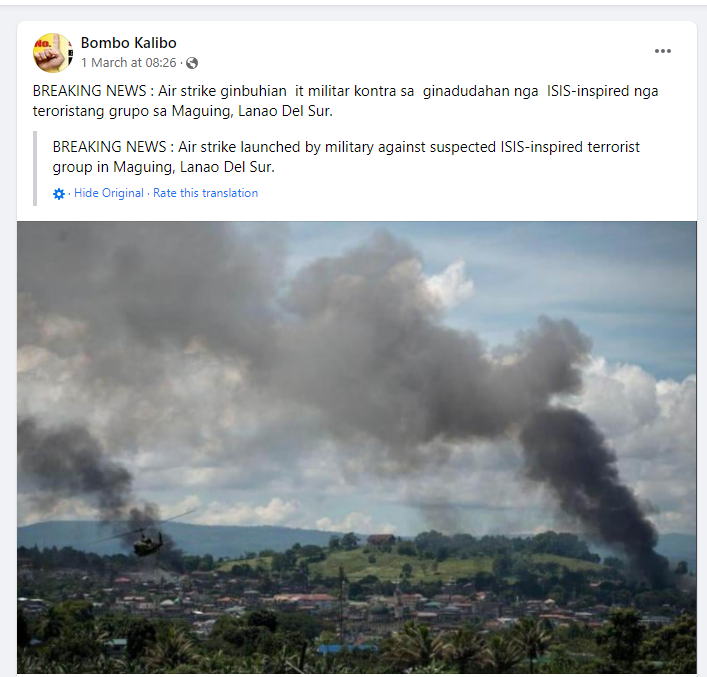 On doing a Google Reverse Image Search, we found the same image was uploaded by Rappler on June 17, 2017. The report suggested that Philippine authorities had rescued at least 9 more trapped civilians in Marawi City more than 3 weeks after clashes erupted between government troops and local terrorists there. 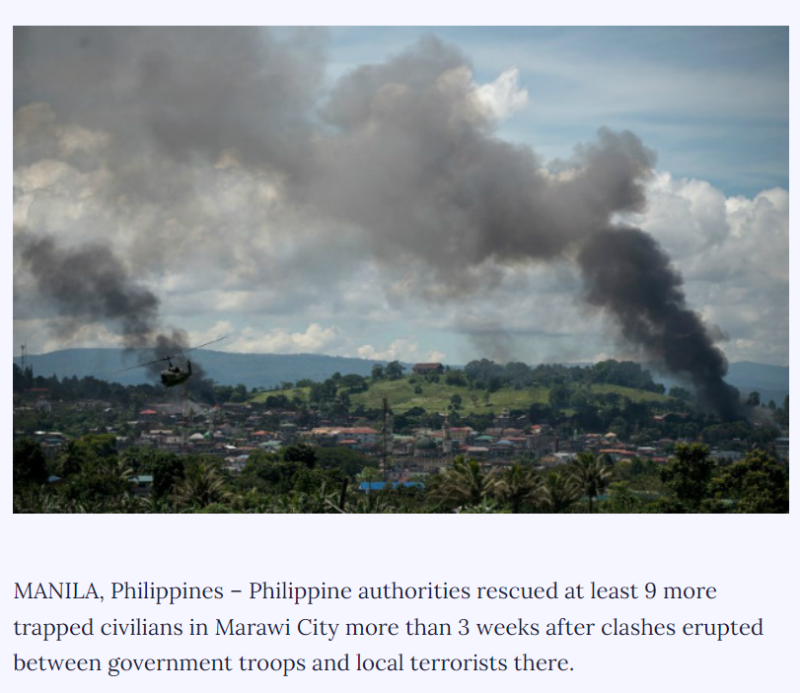 Hindustan Times had also uploaded the photo on June 12, 2017, with a caption that read, “In this June 9 photo, black smoke from continuing military airstrikes rises above a mosque in Marawi city, southern Philippines.(AP Photo)” 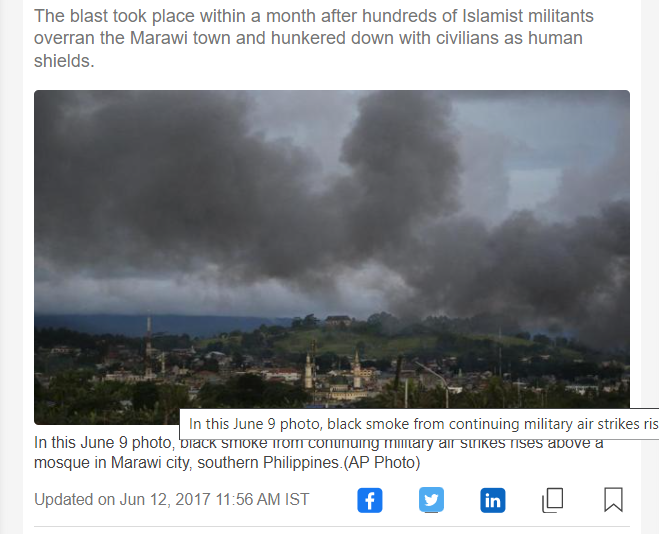 Hence, we can ascertain that the viral image shows an old photo of a military airstrike done in Marawi, Philippines and not of the recent airstrike in Maguing.