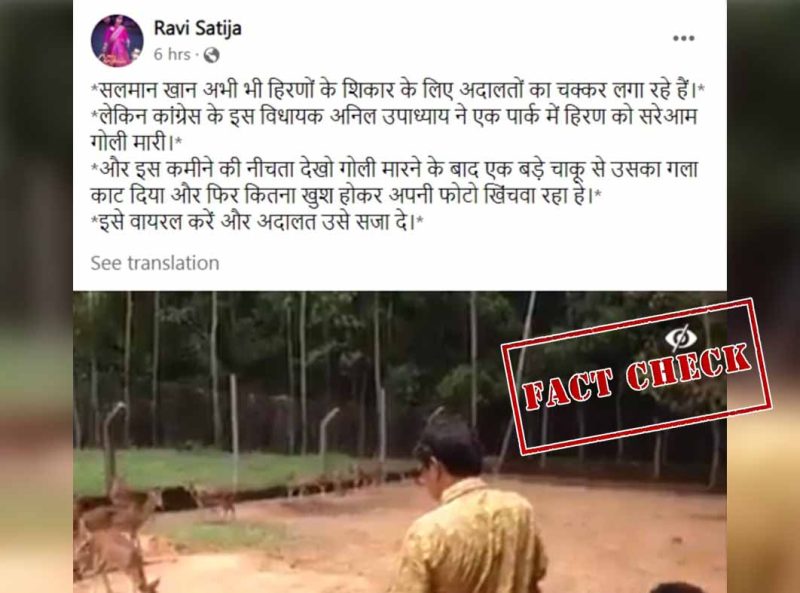 A video has surfaced on social media platforms showing a man shooting a deer inside a fenced ground. The video is being shared with a claim that the man in the video who shoots the deer is Congress leader Anil Upadhyay.

A Facebook user shared the video with the caption in Hindi that can be roughly translated in English to: “Salman Khan is still doing rounds of courts in the deer hunting case. But this Congress MLA Anil Upadhyay shot a deer in a park. After shooting, he cut the deer’s throat with a big knife and then happily took a picture with it. Make this video go viral so that the court punishes him.” 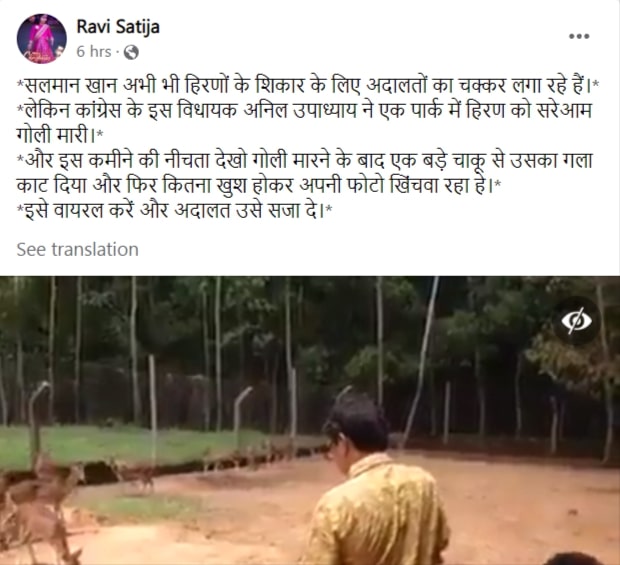 NewsMobile fact-checked the above post and found the claim to be FAKE.

On performing Reverse Image Search using the keyframes of the video, we found one of the keyframes as a cover image in an article published by The Daily Star on July 12, 2015. The article was titled, “Who is the beast?” 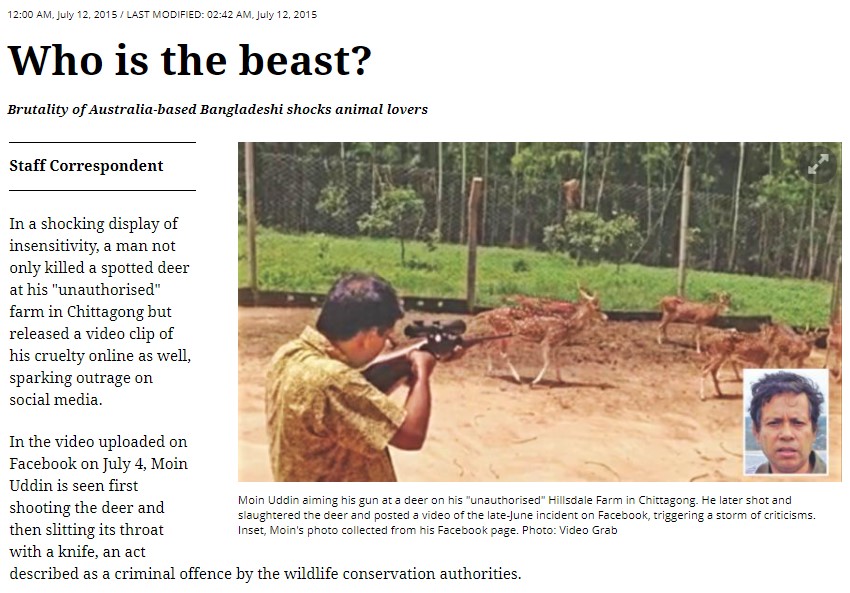 As per the article, the incident took place at a farm in Bangladesh’s Chittagong on July 4, 2015.

Moin Uddin, the man in the video, took to Facebook and wrote a long note about the details mentioned in the article. He wrote, “In Australia and New Zealand, deer hunting is a normal matter where you can go and hunt a deer in the farm. I would like to sincerely apologize to the people who were shocked or upset viewing the video. I promise I never will do so that kind of activity again.”

Moreover, a scan of the My Neta database of the same name showed two results – a BSP leader from Jodhpur who contested the 2018 Rajasthan elections besides an Independent candidate from Lucknow who contested the Uttar Pradesh assembly elections twice – in 2007 and 2012. However, we did NOT find any Anil Upadhyay from Congress.

NewsMobile had debunked the same video in 2020 and 2021, when it was shared with a similar fake narrative.

Hence, we can conclude that a video of a five-year-old incident from Bangladesh is being shared with a false claim that it shows a Congress leader hunting deer in a park.