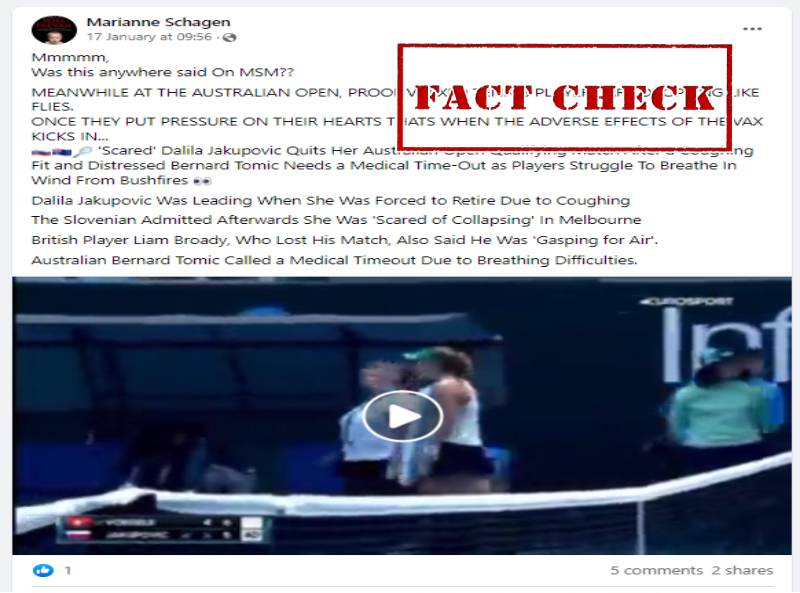 The video is shared with a caption that reads, “Mmmmm, Was this anywhere said On MSM?? MEANWHILE AT THE AUSTRALIAN OPEN, PROOF VAXXED TENNIS PLAYERS ARE DROPPING LIKE FLIES. ONCE THEY PUT PRESSURE ON THEIR HEARTS THATS WHEN THE ADVERSE EFFECTS OF THE VAX KICKS IN…’Scared’ Dalila Jakupovic Quits Her Australian Open Qualifying Match After a Coughing Fit and Distressed Bernard Tomic Needs a Medical Time-Out as Players Struggle To Breathe In Wind From Bushfires 👀 Dalila Jakupovic Was Leading When She Was Forced to Retire Due to Coughing The Slovenian Admitted Afterwards She Was ‘Scared of Collapsing’ In Melbourne British Player Liam Broady, Who Lost His Match, Also Said He Was ‘Gasping for Air’. Australian Bernard Tomic Called a Medical Timeout Due to Breathing Difficulties.” 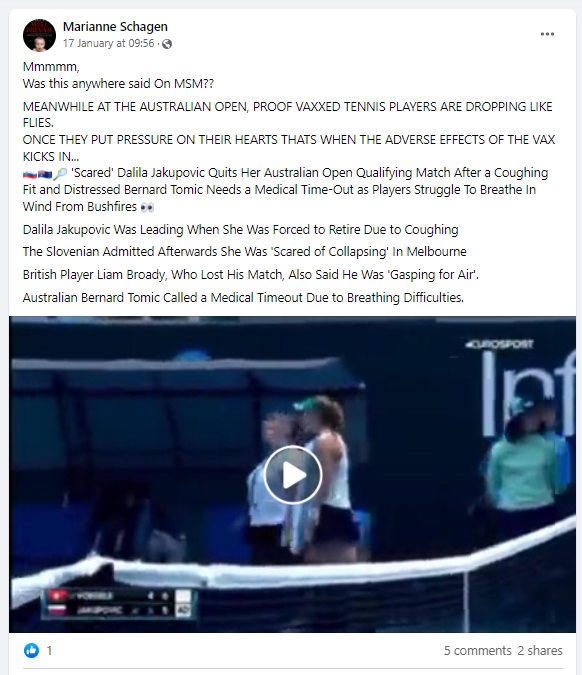 On searching with the keyword, we found the same video was uploaded by ESPN Australia/NZ on its Facebook page on January 14, 2020, with the caption that read, “Dalila Jakupovic has abandoned her Australian Open qualifying match after suffering a coughing fit in thick Melbourne smoke.”

The Guardian also uploaded the video on January 14, 2020, with the description that read, “Slovenian tennis player Dalila Jakupović has been forced to retire during her qualifying match at the Australian Open after suffering from severe coughing fits. The poor air quality in Melbourne already delayed the start of the qualifying rounds as smoke from surrounding bushfires smothered the city. Jakupović claimed the first set 6-4 against Swiss player Stefanie Vögele and looked likely to secure the second but collapsed on court before retiring.” 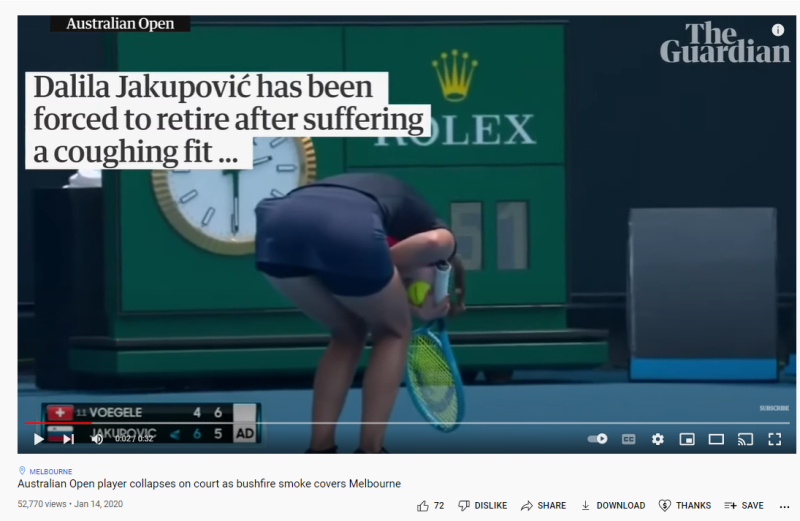