A video in which an excavator truck can be seen falling down a snow-covered road is being widely shared on social media claiming that it shows a recent truck accident that happened in Pakistan’s town Murree.

The video is shared on Facebook with a caption in the Urdu language that can be roughly translated in English to, “The crane overturned during rescue operations in Murree.” 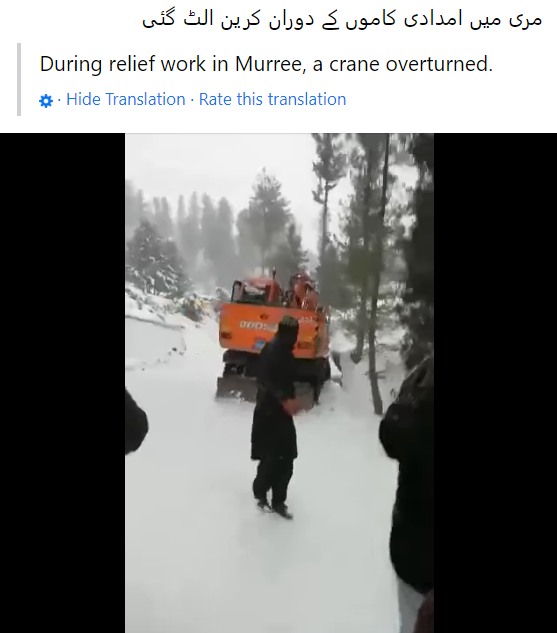 Using the InVid Tool, we extracted keyframes from the video and performed a Reverse Image Search. This search directed us to a news report published on January 7, 2020, that carried the same viral video. The headline of the article reads, “Excavator tumbles from the roadside edge while attempting to rescue car after snowfall brings dangerous conditions in Pakistan.” 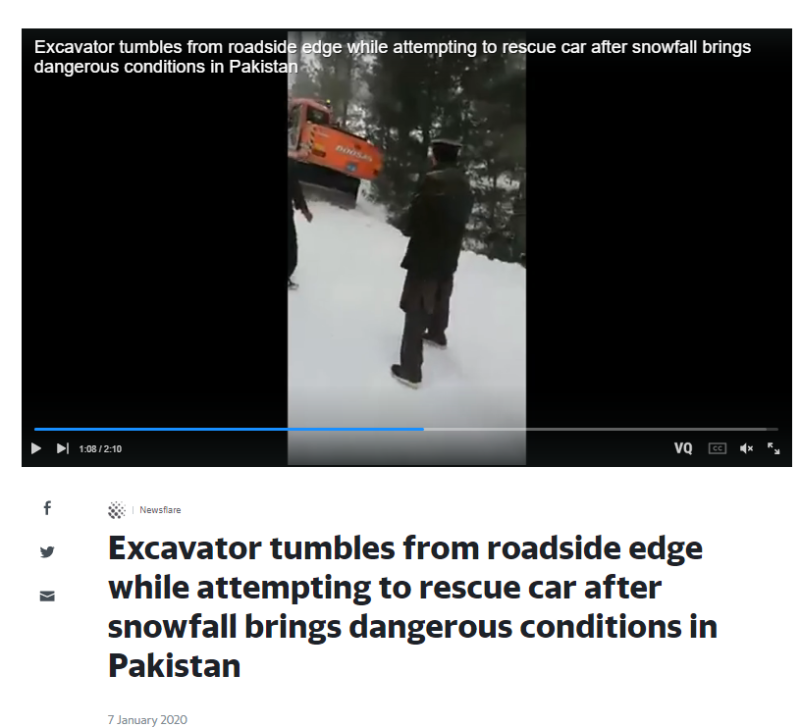 Below is the comparison between the viral video and the video uploaded in January 2020. 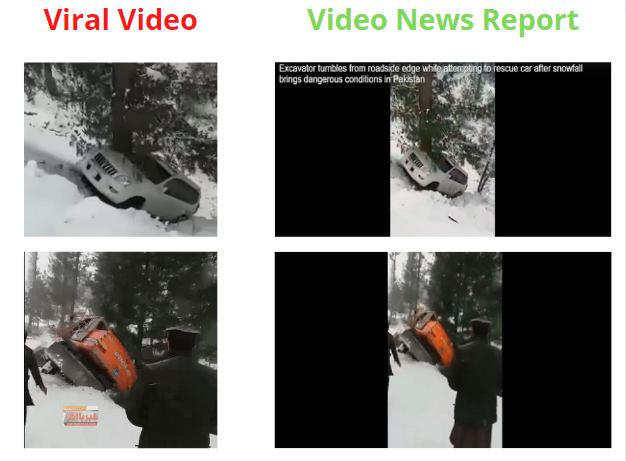 Searching further, we found a shorter version of the video uploaded on YouTube on March 19, 2020, with the description, “Murray Accident (Murree) ll Murray news.” 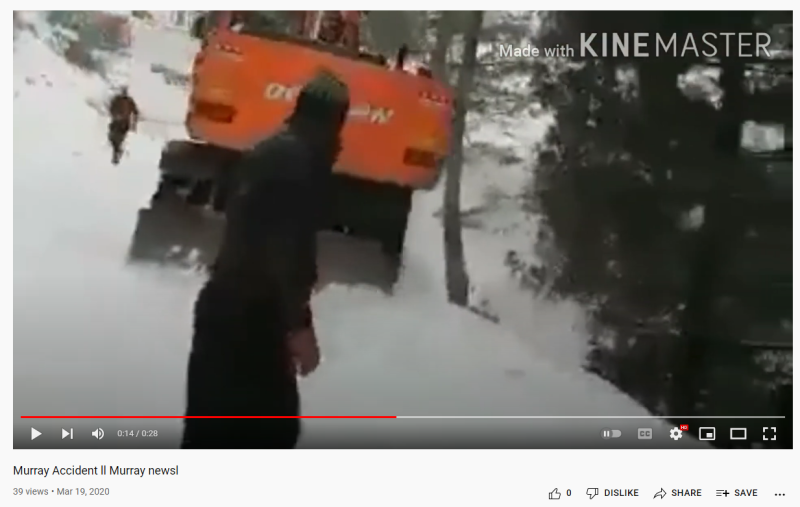 Taking a cue from this, we searched further and found that many news reports have indeed reported the deadly winter storms that hit Pakistan in January 2020.

Thus, it is evident from the above information that an old video has resurfaced as a recent truck accident in Pakistan due to a snow blizzard. Therefore, the viral claim is misleading.