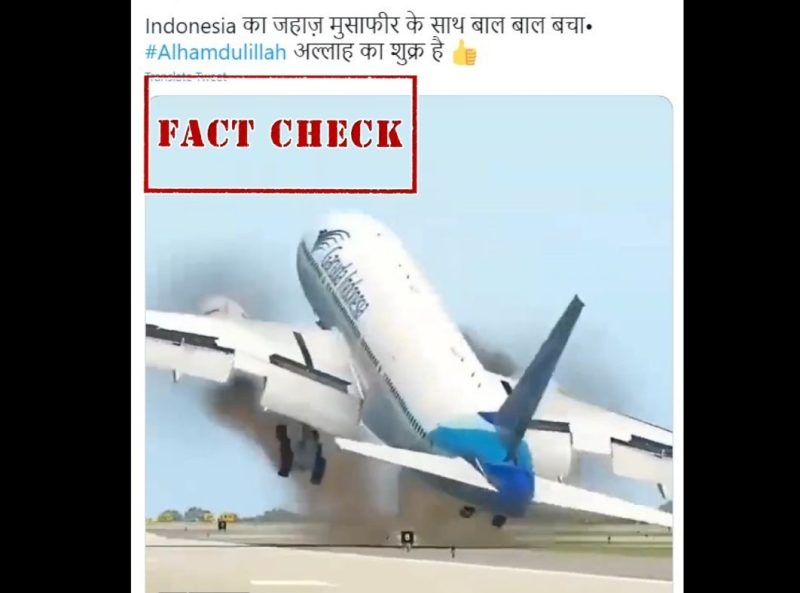 A video is being widely shared on social media platforms showing an airplane virtually tossing and turning in the air and then making emergency landing. It is being claimed that visuals are of an Indonesian commercial flight that nearly crashed into the ground.

A Twitter user shared the video with a caption in Hindi that roughly translates to, “Indonesia plane with passengers on board got saved.” 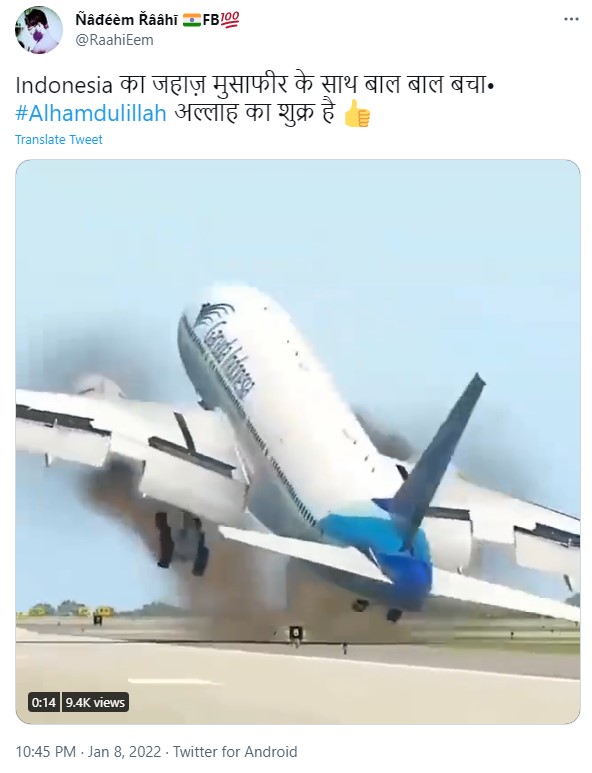 The video is also doing rounds on Facebook with the same claim.

NewsMobile fact-checked the viral video and found it to be created digitally.

With the help of Reverse Image Search, we found the viral visuals uploaded on a YouTube channel named Bopbibun on May 2, 2020. “Most Crazy Emergency Landing By Drunk Pilot | X-Plane 11,” reads the title of the video. The description of the video clearly states that the video has been created digitally. 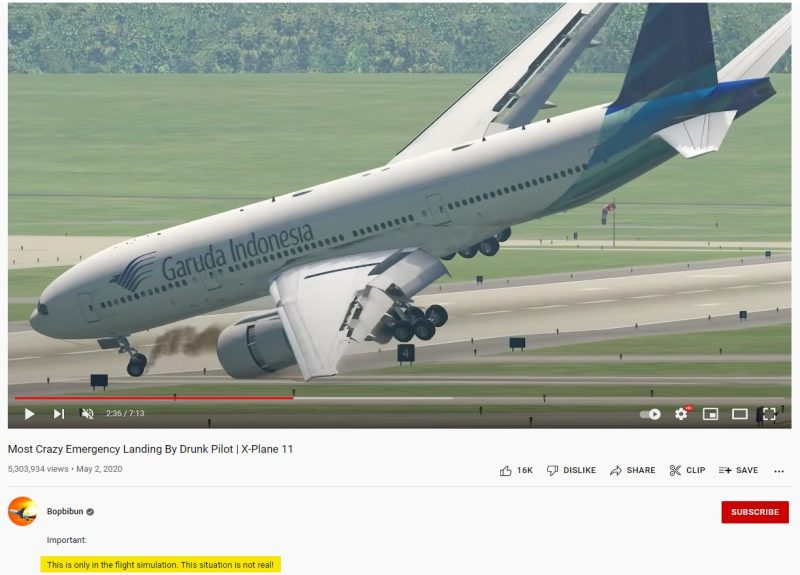 Below is the comparison between the keyframes from both videos. 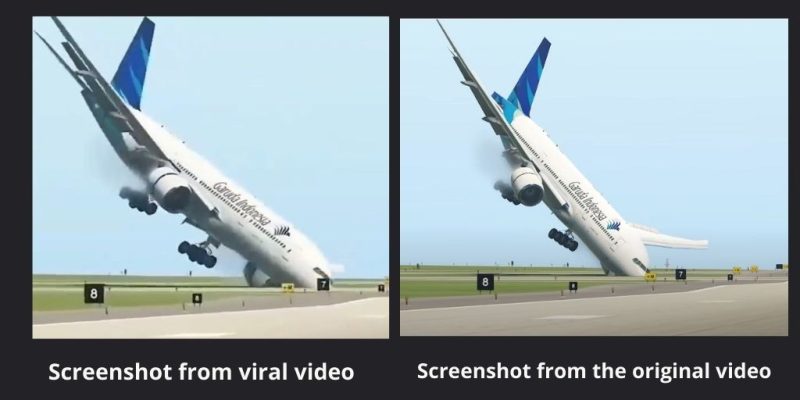 NewsMobile has debunked similar videos earlier too. Here are some of the other claims we debunked:

Therefore, a simulation video of emergency landing is being falsely shared as real.