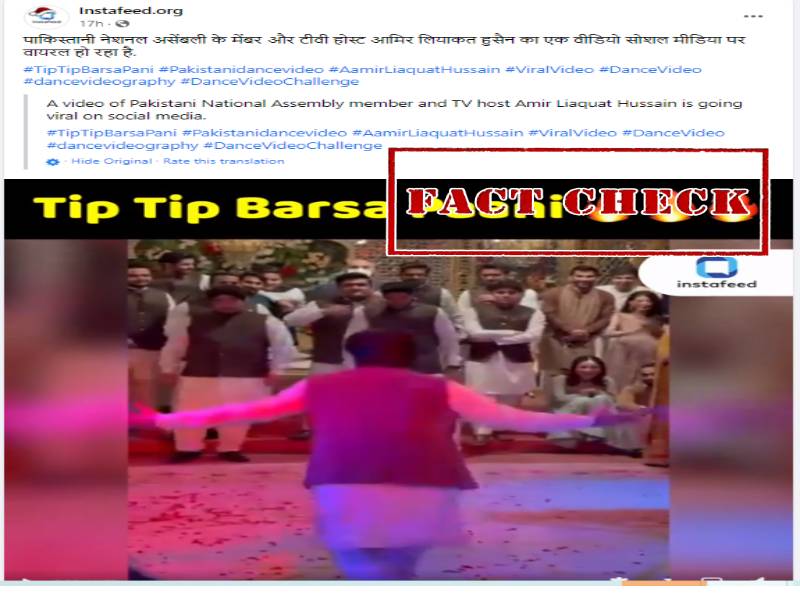 A video of a man dancing on the song ‘Tip Tip Barsa Pani’ has gone viral on social media with a caption claiming that he is Aamir Liaquat Hussain, a Member of the National Assembly of Pakistan. 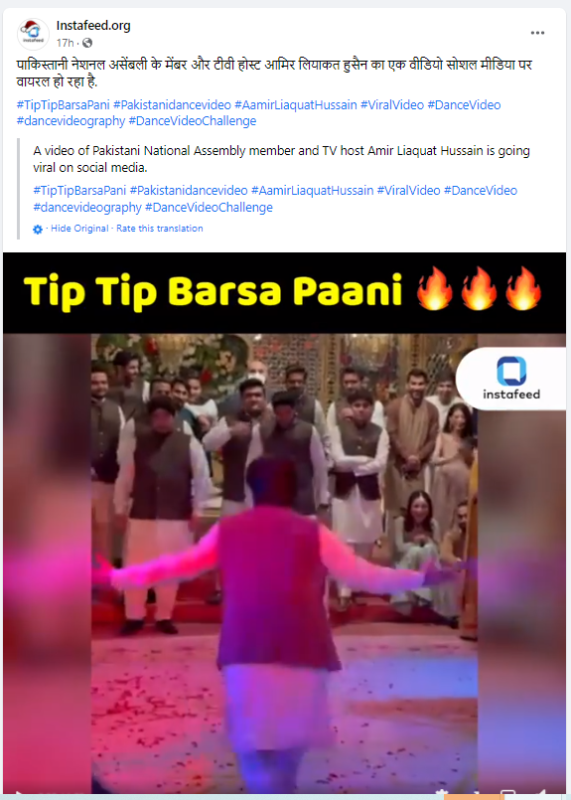 NewsMobile did a fact-check and found the claim to be FALSE.

We found the video was also shared a Twitter user Aman Malik. Replying to Malik’s Tweet, another user said that the man in the viral video is not Aamir Liaquat but choreographer Shoaib. 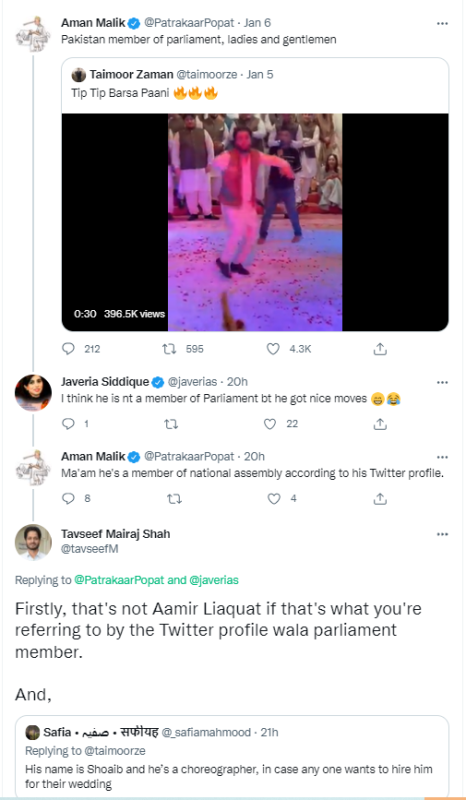 We searched and found that Shoaib Shakoor had also shared the viral video on his Instagram handle.

NewsMobile has reached out to Shoaib Shakoor for further confirmation and the article will be updated upon his reply.

Thus, we can ascertain that the viral video is of Pakistani choreographer Shoaib Shakoor and not of MP Amir Liaquat Hussain.