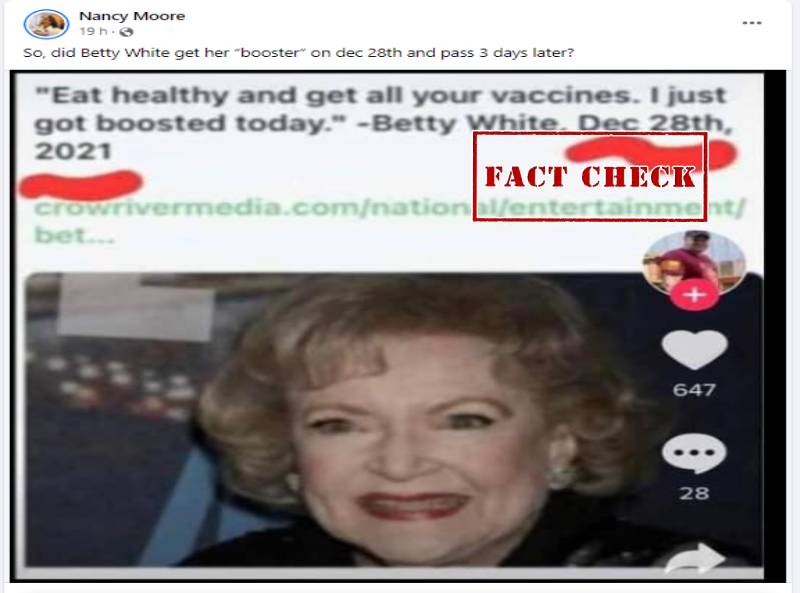 American actress and comedian Betty Marion White Ludden passed away just three weeks before her 100th birthday on December 31, 2021. In this backdrop, a post went viral claiming that Betty White had taken a COVID-19 booster shot days before she passed away. 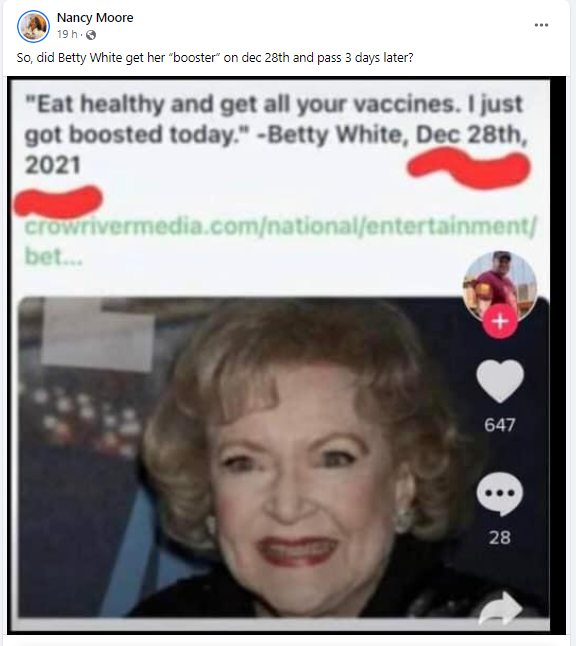 We closely observed one of the viral screenshots and found that it had the link to the website, Crowrivermedia. Taking a hint, we searched with the title mentioned on the screenshot, “Eat healthy and get all your vaccines. I just got boosted today.” 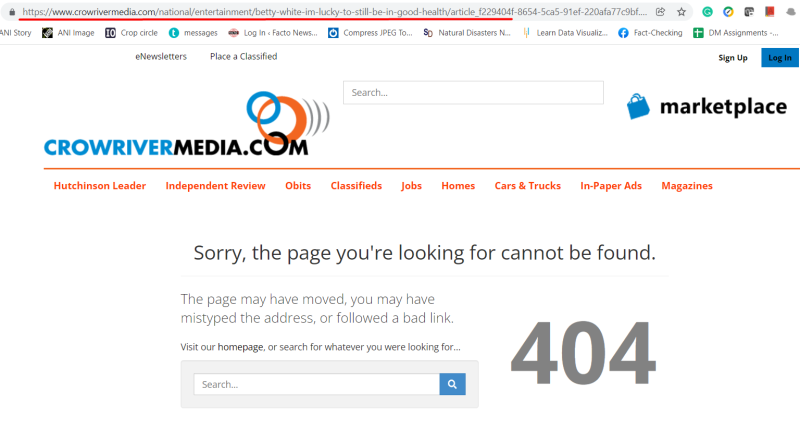 We further found a report by People, stating that Betty White’s agent denied the claim of her receiving the COVID-19 booster shot. The report quoted her agent and close friend Jeff Witjas as saying, “Betty died peacefully in her sleep at her home. People are saying her death was related to getting a booster shot three days earlier but that is not true. She died of natural causes. Her death should not be politicized — that is not the life she lived.”

We also found that later Crowrivermedia also did a story on January 4, 2021, in which they reported that “Betty White’s agent slams COVID-19 booster speculation.”

Thus we can ascertain that Betty White did not get her booster days before her demise.  Hence, the viral claim is fake.