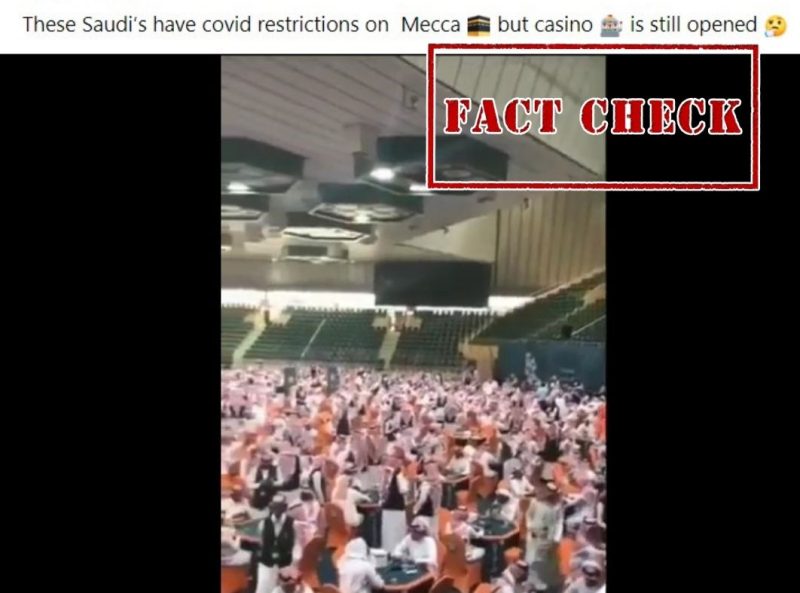 A video is going viral on social media platforms showing a large number of people, in attire usually worn by Saudi men, in a huge hall playing cards. It is being claimed that the visuals are from a casino in Saudi Arabia amid surge in COVID-19 cases.

A Facebook user shared the video with the caption saying, “These Saudi’s have covid restrictions on Mecca but casino is still opened.” 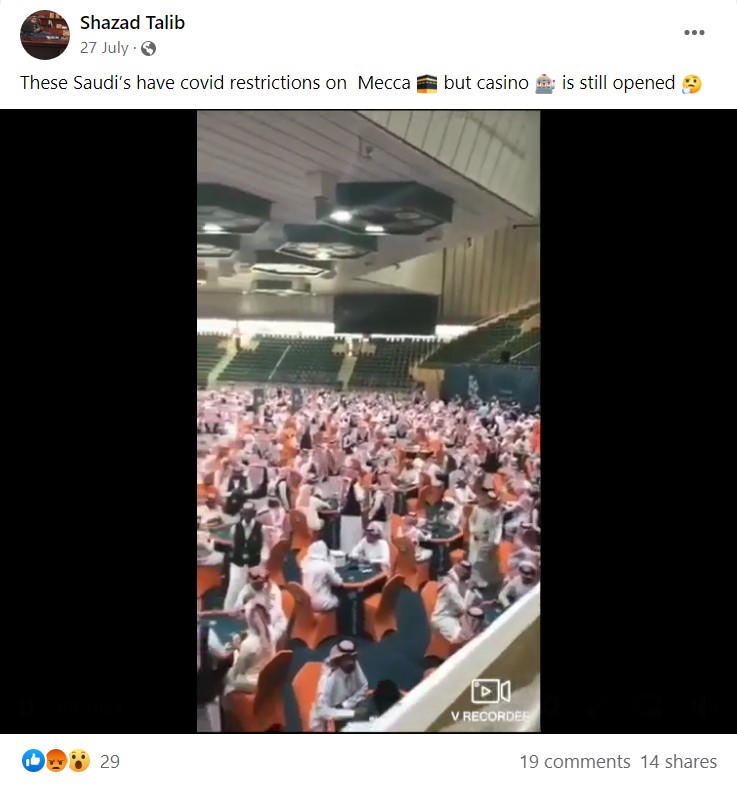 The video is also doing Twitter with the same claim.

NewsMobile fact-checked the viral video and found it to be shared with a misleading claim.

With the help of a Reverse Image Search, we found the same visuals shared on Twitter in April 2018. Taking a hint from this and on performing a relevant keyword search, we found a video report on Al Arabiya English YouTube uploaded on April 5, 2018. “Baloot Championship kicks off in Riyadh,” read the title of the video.

According to news reports, for the first time, Saudi Arabia hosted a popular card game tournament – ‘Baloot’ tournament – in the capital city of Riyadh. The reward for the top four players and the winner was a whopping SR 1 million ($270,000) and SR 500,000 respectively. Over 12,000 people participated in the tournament. ‘Baloot’ is identical to the French game Belote and Rummy played in India and Pakistan.

As per an article published by Saudi Press Agency on April 4, 2018, Saudi Arabia General Sports Authority announced the tournament. According to these reports, several prominent celebrities, political leaders and former football players participated in the tournament.

Therefore, old visuals of the Baloot tournament in Saudi Arabia are being shared with misleading claim.