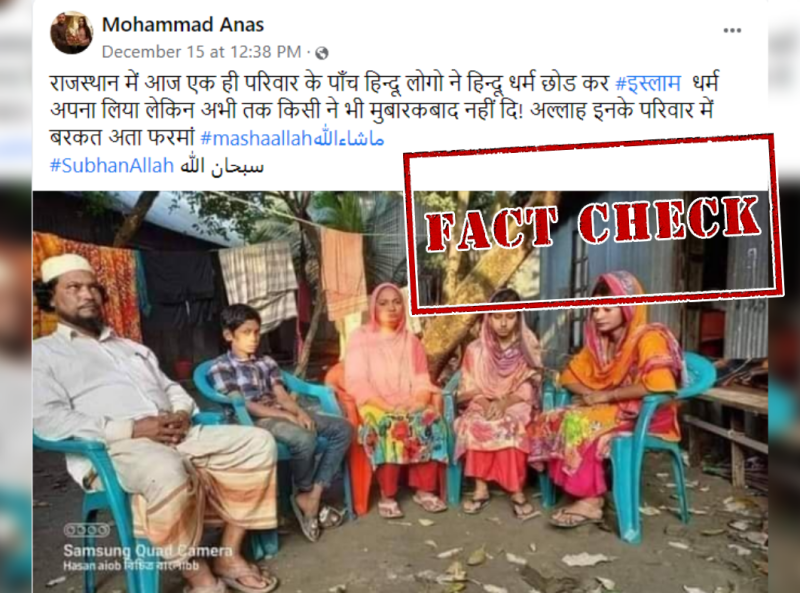 An image of five people sitting on chairs is being widely shared on social media claiming that they were members of a Hindu family who have converted to Islam in Rajasthan.

The image is being shared on Facebook with a caption in Hindi that can be roughly translated in English to, “In Rajasthan today five Hindu people of the same family left Hinduism and adopted Islam religion but till now no one has congratulated! May Allah bless his family.” 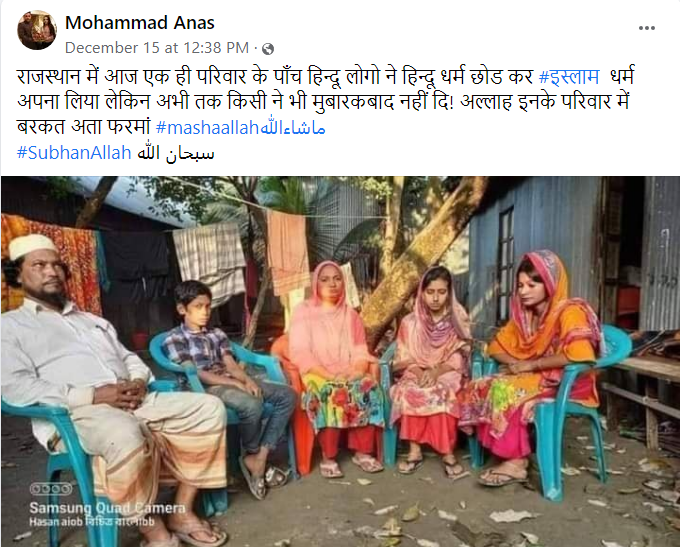 Starting with our investigation, we did a keyword search but could not find any credible media report corroborating the viral claim. 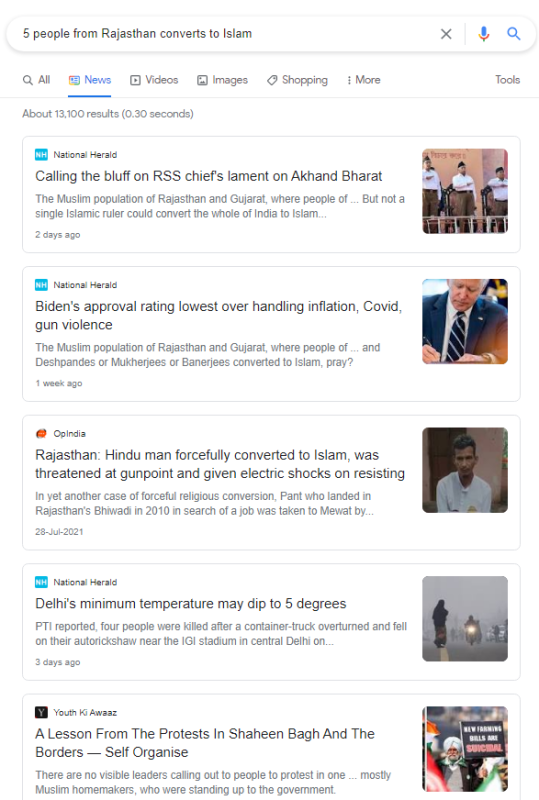 Further, we performed a Reverse Image Search that directed us to a Facebook post uploaded on December 8 which carried the same viral image. According to the post, the incident of religious conversion happened in Bangladesh. The caption of the image can be translated from Bengali to English to, “In Madhabadi of Narsingdi, 5 members of the same family left Hinduism and converted to Islam. Details on YouTube channel.” 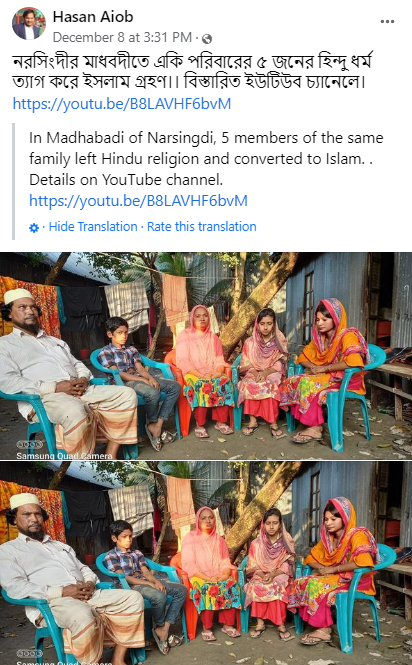 Taking a cue from this, we searched the web with relevant keywords and found a news report published on a Bangladeshi website which carried a similar image. According to the information given in the report, five people of a family living in Madhbari of Narsingdi had left Hinduism and converted to Islam. This picture was taken during that time. Another similar news report can be seen here. 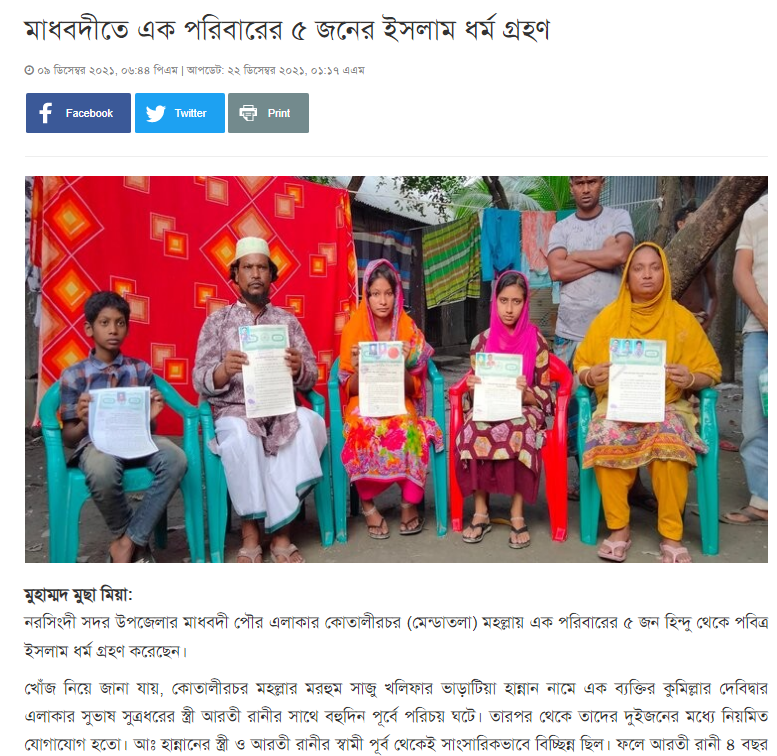 Thus, it is evident from the above information that an incident of religious conversion in Bangladesh is being falsely linked to Rajasthan. Therefore, the viral claim is misleading.