A few video clips have surfaced on social media platforms showing a woman with her lower half covered in fish scales strangled in ropes and garbage. The video is being shared with a claim that a mermaid was spotted on the beaches of Sri Lanka. 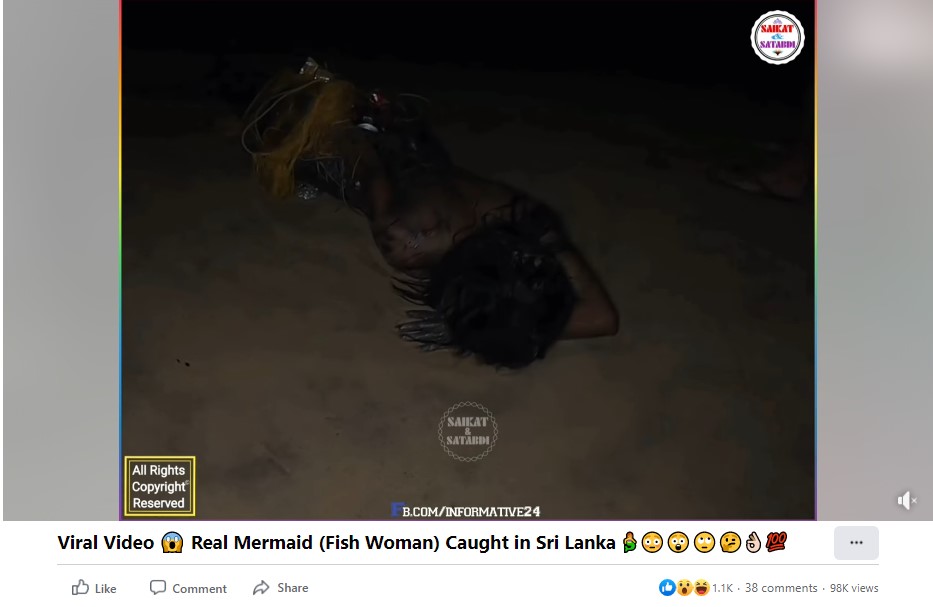 Several other Facebook users are sharing the viral clips with the same claim. The post can be found here.

NewsMobile fact-checked the viral clips and found that they are being shared with a false claim.

With the help of Reverse Image Search, using keyframes of the video, we found a longer version of the video uploaded on YouTube on June 7, 2021, by a verified channel called Trip Pisso based out of Sri Lanka.

“Real Mermaid caught in Sri Lanka,” reads the caption of the video titled ‘Scream of the Mermaid’.

As per the credit section of the video, the short film was conceptualized and directed by Udaya Hewagama, who is also the co-founder of Trip Pisso.

“Are mermaids real? In folklore, a mermaid is an aquatic creature with the head and upper body of a female human and the tail of a fish. Mermaids appear in the folklore of many cultures worldwide, including Europe, Asia, and Africa,” reads a section in the description. 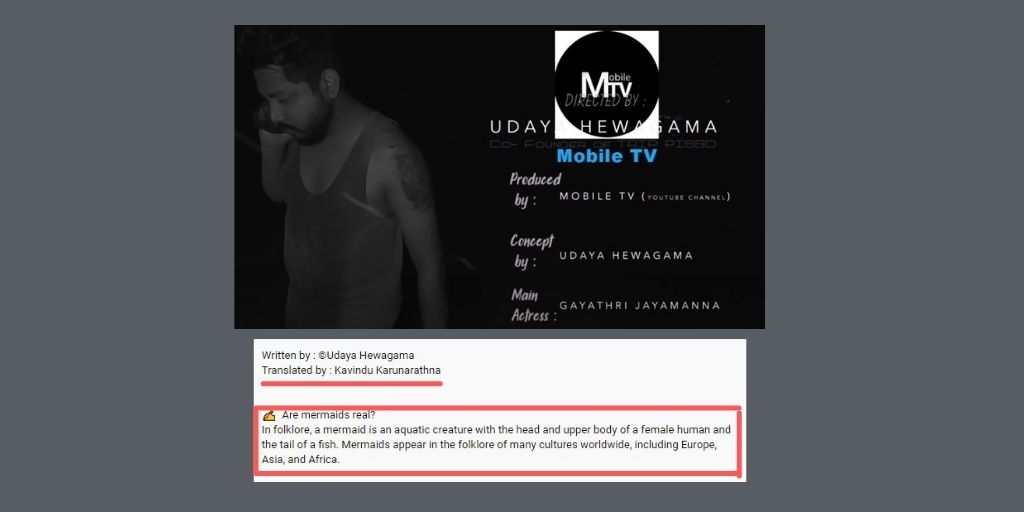 On checking the Facebook page of Trip Pisso, we found ‘behind the scenes’ footage of the short film, in which one can see the actress playing the part of mermaid getting ready with the help of a makeup artists. 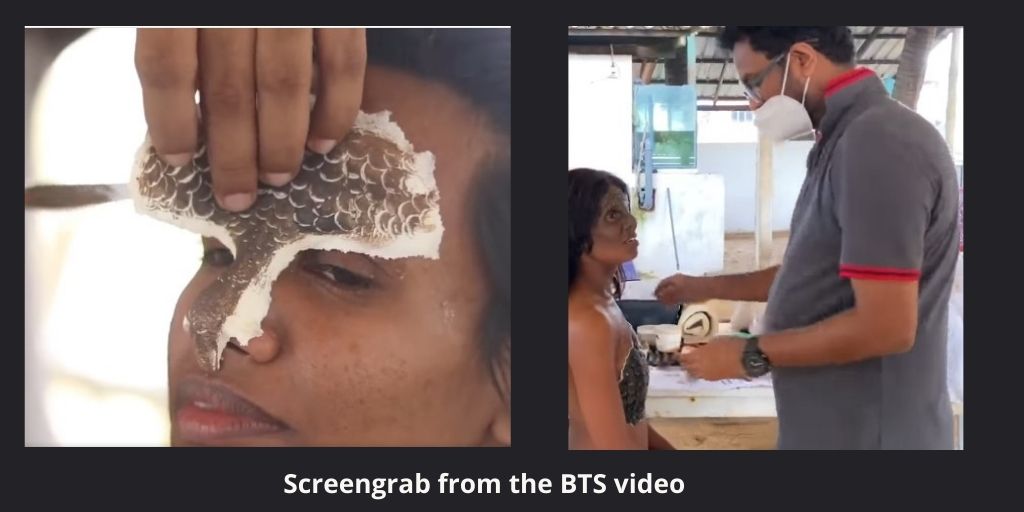 Udaya also posted a synopsis about the film on his Facebook page on June 8, 2021, stating that the film was made on World Ocean Day to spread the message of the importance of sea conservation.

Therefore, we can deduce that that small clips of a short film are being falsely shared to suggest that a mermaid was caught in Sri Lanka