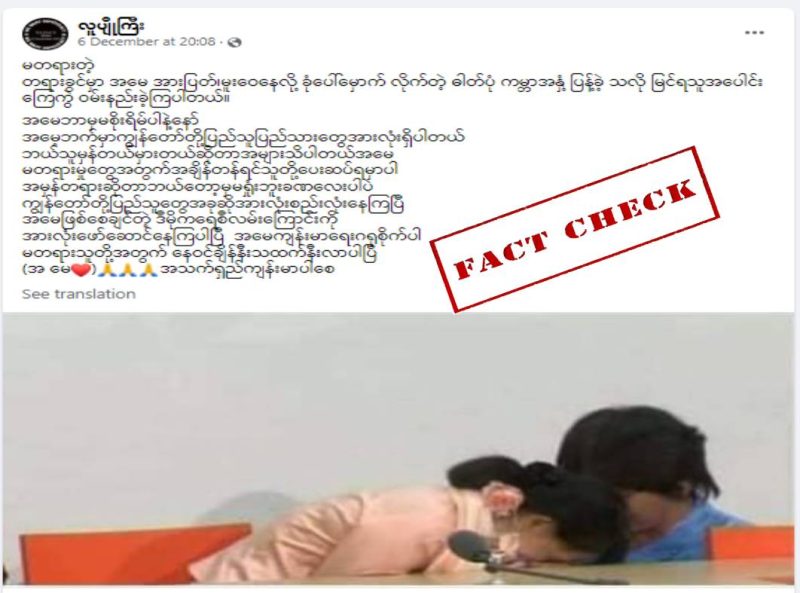 On December 6, 2021, Myanmar’s democratic leader Aung San Suu Kyi was sentenced to jail for being guilty of incitement and violating COVID-19 rules, according to a report by BBC.

In the above context, an image of Aung San Suu Kyi went viral on social media claiming that she fainted during the court trial.

(English translation (via Google): Unfair, Photographs of the mother lying on a bench in a courtroom spread like a wildfire spread around the world, much to the chagrin of onlookers. Mom, do not worry On our mother’s side, we have all the people. We all know who is right and who is wrong. They will have to pay for the injustices in due course. Truth is never lost for a moment Our people have now united The path to democracy that I want to be a mother Take care of your mother’s health. The sun is setting for the wicked.) 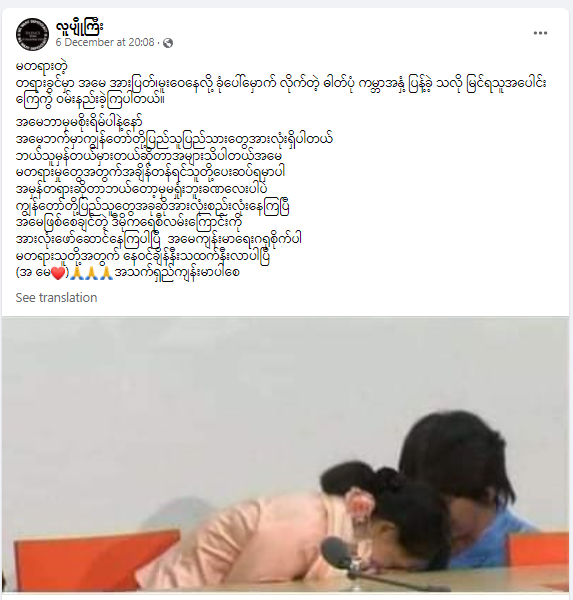 We searched with the keywords but could not find any media report to suggest that Aung San Suu Kyi fainted during the court proceedings.

Further, doing a Google Reverse Image Search, we found that the same image was published by a website named Desert.com on June 14, 2012. The caption associated with the image read, “In this image taken from AP Television News Myanmar opposition leader Aung San Suu Kyi, puts her hand to mouth before becoming ill at a press conference in Bern, Switzerland, Thursday, June 14, 2012. Suu Kyi said she felt exhausted after her long trip from Asia to Europe. A spokesman for the Swiss Foreign Ministry said Suu Kyi recovered enough to briefly attend a reception with government officials but then retired to her room. Suu Kyi was her first trip to Europe since 1988.” 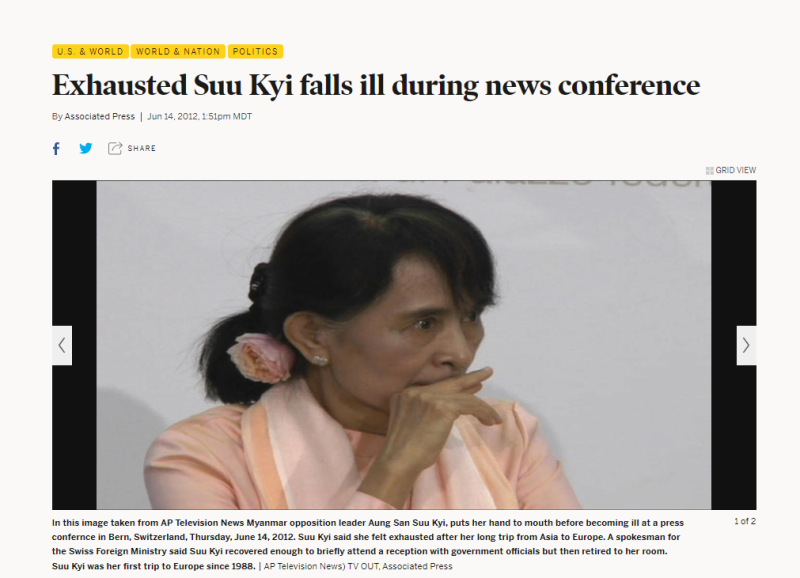 We also found a video of the incident that was uploaded by the Associated Press on June 15, 2012. The description of the video read, “Myanmar opposition leader Aung San Suu Kyi fell ill during a news conference in Switzerland on Thursday, shortly after saying how exhausted she was after a long trip from Asia to Europe, her first in 24 years. (June 14).” 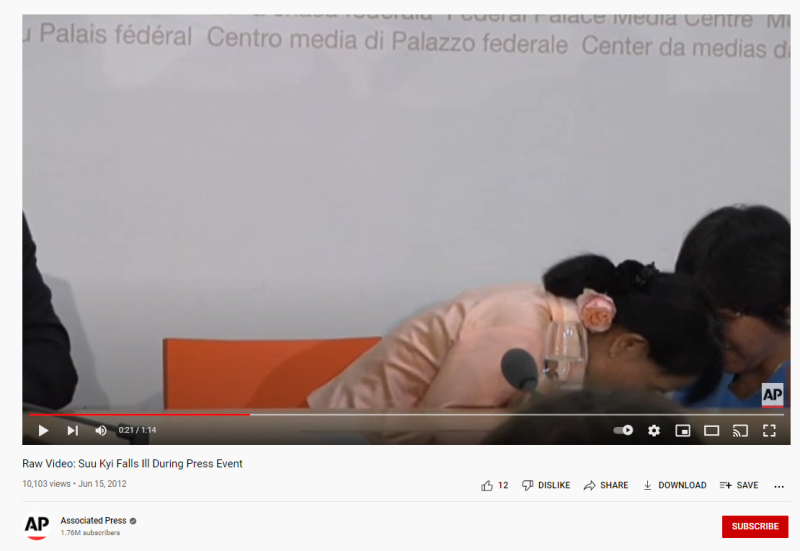 Thus, it is clear that an old image of Suu Kyi falling ill during a press conference is widely being shared with a fake claim that she fainted during a court trial.