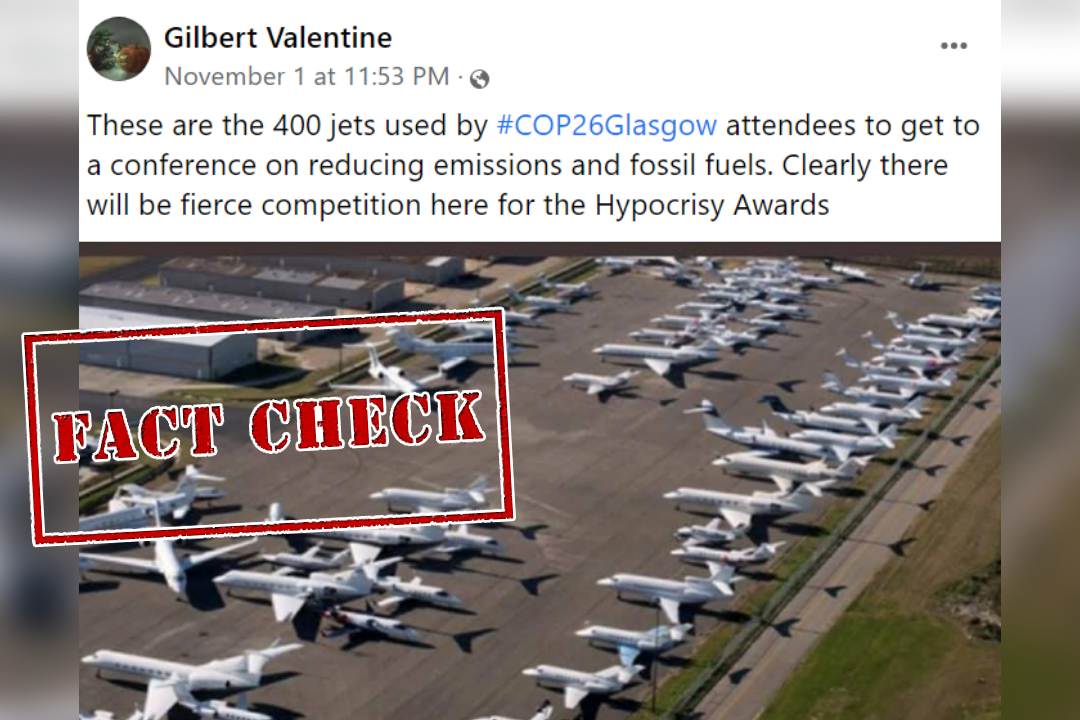 An image of parked planes has gone viral on social media with a claim that these are jets of the COP26 global climate summit attendees being held at Glasgow.

The image is being shared on Facebook with a caption that reads, “These are the 400 jets used by #COP26Glasgow attendees to get to a conference on reducing emissions and fossil fuels. Clearly, there will be fierce competition here for the Hypocrisy Awards.” 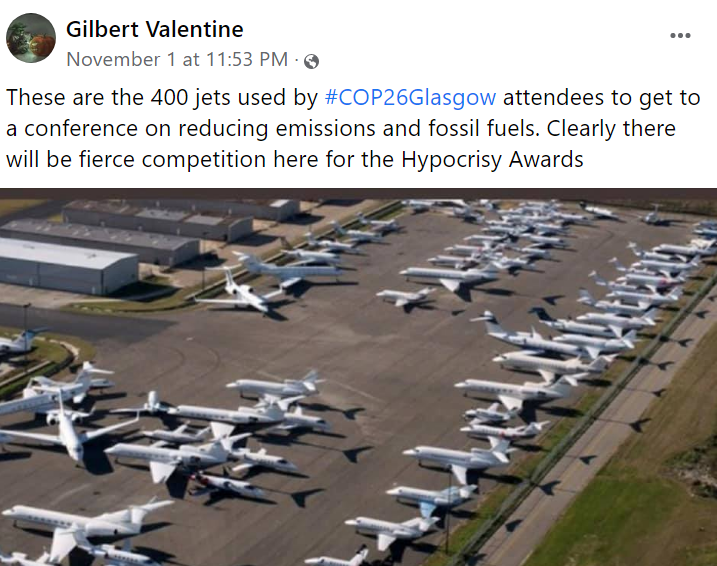 NewsMobile fact-checked the above post and found the claim to be false.

A simple Reverse Image Search directed us to a news article published on February 5, 2013, which carried the same viral image. The caption of the image reads, “Nearly 700 business jets flocked to New Orleans Lakefront Airport for the biggest sporting event of the year.” 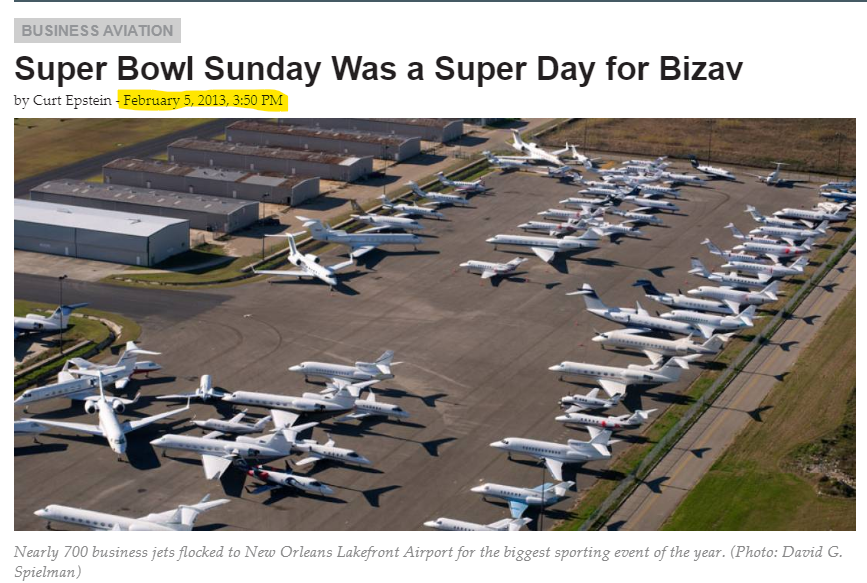 Below is the comparison between the viral image and the image published in the article.

Searching further, we found the same image uploaded in another article published on January 28, 2014, with the headline, “Super Bowl Expected to Create Traffic Jam at Teterboro Airport.” 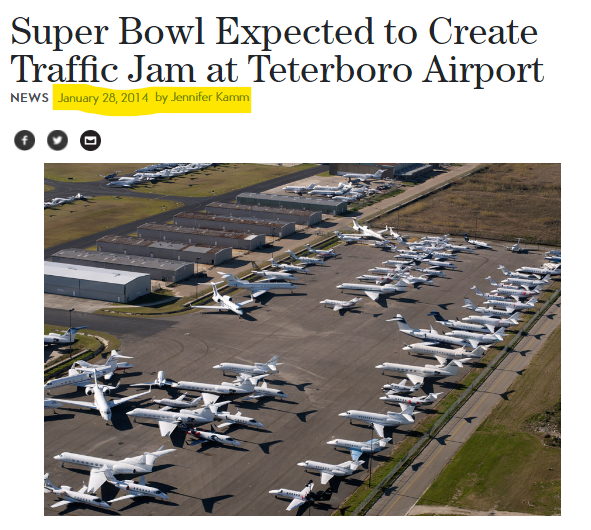 We found the same image published in an article dated February 6, 2019, with the headline, “Super Bowl Sunday Was a Super Day for Business Aviation.”

Although we could not independently ascertain the location of the viral image, it is evident from the above information that the image has been on the internet since at least 2013.

However, it is true that there has been criticism against world leaders and other delegates who have travelled to the COP26 summit in private jets.

Earlier also, NewsMobile had fact-checked a similar claim when an old image of parked planes was falsely linked to G7 Summit.

Thus, it is evident from the above information that the viral image is old and NOT related to the COP26 summit.