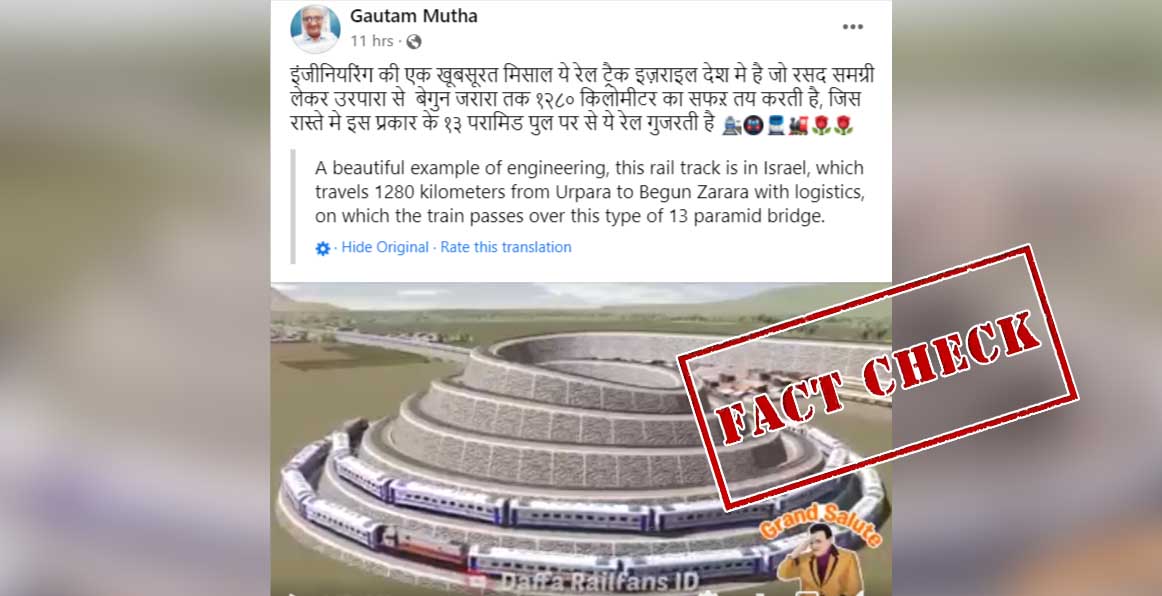 A video of a train going up a circular track is being shared on social media with the claim that it is a marvellous feat of engineering from Israel.

(English Translation: A beautiful example of engineering, this rail track is in the country of Israel, which covers a distance of 1280 km from Urpara to Begun Jarra, in which way this rail passes through 13 such pyramid bridges.) 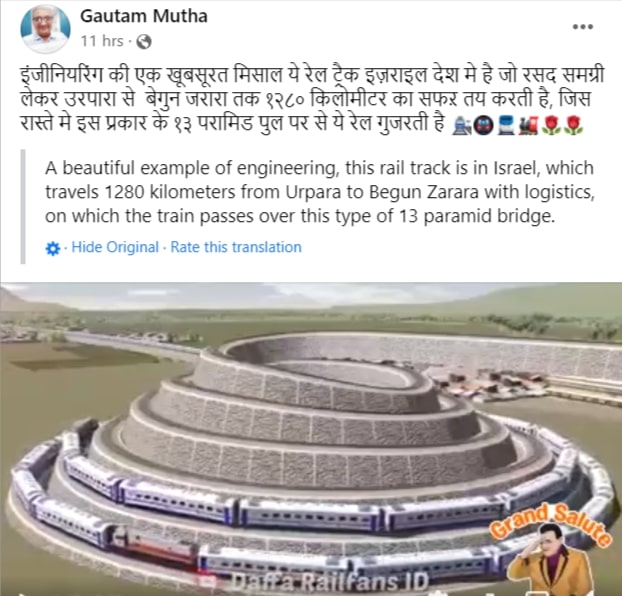 While examing the video, we noticed a watermark saying ‘Daffa Railfans ID‘ along with a small logo of YouTube at the bottom. Taking a cue, we ran a search found that multiple videos in a similar format have been uploaded by this channel over time. 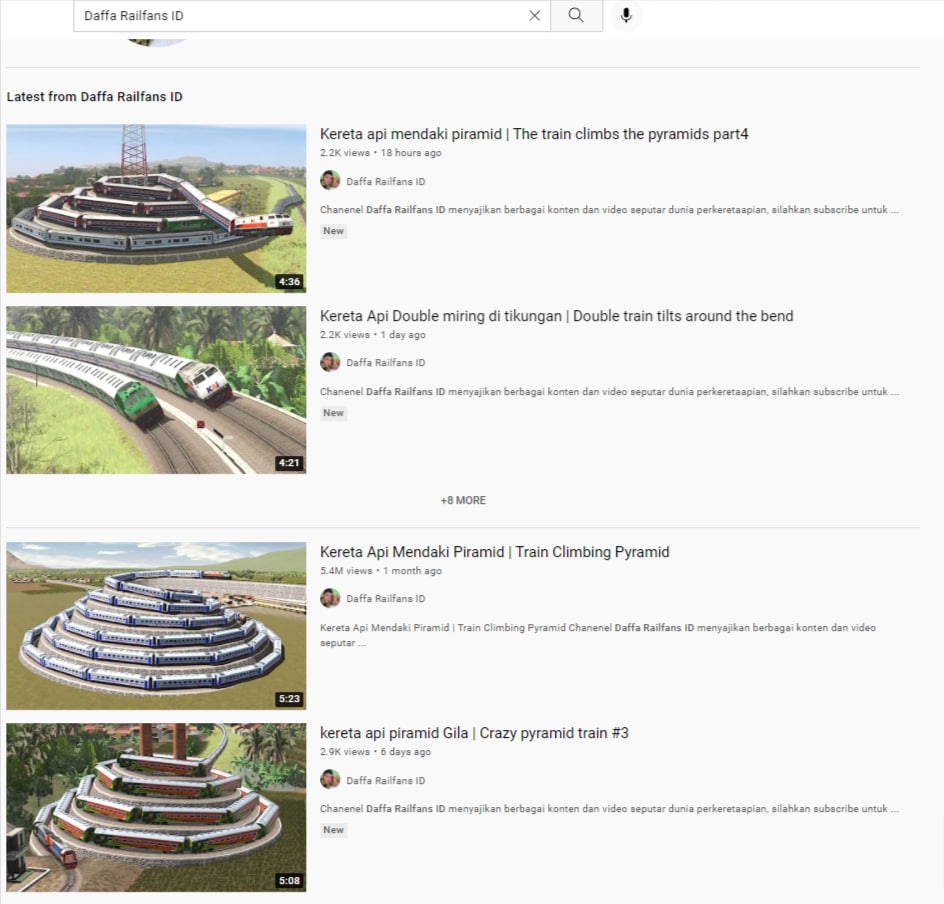 We found that the particular video that is being circulated on social media was posted on this YouTube channel on September 21, 2021.

We also checked the channel carefully and found that in the About Us section it is mentioned that all these are simulation videos of a 2019 game.

We also found a link to the game ‘Trainz Railroad Simulator 2019‘ in the video descriptions and located similar videos of the game uploaded by other YouTube channels.

In February 2021, NewsMobile debunked another simulation video of the game which was being shared with a false claim that it was a ‘Floating train in China’.

Based on the above information, we can conclude that the viral video is a simulation video and is NOT real.