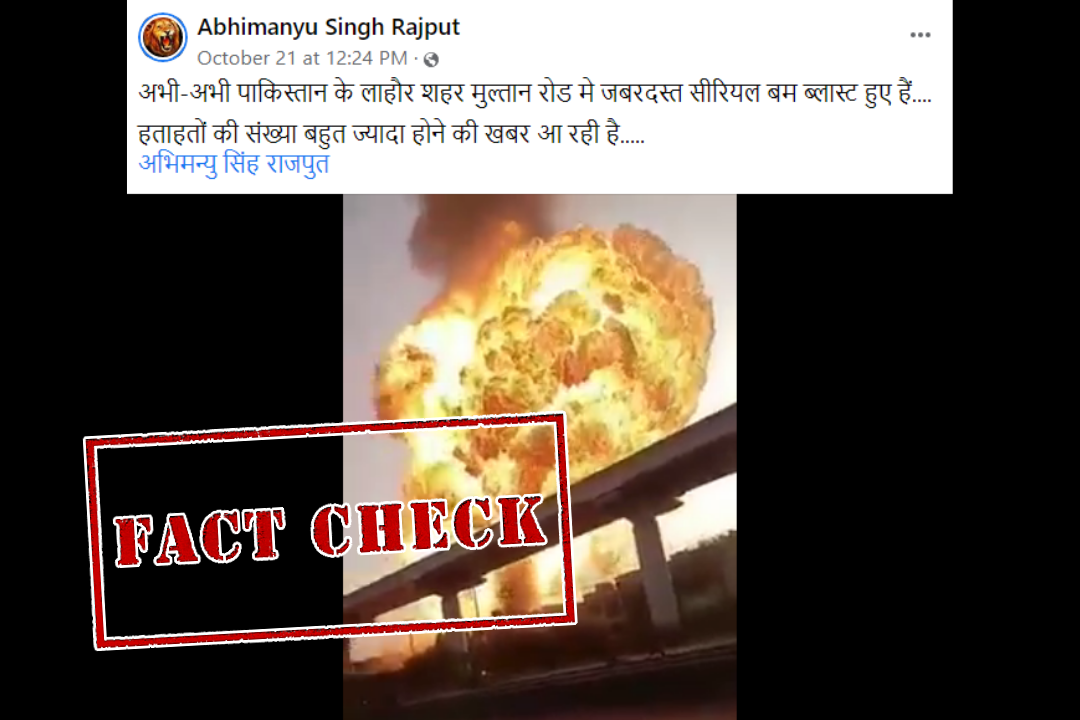 A video of a large explosion is going viral on social media in which a plume of fire and smoke can be seen touching the sky. It is being claimed through this video that it shows a recent serial bomb blast in Lahore, Pakistan.

The video is being shared on Facebook with a caption in Hindi that can be roughly translated in English to, “Recently, there have been tremendous serial bomb blasts in the Lahore city of Multan Road in Pakistan. There are reports of casualties being very high.” 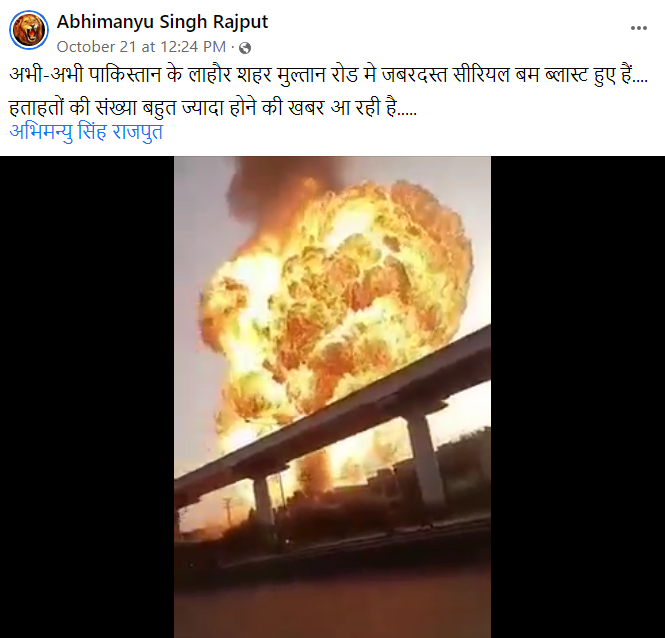 Here’s the link to the above post. Check similar posts here, and here.

We found another video news report uploaded on October 22, 2021, that also featured the same viral video. The video description read, “At least two labourers died as a boiler of beverages producing factory located at Lahore’s Multan Road exploded on Thursday. As per details, the fire engulfed the factory building after its boiler exploded. The factory and the nearby buildings have been badly affected due to the intensity of the blast.”

Taking a cue from this, we did a keyword search and found an article published on October 21, 2021, stating that two men died as a boiler of a beverage factory located at Lahore’s Multan Road exploded. Check similar news reports here and here. 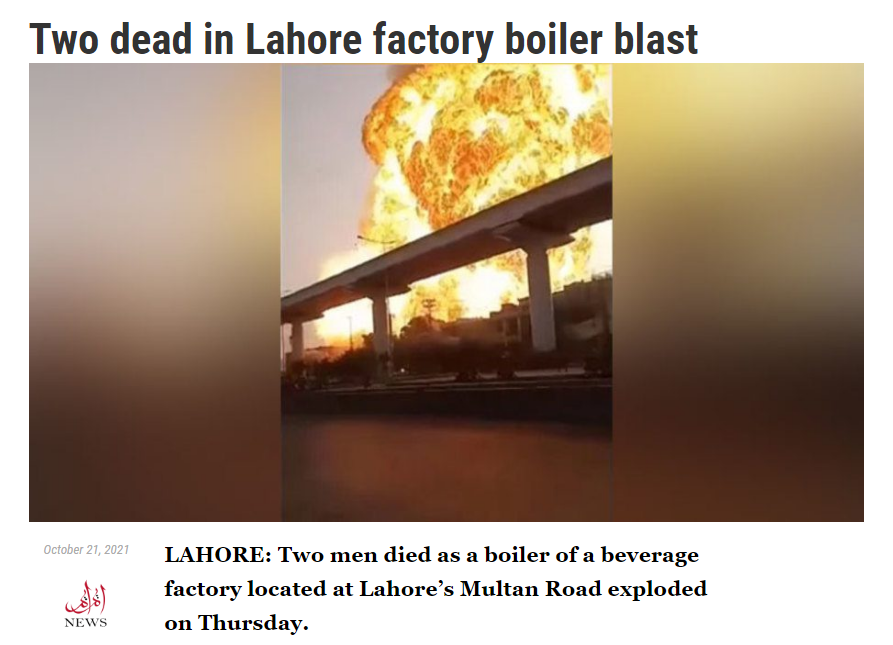 We could not find any report which stated that the blast at the factory in Lahore was a serial blast or triggered by some terrorist organisation. Therefore, the viral claim is misleading.