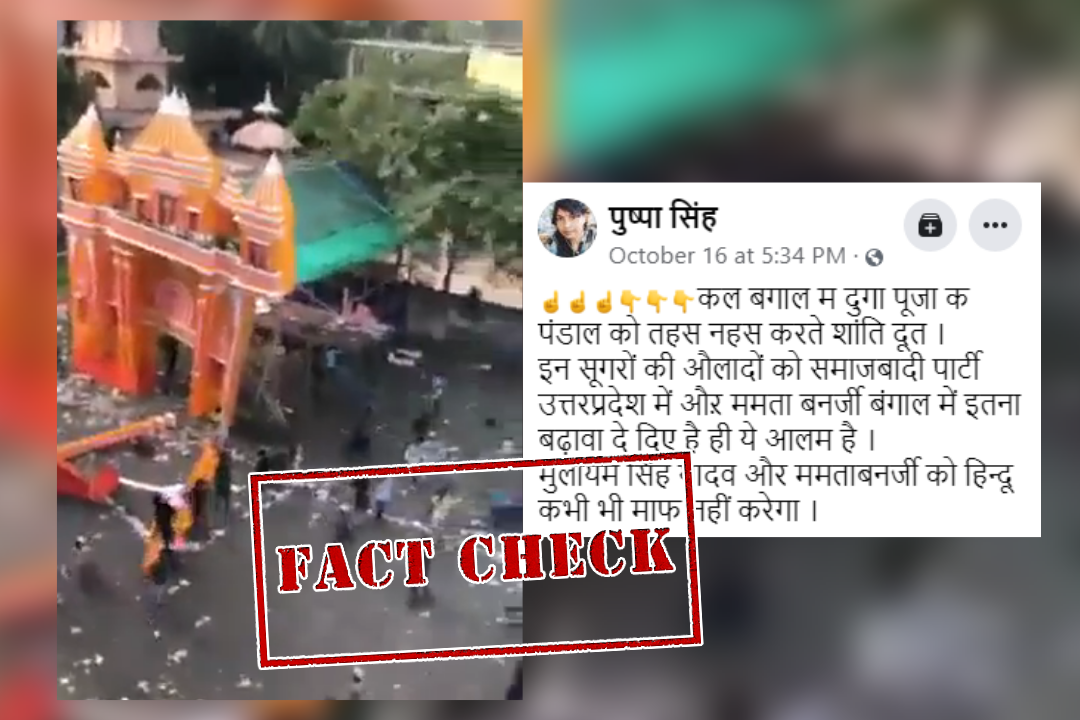 A video in which a huge crowd creating a ruckus and vandalising a Durga Puja pandal can be seen has gone viral on social media with a claim that it is from West Bengal.

The video is being shared on Facebook with a caption in Hindi that can be roughly translated in English to, “Peace messengers destroying Durga Puja pandal in Bengal yesterday. The children of these pigs have been promoted so much by the Samajwadi Party in Uttar Pradesh and Mamata Banerjee in Bengal. Hindu will never forgive Mulayam Singh Yadav and Mamata Banerjee.” 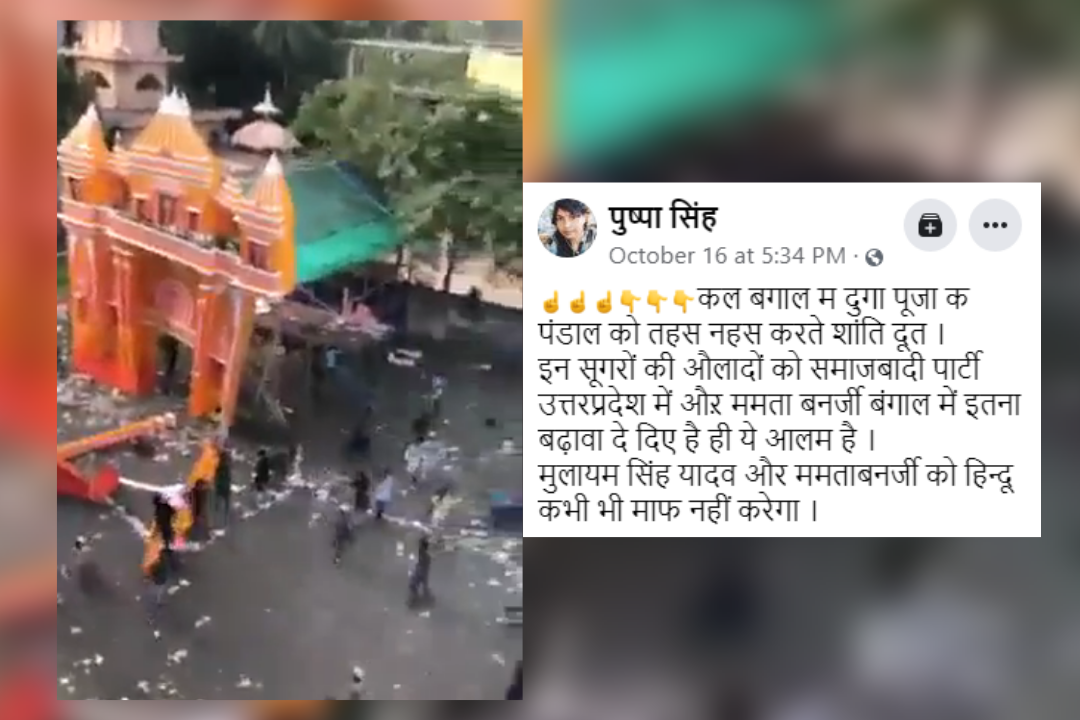 We extracted keyframes from the video and performed a Reverse Image Search. This led us to many Facebook posts that carried the same viral video claiming that this incident happened in Bangladesh. The caption of the video can be translated to, “Terrible situation in Noakhali Trishul, Mangala, Navadurga, Vijaya Pandel, Kotbari temples have been set on fire. The houses of the Hindus are being ransacked, one temple after the other is being set on fire.”

Searching further, we found the same video retweeted by the official Twitter handle of Bangladesh Hindu Unity Council with the caption “History Repeats.” The video is claimed to be from the Noakhali District, Bangladesh.

We also found many news articles that reported the same incident stating that the Durga Puja pandal in front of ISKCON temple in Bangladesh was vandalised. We also found a tweet by the Vice President and Spokesperson of the ISKON temple in which he stated, “Just a few hours back today, around 500 Muslim mob gathered outside @iskcon. Temple in Naokhali and they broke Deities inside ISKCON temple and set the temple on fire. They also destroyed Durga Devi in front of the ISKCON Temple. Our devotees fought: many are critical.”

We also found that Bangladesh Prime Minister Sheikh Hasina also issued a statement firmly affirming that “the perpetrators will be hunted down and punished.”

Thus, it is evident from the above information that a video from Bangladesh is being falsely shared as the Durga Puja pandal vandalised in West Bengal. Therefore, the viral claim is false.