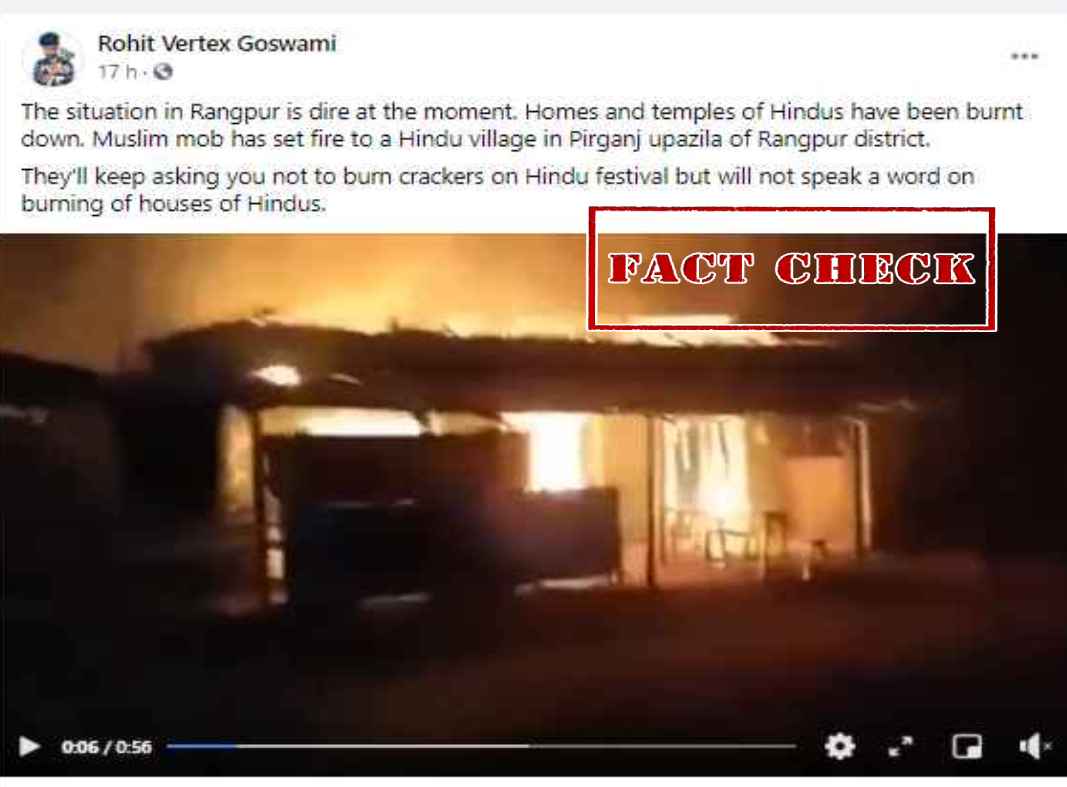 Violence broke out against the Hindu community in Bangladesh recently over alleged desecration of the Quran during Durga Puja festivities in Comilla. The violence continued unabated as an irate mob torched several houses and attacked temples belonging to members of the Hindu community at a village in Rangpur’s Pirganj Upazila.

In this backdrop, a video has gone viral on social media with a claim that it shows houses and temples burning in Pirganj Upazila of Rangpur district.

The video is being shared with a caption that reads, “The situation in Rangpur is dire at the moment. Homes and temples of Hindus have been burnt down. Muslim mob has set fire to a Hindu village in Pirganj upazila of Rangpur district. They’ll keep asking you not to burn crackers on Hindu festival but will not speak a word on burning of houses of Hindus.” 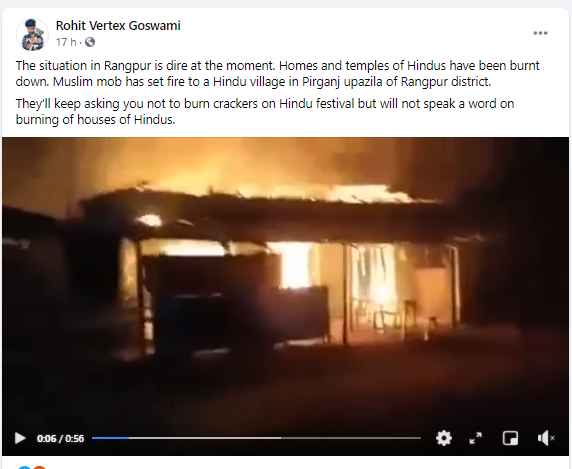 On breaking the video into multiple keyframes and doing a Google Reverse Image Search with one of the keyframes, we found that a screenshot of the video was published on a website of Times 8 on October 14, 2021. The title of the article associated with the image read, “Puja pandal and four shops gutted in fire in Tripura.” According to the report, a fire broke out in Maracherra Bazar Committee in Kamalpur, Tripura. Four shops and a Durga Puja pandal were gutted by fire. 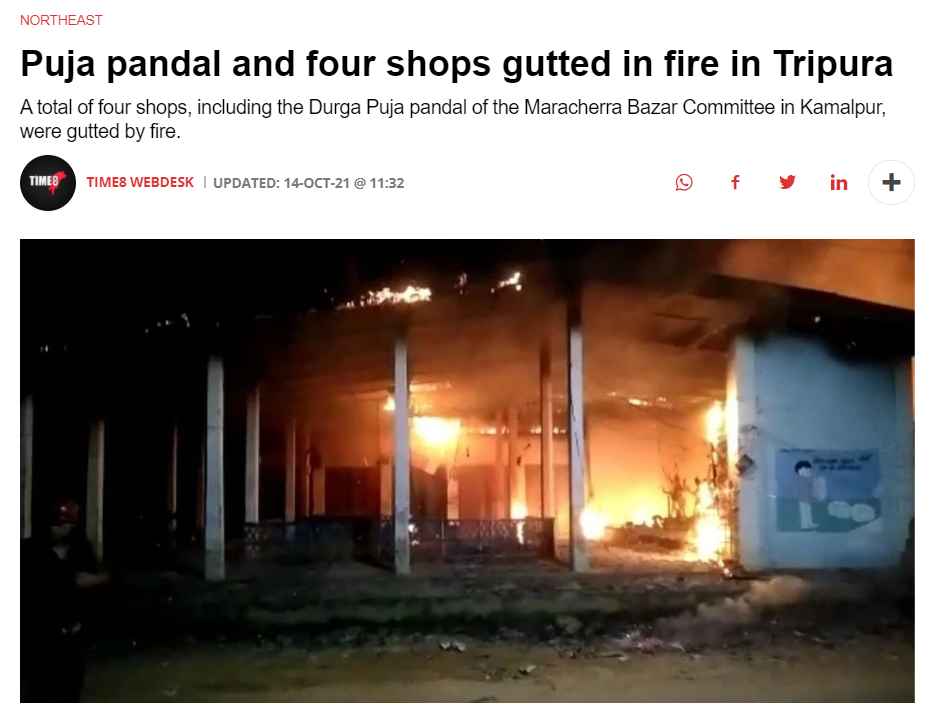 We compared the original image with the viral image and found both images to be the same. 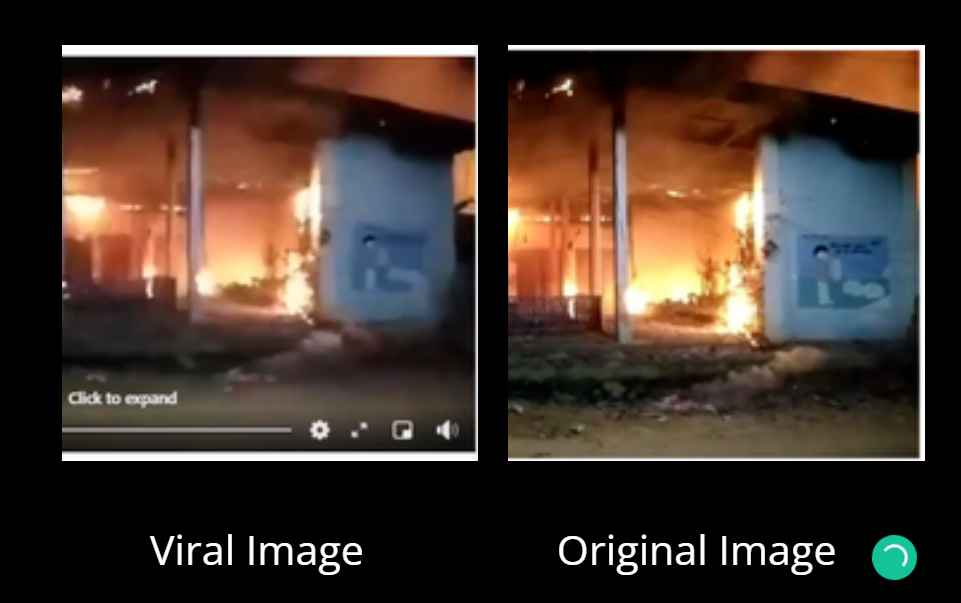 Hence, we can ascertain that the viral video is from Tripura and is NOT related to the ongoing violence in Bangladesh.