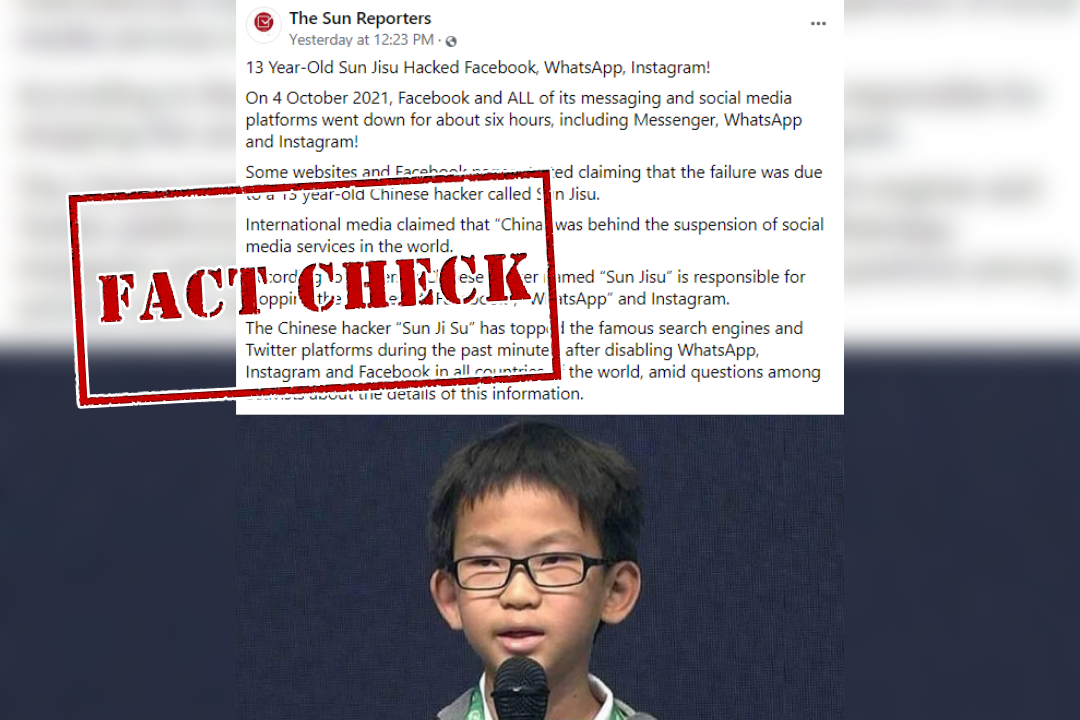 On October 4, 2021, leading social media platforms Facebook, Instagram and WhatsApp faced global outage for at least six hours. Against this backdrop, a post is being widely shared on social media claiming that a 13-year-old Chinese hacker Sun Jisu was responsible for this global outage. This piece of information has been attributed to global news agency Reuters.

The post is being shared on Facebook with a caption that reads, “13-Year-Old Sun Jisu Hacked Facebook, WhatsApp, Instagram! On 4 October 2021, Facebook and ALL of its messaging and social media platforms went down for about six hours, including Messenger, WhatsApp and Instagram! Some websites and Facebook pages started claiming that the failure was due to a 13-year-old Chinese hacker called Sun Jisu. International media claimed that “China” was behind the suspension of social media services in the world. According to Reuters, a Chinese hacker named “Sun Jisu” is responsible for stopping the services of “Facebook”, “WhatsApp” and Instagram. The Chinese hacker “Sun Ji Su” has topped the famous search engines and Twitter platforms during the past minutes, after disabling WhatsApp, Instagram and Facebook in all countries of the world, amid questions among activists about the details of this information.” 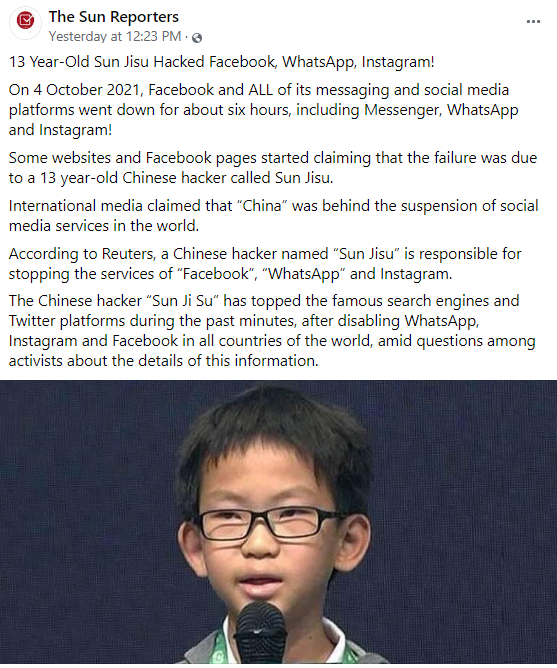 Starting with our investigation, we did a keyword search but could not any credible news article which reported about any young Chinese hacker named ‘Sun Jisu’ as being responsible for the global outage.

Then, we did a Reverse Image Search and found the viral image uploaded in a Daily Mail article published on October 8, 2014. According to the article, the boy in the image is ‘Wang Zhengyang’ who is considered China’s ‘hacking prodigy’. Check a similar news article here. 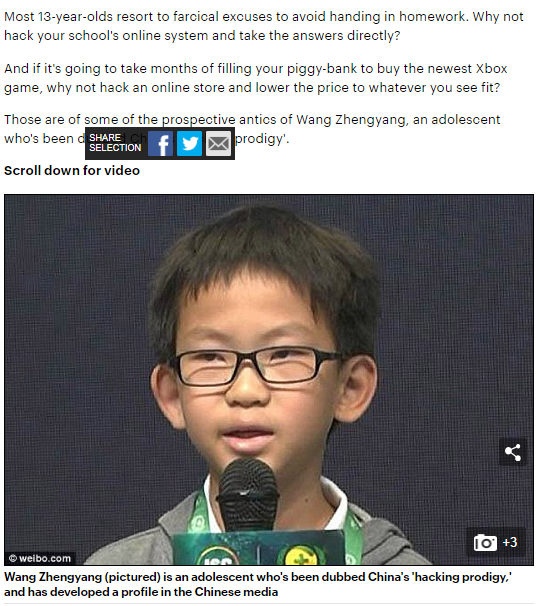 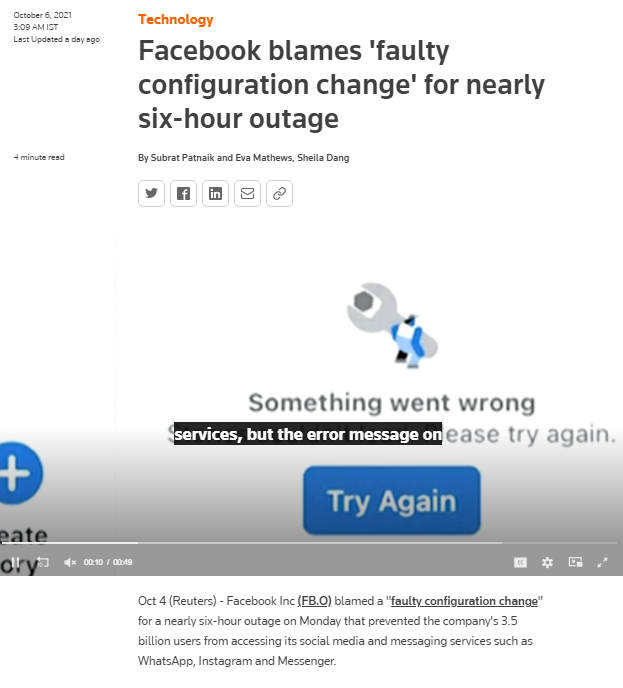 According to a Facebook blog post dated October 4, 2021, the root cause of the problem was “faulty configuration change”. 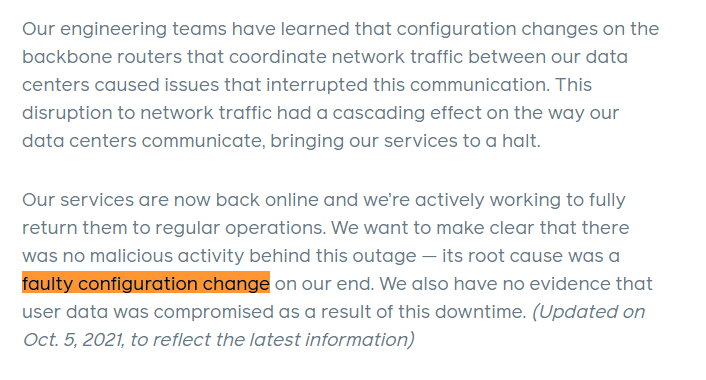 Another Facebook blog post uploaded on October 5, 2021, read, “This outage was triggered by the system that manages our global backbone network capacity.” Nowhere in the post, anything related to a “Chinese hacker” has been mentioned.

Thus, it is evident from the above information that a viral post claiming that a 13-year-old Chinese hacker Sun Jisu was responsible for Facebook outage is FAKE.