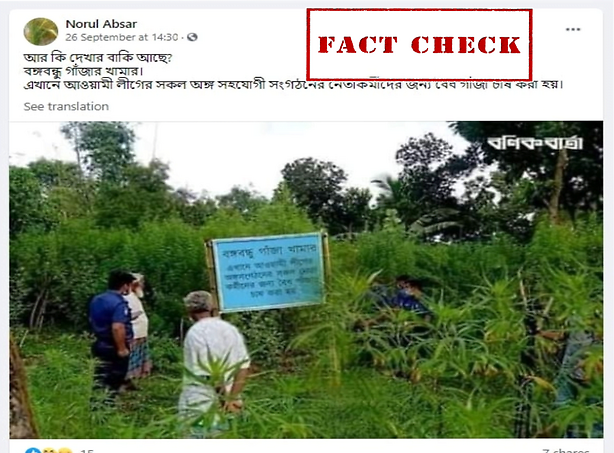 An image of a farmland with a board that states ‘Bangabandhu Cannabis Farm’ in Bengali is being shared on social media with a claim that cannabis is being legally cultivated for the leaders of the Awami League, the ruling party of Bangladesh since 2008.

(English translation, “What else is left to see? Bangabandhu cannabis farm. Here legal marijuana is cultivated for the leaders and workers of all the organizations of Awami League.”) 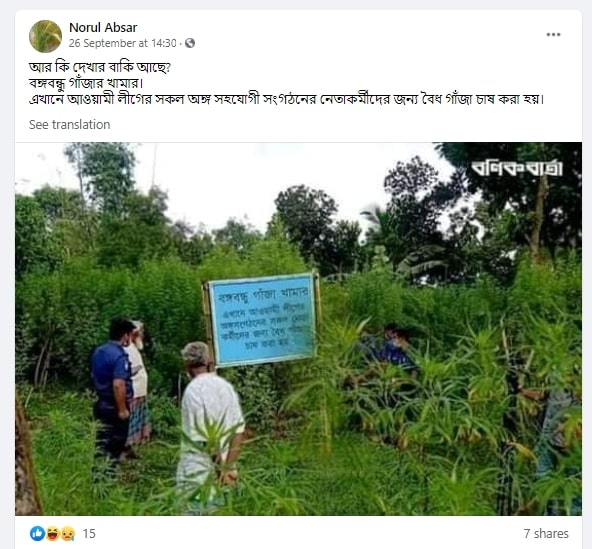 NewsMobile did a fact check and found the claim to be fake.

On doing a Google Reverse Image Search, we found that a similar image was published by the website Bonikbarta on July 30, 2020. The headline of the article can be translated into English as, “Police destroyed a cannabis orchard on a bigha land in Meherpur.” 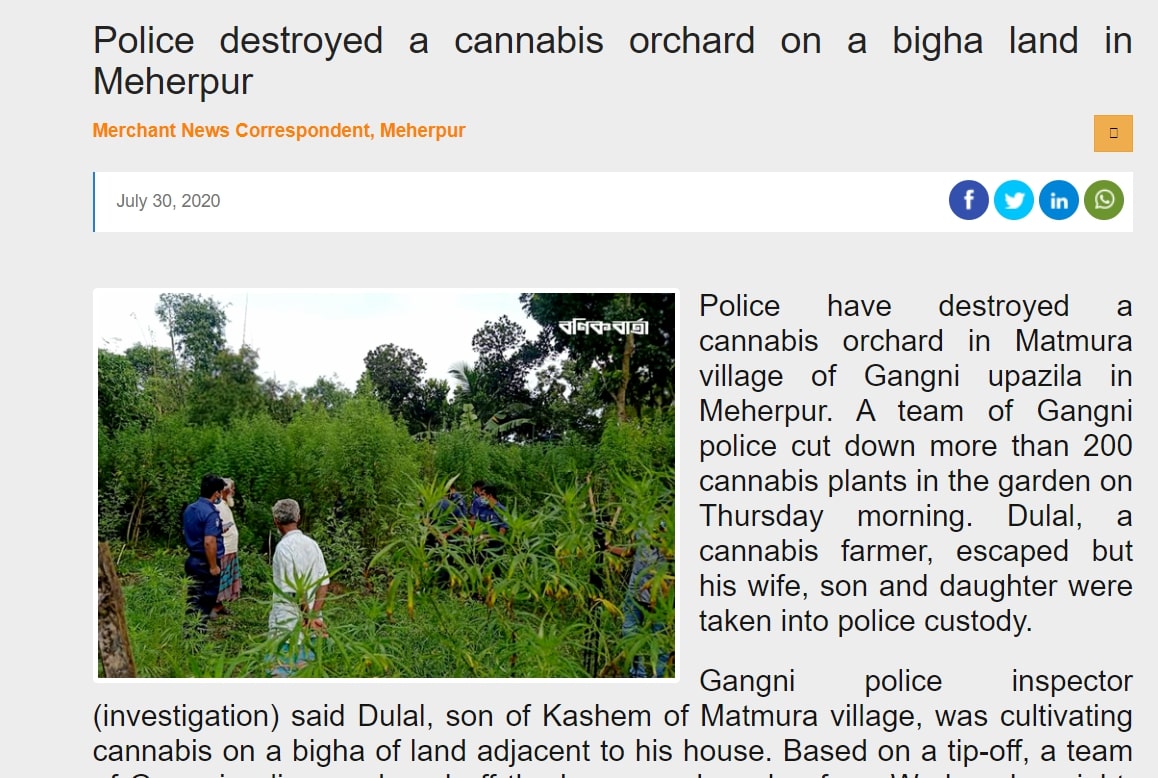 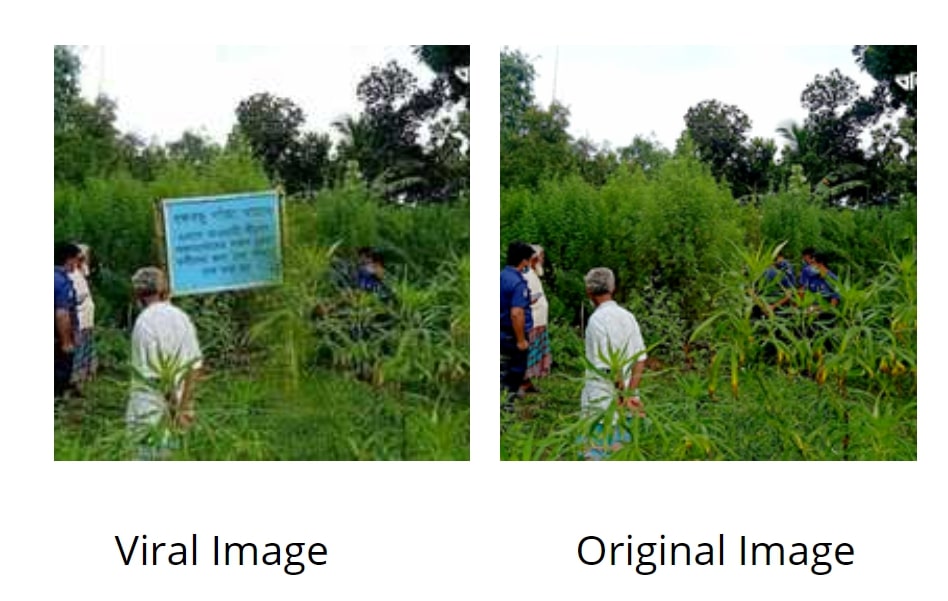 Taking a hint, we searched and found that the same report was published by DBC News 24/7 on July 30, 2020.  The report mentioned that a man named Dulal was growing cannabis on his land in Matmura village of Gangni District of Meherpur, Bangladesh.

On July 30, 2020, police got information regarding the same and they raided his field to find over 200 cannabis trees that were secretly being cultivated in the guise of the fish farm. Following the raid, Dulal managed to escape, however, according to Dulal’s family, Dulal was a fish trader and they denied any knowledge of the cannabis cultivation on the land. 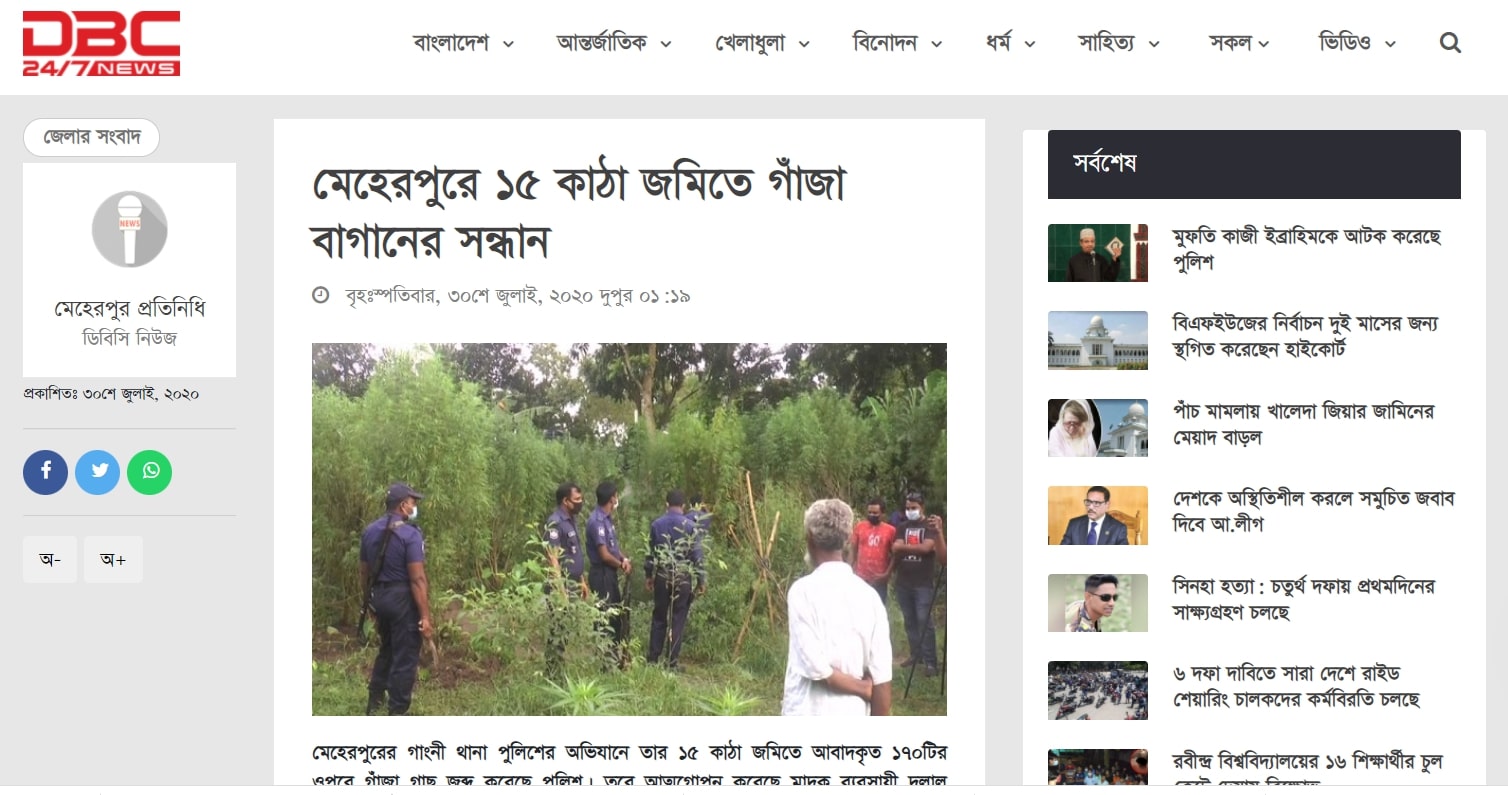 Hence, we can evidently conclude that a morphed image has gone viral with a fake claim that cannabis is legally being grown in Bangladesh for the Awami League.