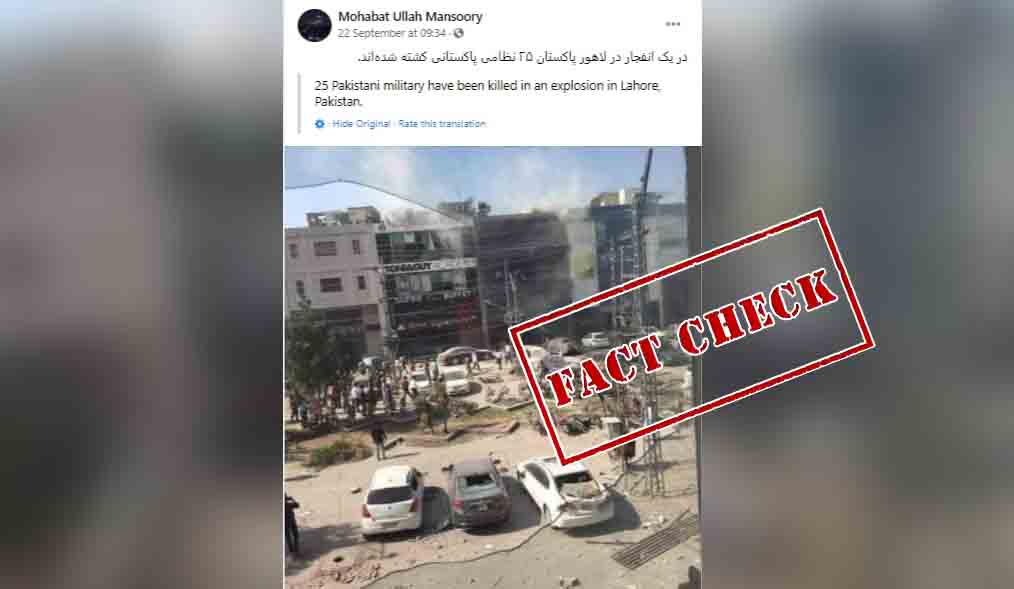 An image is being shared on social media with a claim that it is of a recent bomb blast in Lahore. 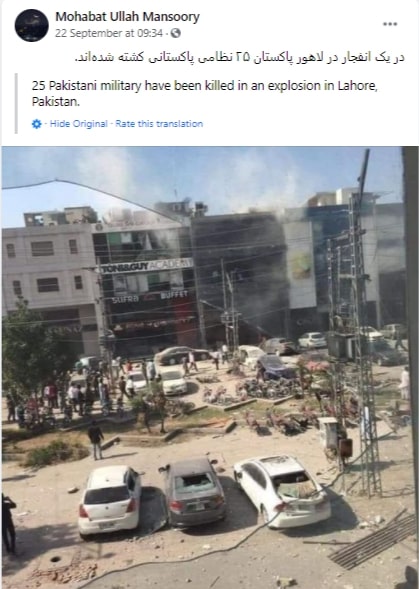 Here’s the link to the above post. More links can be seen here and here.

NewsMobile fact-checked the post and found that the image is old.

A simple Reverse Image Search on the picture directed us to an article by Khaleej Times from February 2017, where this image was featured. “Pakistan on edge as six killed in fresh Lahore bomb blast,” the headline read. 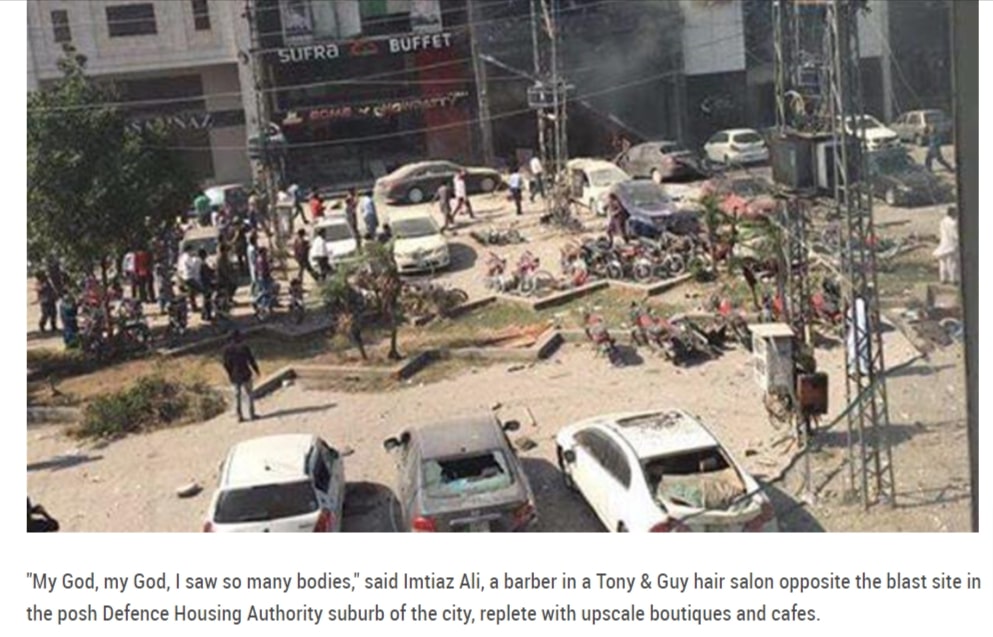 The image was present in an article by The Express Tribune, dated 23 February 2017. The headline of the article read, “Eight dead as mystery blast wrecks Lahore cafe.” 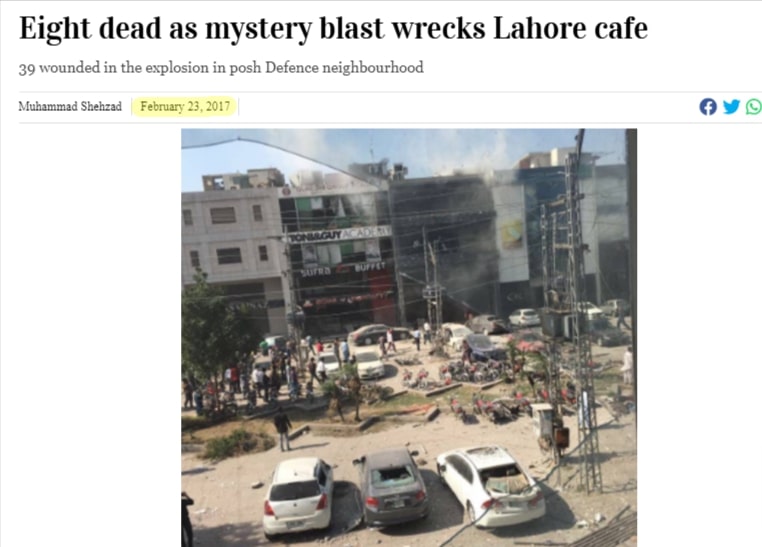 The report mentioned that ‘the blast tore through a shopping centre in the upscale Defence neighbourhood of Lahore, killing eight people and leaving 39 others injured’.

‘The blast ripped through Alferno Café’, situated in the basement of the building, at 11.17 am. The café was scheduled to be inaugurated a few days later. The owner, Moazzam Paracha, and over 20 workers were present in the café when the explosion went off‘, the report stated.

We also checked for any recent reports of a bomb blast in Pakistan but did not come across any credible report to substantiate the claim.

Hence, from the above information, we can say that and on old image of a blast in Lahore is bring shared with misleading claims.