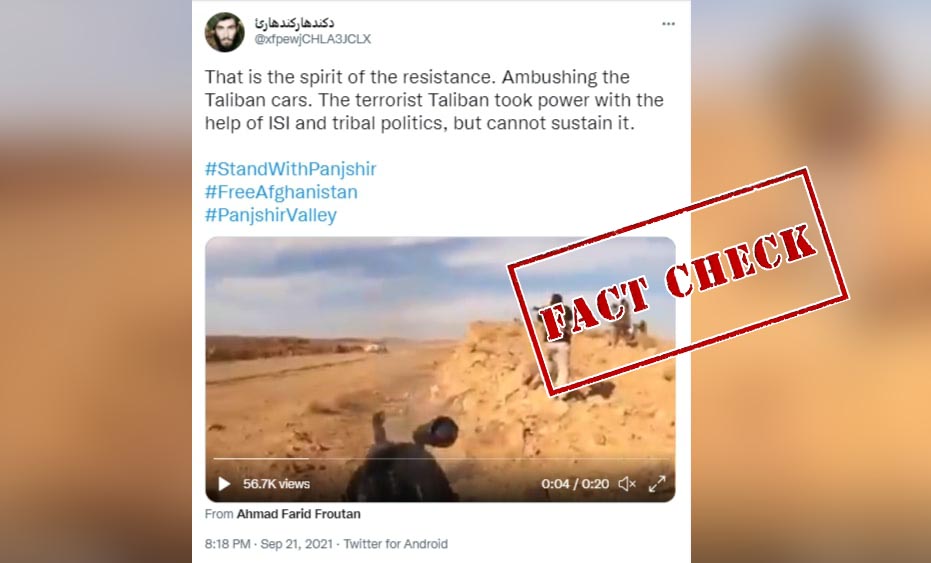 A video, in which few people can be seen firing at a car, is doing rounds on social media. It is being shared with the claim that the video show resistance forces in Panjshir, Afghanistan targeting a Taliban car.

Panjshir was the last province of Afghanistan that was still holding out against the Taliban, after they managed to take control of the rest of the nation in August 2021. Taliban later claimed that they have successfully managed to gain control over Panjshir too.

“That is the spirit of the resistance. Ambushing the Taliban cars. The terrorist Taliban took power with the help of ISI and tribal politics, but cannot sustain it.#StandWithPanjshir #FreeAfghanistan #PanjshirValley,” the post read. 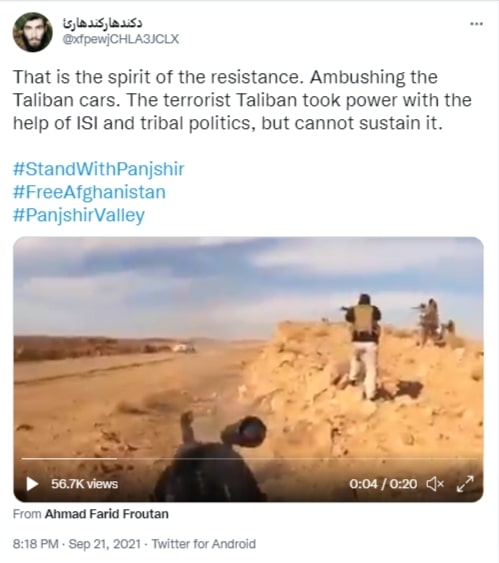 NewsMobile fact-checked the post and found that the video is being shared with a false claim.

We extracted the keyframes of the video and put them through Reverse Image Search. The search directed us to the same video which was uploaded on YouTube in May 2021 with the title, “Speeding ISIS Truck Ambushed At Close Range.” 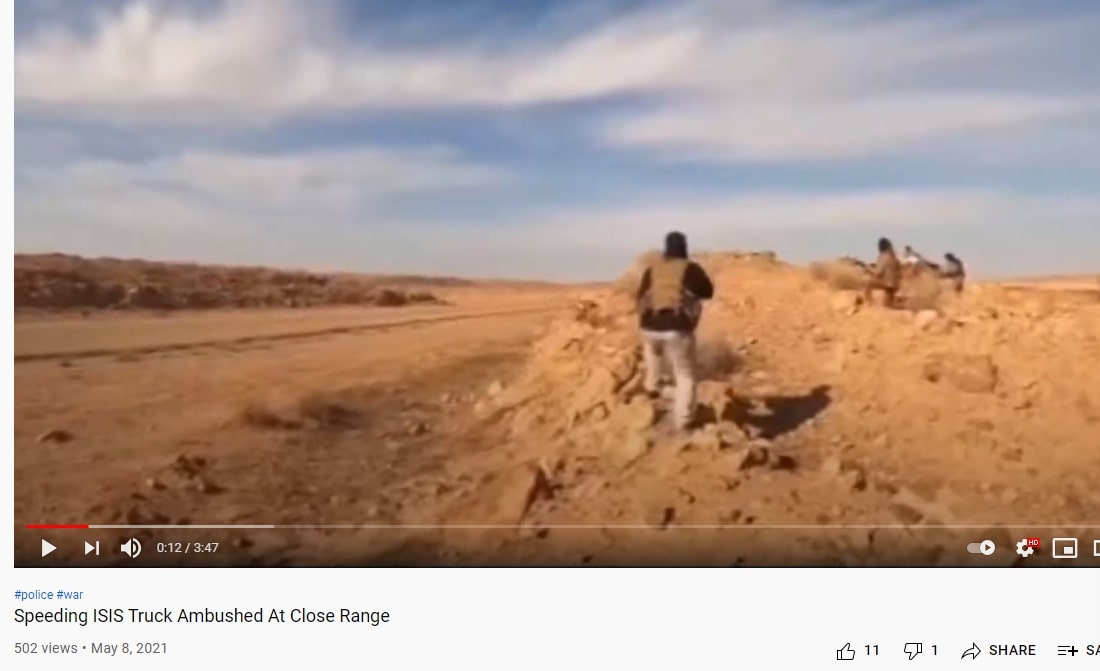 We then ran a keyword search and found that the same video was uploaded by another YouTube channel in January 2021.

The description of the video read: An intense video posted to social media by peshmergaswe, a Swedish citizen who travelled to Iraq and Syria as a volunteer to fight ISIS, shows a close-range linear ambush of two IS fighters attempting to make an escape in a Toyota Hilux pickup truck. The footage was reportedly filmed in the Haditha Desert of Iraq. The ambush, carried out by Kurdish-led SDF fighters is haphazardly executed, but effective. The attackers spray past their buddies and run in and out of each other’s sectors of fire while cyclic fire erupts across the line. To see the uncensored/aftermath version; click the card link in the video.

We found that the same video was shared on the Instagram user ‘peshmergaswe‘ on January 6, 2021. His Insta bio (unverified) read ‘War Veteran

NewsMobile individually couldn’t verify the location and origin of the above video. However, it is clear that the video was taken way before the Taliban took control over Afghanistan in August 2021.

Hence, we can say that the viral video is being shared with false claims.