After New Zealand and England’s cricket team cancelled their respective Pakistan tours citing security concerns, a video of West Indies Cricketer Chris Gayle is doing rounds on social media. In the video, Gayle can be heard saying that Pakistan is the safest place in the world.

The video is being shared on social media with the caption: “Pakistan is one of the Safest Place right now in the World”. Welcome Chris Gayle to #Pakistan. #ChrisGayle #Markhor 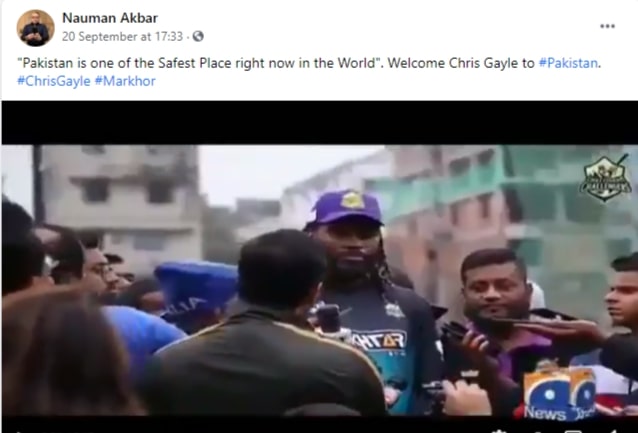 Here’s the link to the above post. More such posts can be seen here, here and here.

NewsMobile fact-checked the post and found that the video is old.

While looking for similar posts on social media, we found that the same video was shared by a Facebook user in January 2020 as well.

We also noticed that in the videos being shared recently, the logo of the Pakistani media channel, Geo News, was also present. We then ran a keyword search and found the original video on their YouTube channel, which was uploaded on January 10, 2020. 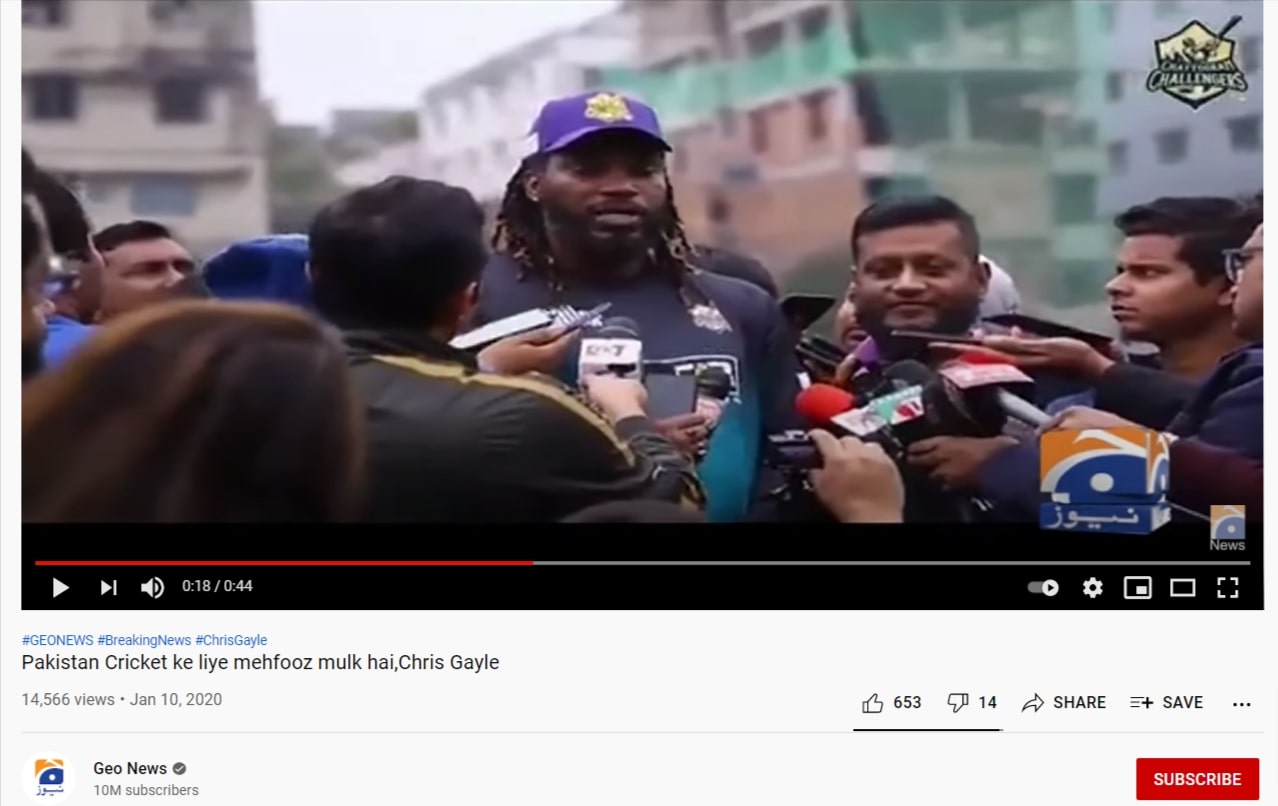 The same was reported by multiple Indian media organisations in 2020. Check the reports by Scroll, India Today and Times Now.

According to the report by Scroll, “When Gayle was asked if Pakistan is a safe country for cricket during the Bangladesh Premier League, he responded, “Pakistan is one of the safest places right now in the world. They say you will get presidential security so you are in good hands. I mean we are in good hands too in Bangladesh, right?”‘

This proves that the video in circulation is old. However, while looking for recent reports, we found that after New Zealand abandoned their limited-overs Pakistan tour, Chris Gayle on September 19, 2021, tweeted, “I’m going to Pakistan tomorrow, who coming with me?”

However, we did not find any media report stating that he actually visited the country the following day.

Hence, from the above information, we can gather that an old video is being shared on social media.