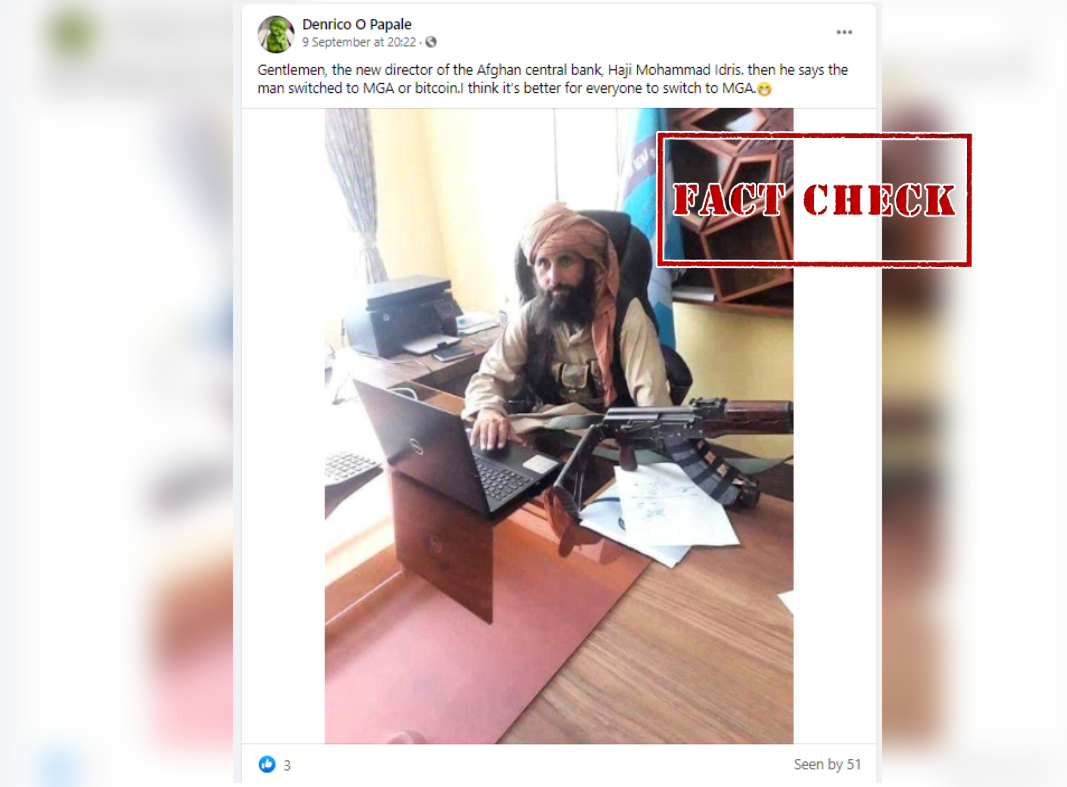 An image of a man holding a gun while sitting on a chair in front of a laptop has gone viral on social media. The image is being shared with a claim that he is Haji Mohammad Idris, Governor of ‘Da Afghanistan Bank’, Afghanistan’s central bank.

The image went viral after the Taliban declared formation of interim government of the ‘Islamic Emirate of Afghanistan’.

The image is being shared with a caption that reads, “Gentlemen, the new director of the Afghan central bank, Haji Mohammad Idris. then he says the man switched to MGA or bitcoin. I think it’s better for everyone to switch to MGA.” 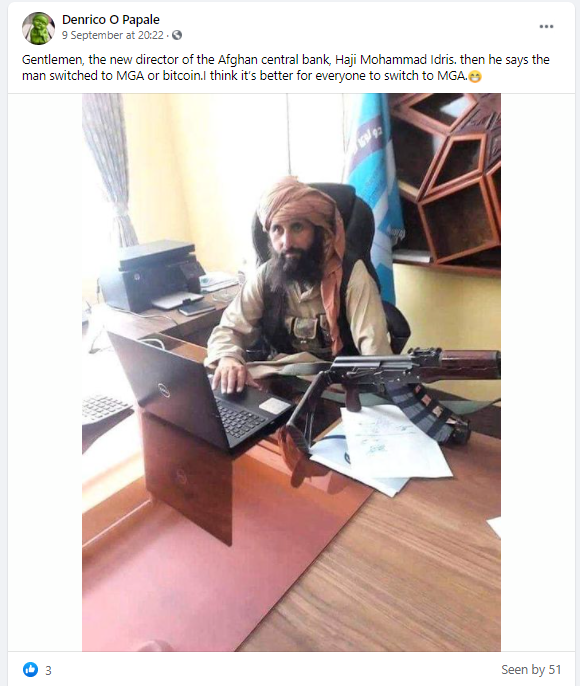 A report published by Reuters quoted a senior Taliban official, who said that Idris is from the northern province of Jawzjan. He also told that Idris had long experience working on financial issues with the previous leader of the movement, Mullah Akhtar Mansour, who was killed in a drone strike in 2016.

We found an image of Haji Mohammed Idris published by TV9 Hindi on September 9, 2021. 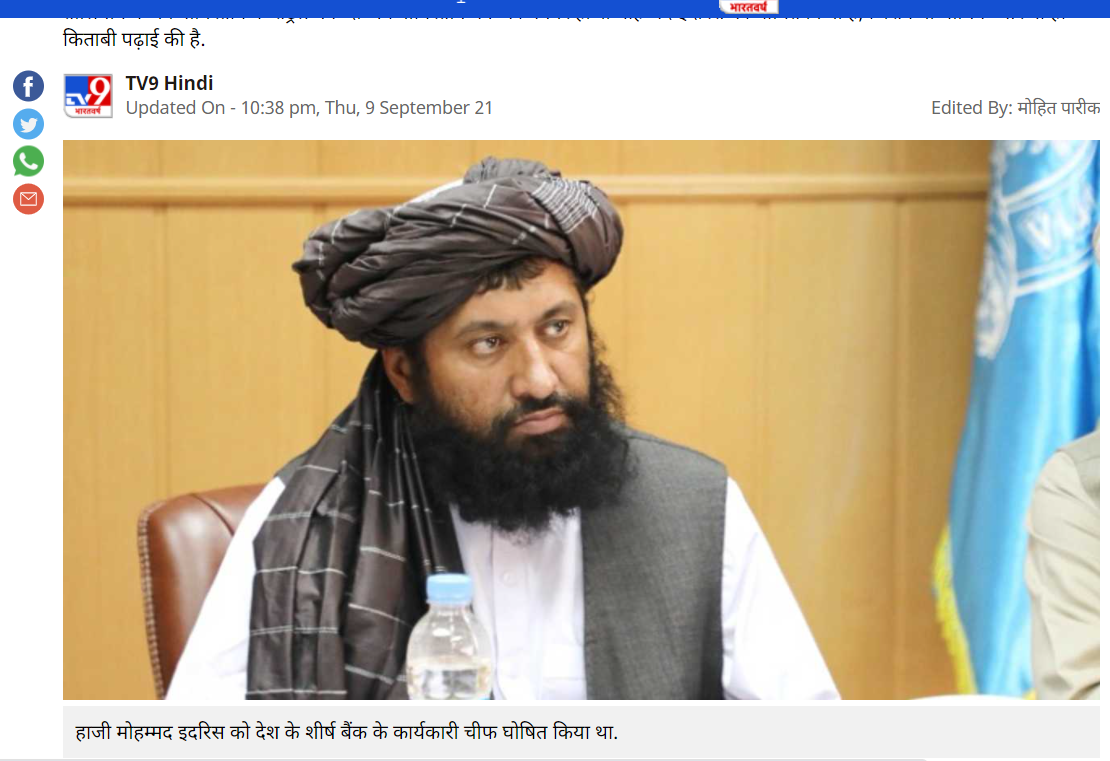 We compared the viral image with the original image and found that that they featured different individuals. 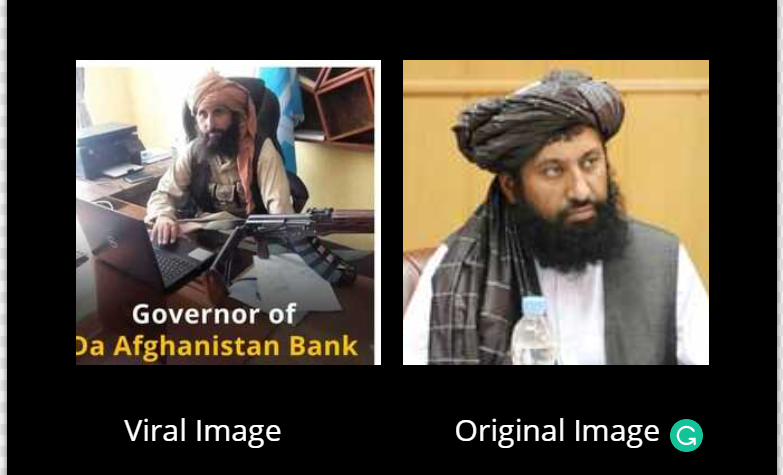 We also found that the viral image was uploaded on August 18, 2021, by a Twitter handle, @GabbarSingh with a caption, ‘Shooting an email.’ 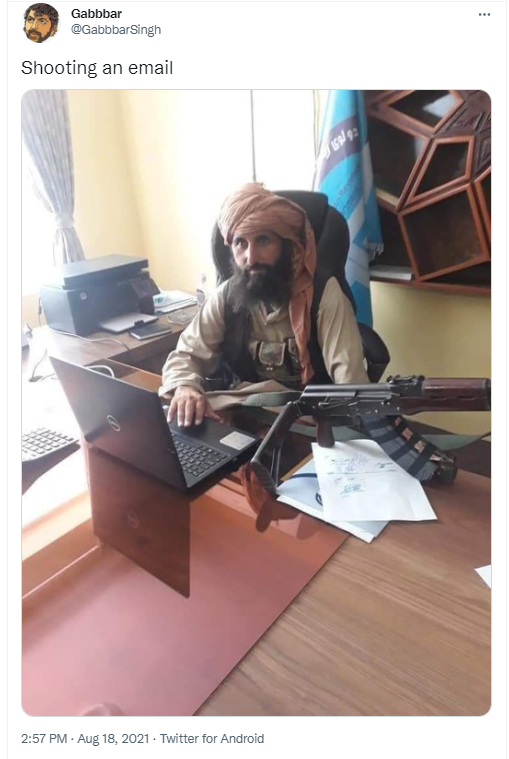 We were not able to confirm the identity of the person present in the viral post. However, we could ascertain that the viral image was not of Afghanistan’s new Central bank Governor Haji Mohammed Idris.