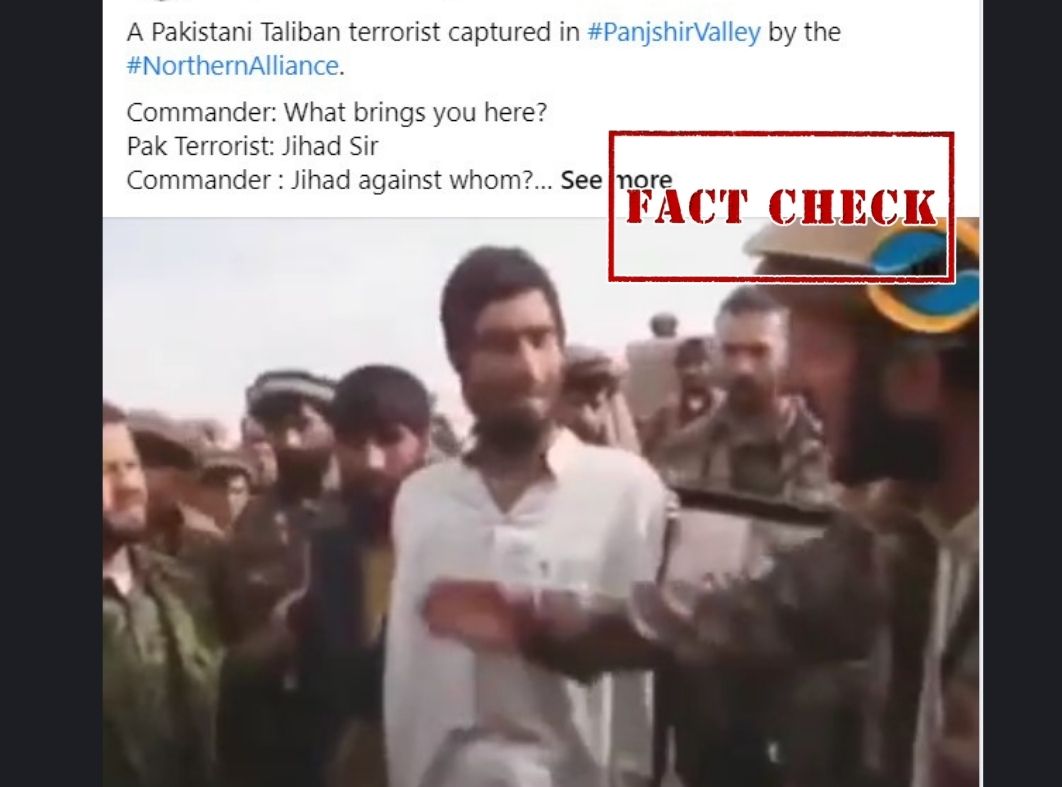 In the backdrop of protests in Afghanistan against Pakistan supporting the Taliban, a video is being shared on social media which shows a man being interrogated and beaten up. The post claims that he is a Pakistani fighter who was caught in Panjshir. 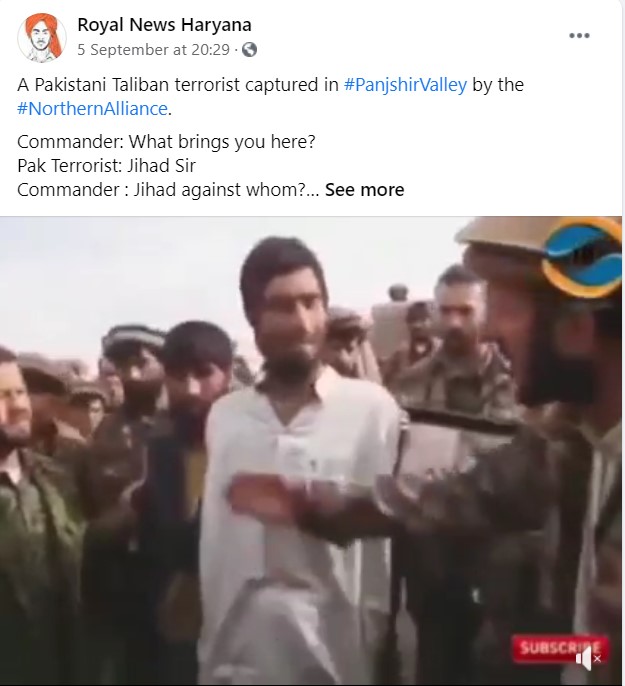 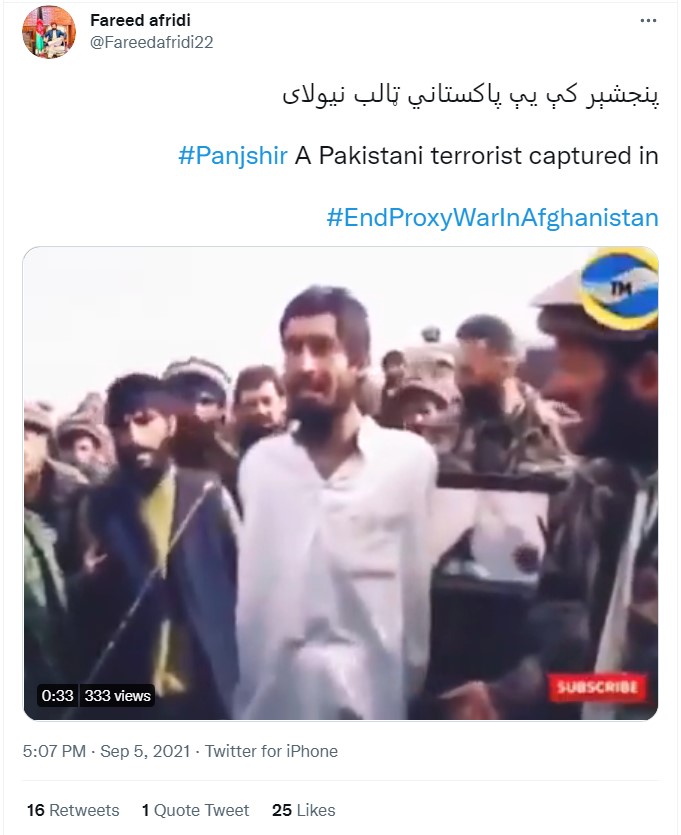 NewsMobile fact-checked the viral post and found it to be false.

With the help of Reverse Image Search using the keyframes of the video, we found a longer version of the video upload on a Facebook page on December 17, 2018, with a caption in Persian that roughly translates to, “The conquest of Kabul by the resistance forces, the communication of General Bismillah Mohammadi with Marshal Qasim Fahim from the first line of the war.” 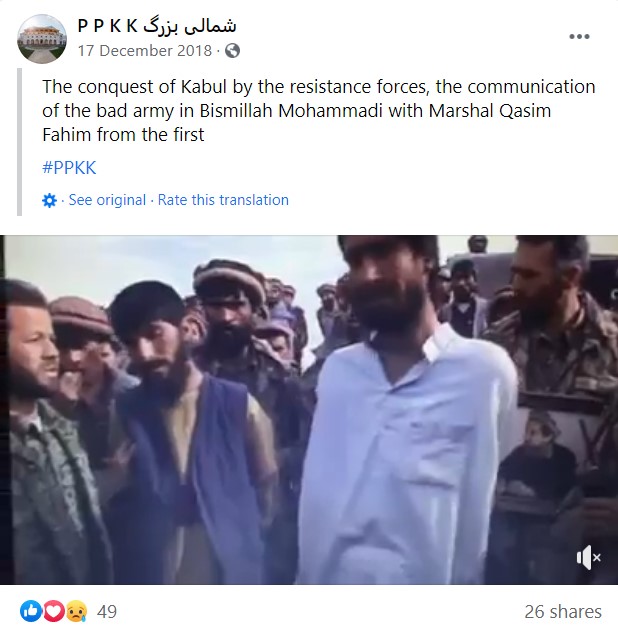 NewsMobile couldn’t independently verify the context of the video however it is clear that the video is at least 3-years-old and does not show any recent developments in Afghanistan.

In conclusion we can say that the viral video is not linked to claim with which it is being circulated.

The video has surfaced at a time when there are reports suggesting that Pakistan has aided the Taliban offensive in Panjshir. However, Islamabad has categorically rejected these claims. Recently, the Taliban claimed to have taken the Panjshir Valley, the last province of Afghanistan that was still holding out against the Taliban.

Earlier, NewsMobile has debunked several other claims related to Panjshir Valley. You can check the Fact Checks here and here.