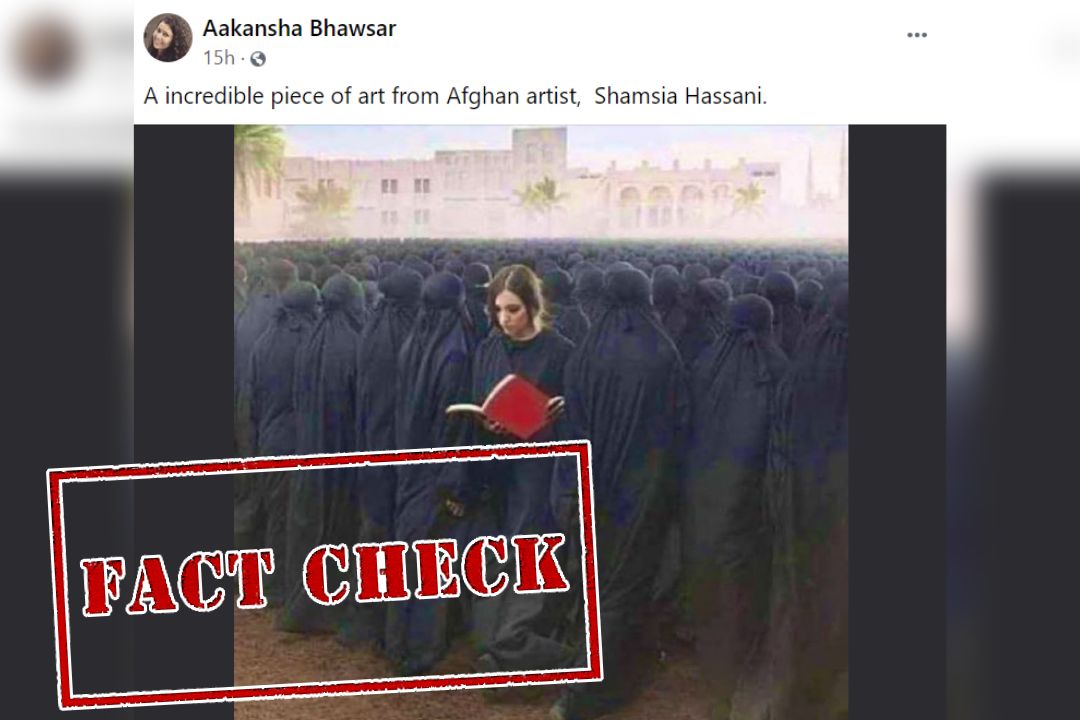 An image has gone viral on social media in which a crowd of burqa-clad women can be seen standing together. In the image, the burqa of one woman is removed and she is seen reading a book. It is being claimed that it was created by Afghan graffiti artist Shamsia Hassani. Shamsia Hassani is Afghanistan’s first female street artist who depicts Afghan women as they face renewed threats from the Taliban.

People are sharing this image claiming that it depicts the present reality of Afghan women after the Taliban seized power in August 2021 where women are being denied basic rights and education. Women in Afghanistan have been protesting, demanding that they should be allowed to pursue education and carry on with their jobs.

The image is being shared on Facebook with a caption that reads, “An incredible piece of art from Afghan artist,  Shamsia Hassani.” 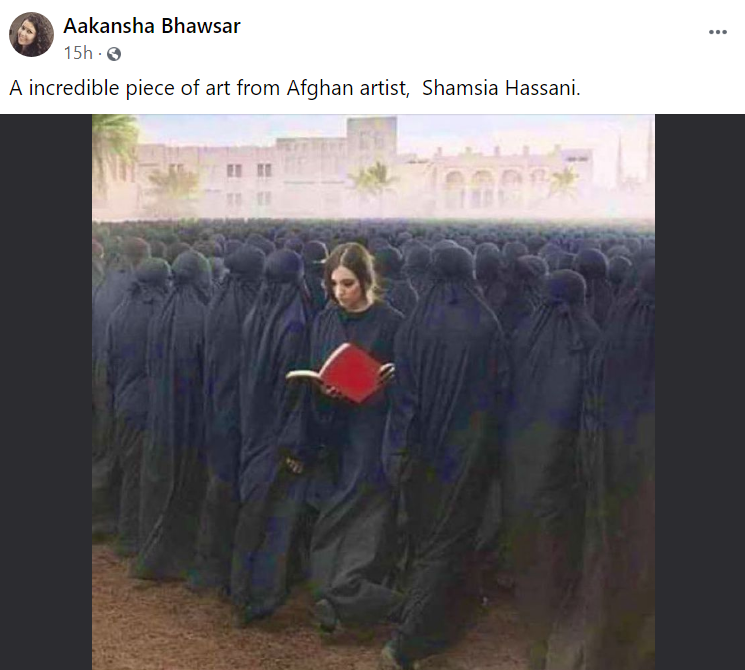 Doing a Reverse Image Search, we found that this image was originally created by an advertising agency, Young & Rubicam, as an entry for the CLIO Awards of the Reporter Magazine back in 2018. The description of the image reads, “This 2018 Clio Awards Shortlisted entry titled ‘Questioning Radicalism’ was entered for Reporter Magazine by Y&R Prague, Prague. The advertising agency is part of the agency network: Young & Rubicam and holding company: WPP Group. The piece was submitted to the medium: Print within the entry type: Product/Service. It consists of 1 image. This piece is part of a campaign called ‘Changing Your Perspective’ that consists of 3 elements.” 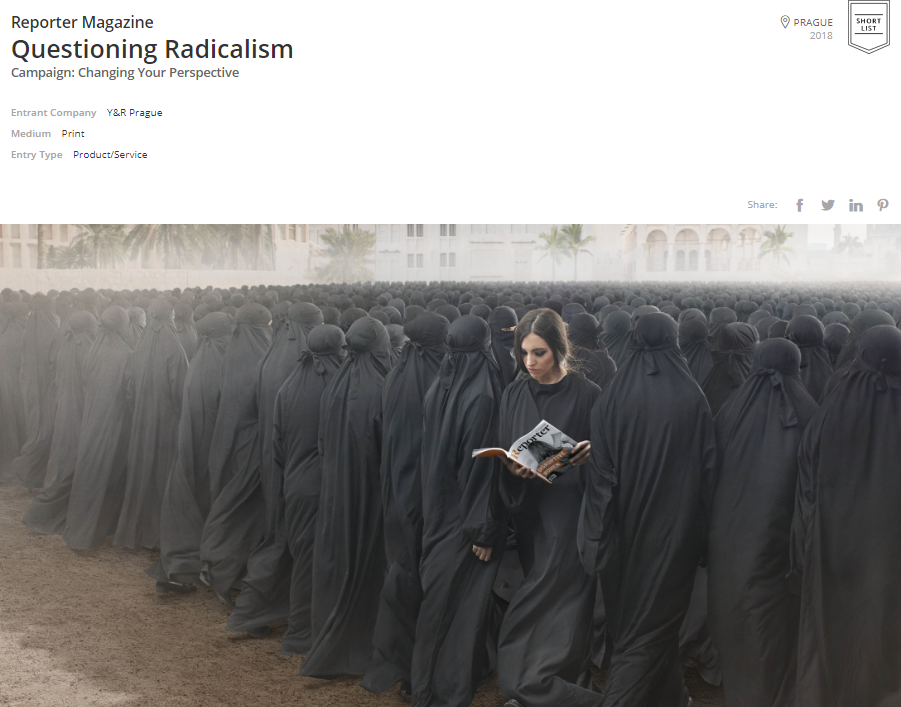 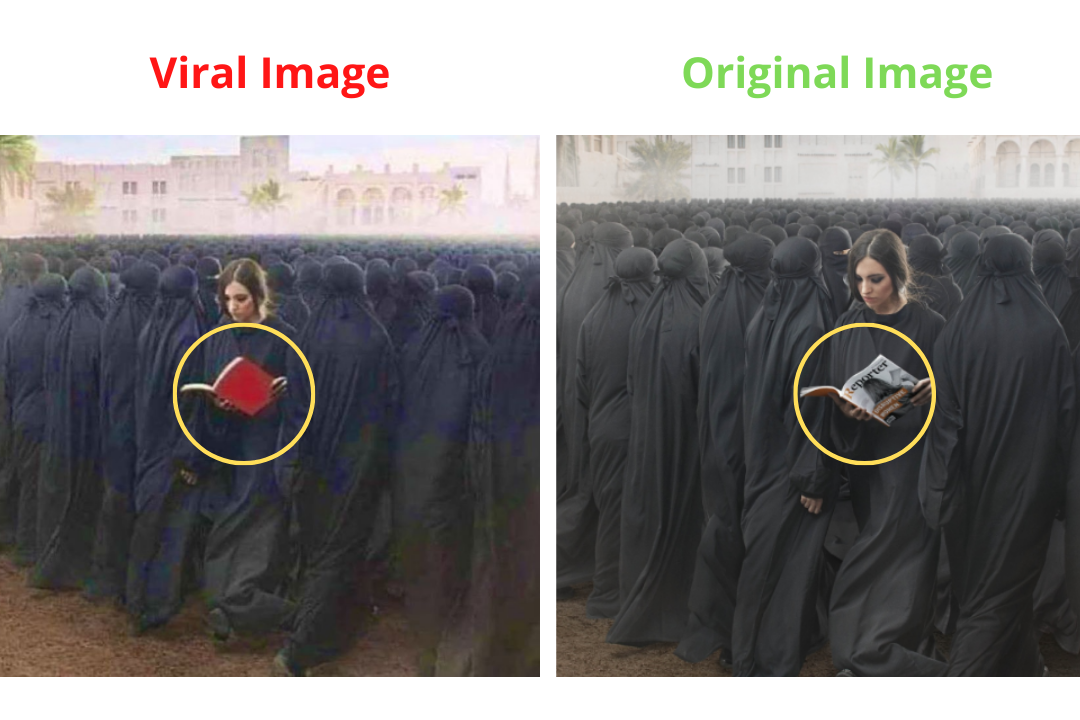 Further, we also checked the social media handles of Shamsia Hassani, who actively uploads her art online, but could not find any similar image.

Below are some of her recent creations:

Thus, it becomes evident that an old image is being falsely shared as a recent creation by Afghan graffiti artist Shamsia Hassani. Therefore, the viral claim is misleading.