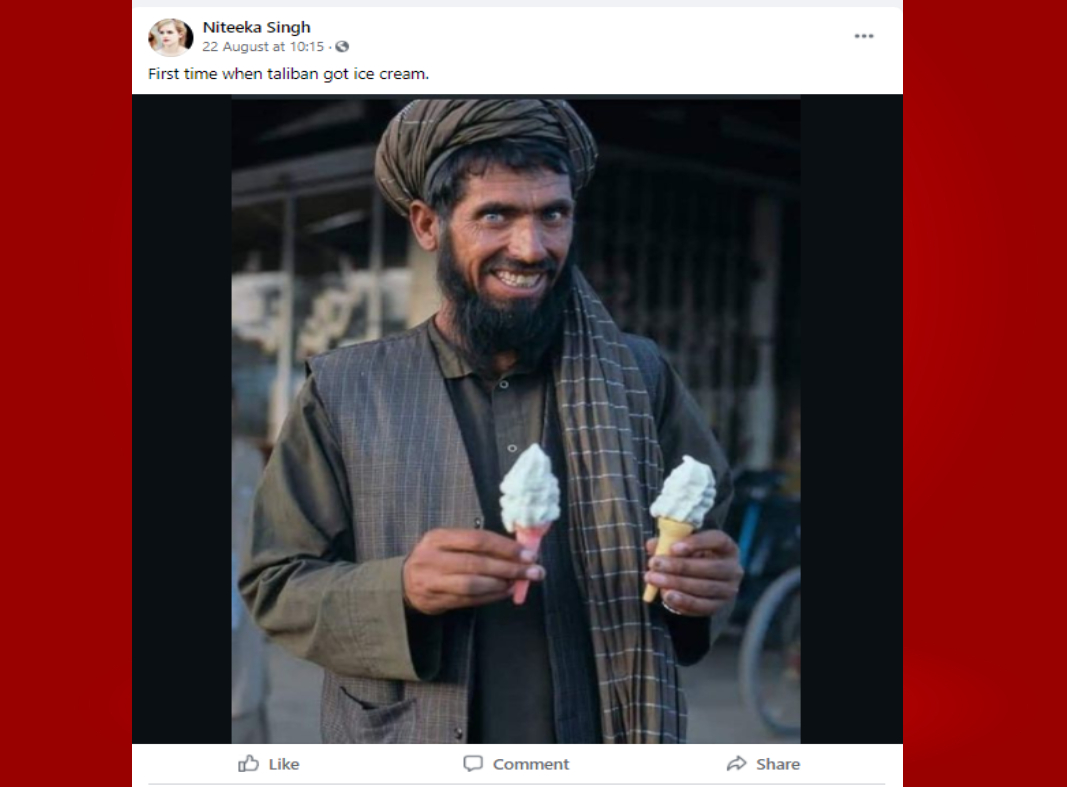 A post is going viral on social media in which a man can be seen holding ice cream cones. The post claims that the image shows a Taliban fighter laid his hands on ice cream for the first time.

The post is shared with a caption that reads, “First time when taliban got ice cream.” 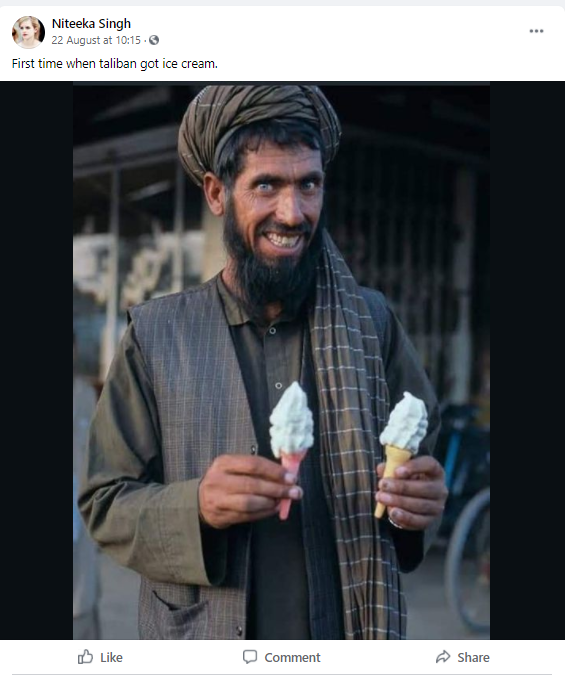 NewsMobile did a fact-check the claim and found it to be misleading.
On doing a Reverse Image Search, we found the same image was also uploaded by a Facebook page, Funker530 – Combat Footage on November 18, 2016.

We also found the same image was uploaded by the verified Facebook page of photojournalist Steve McCurry. Steve McCurry is widely acclaimed for his photo of an Afghan girl with piercing green eyes which appeared on the cover of National Geographic several times in the past.
He posted the picture of the man with the ice cream on June 28, 2021, with the caption that reads, “A man buys ice cream for his children in Pol-e-Khomri, Afghanistan, 2002.” 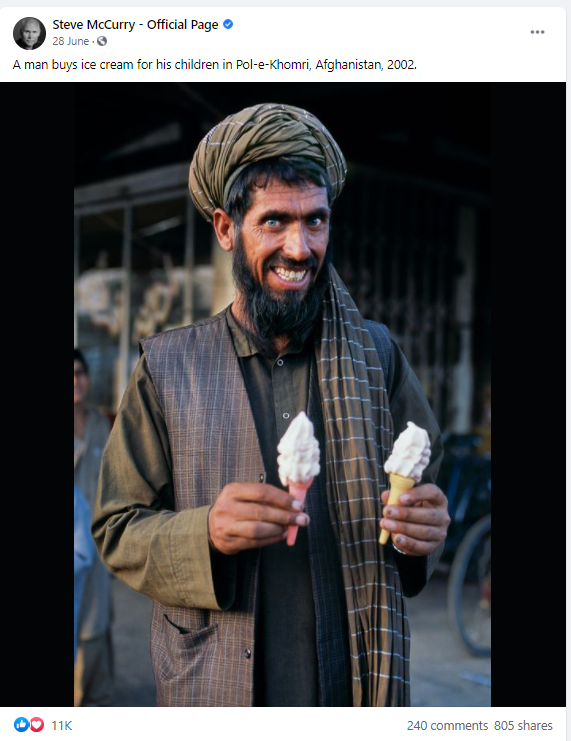