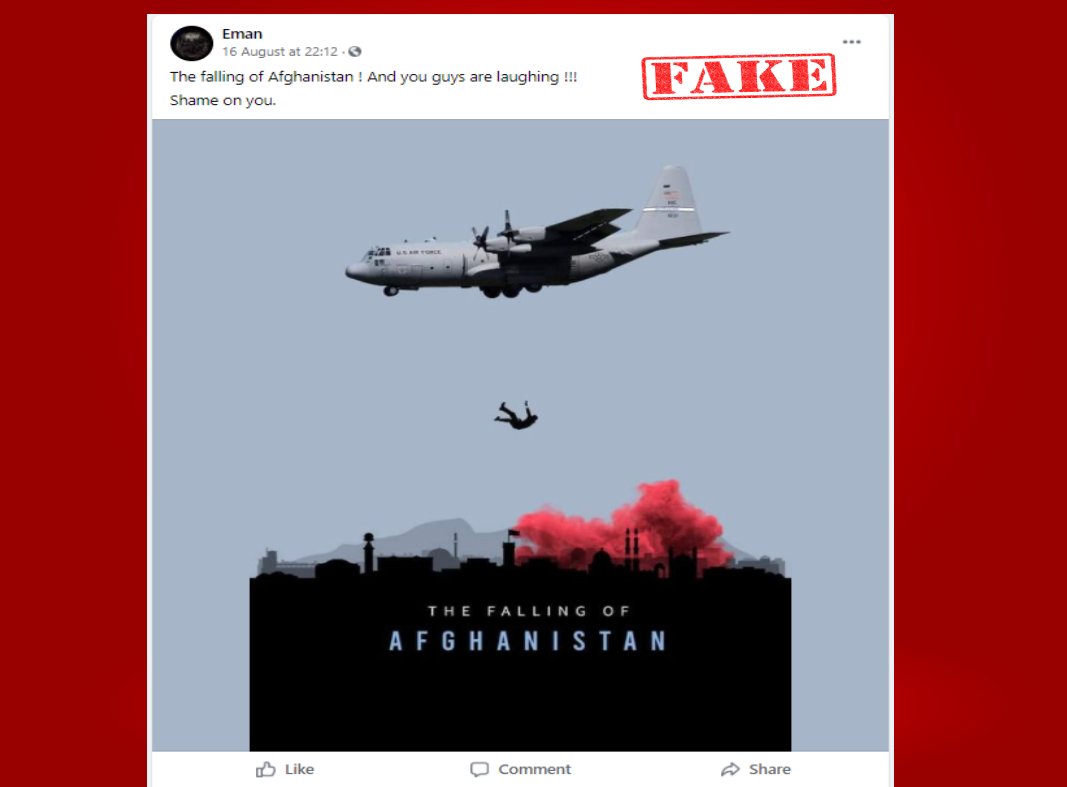 An image has gone viral on social media in which people can be seen falling from aircraft. It claims to show the sheer desperation of people in Afghanistan who are trying to flee the country post Taliban takeover even at the cost of losing their lives.

The image is being shared with text embedded on it that reads, ‘The falling of Afghanistan’. 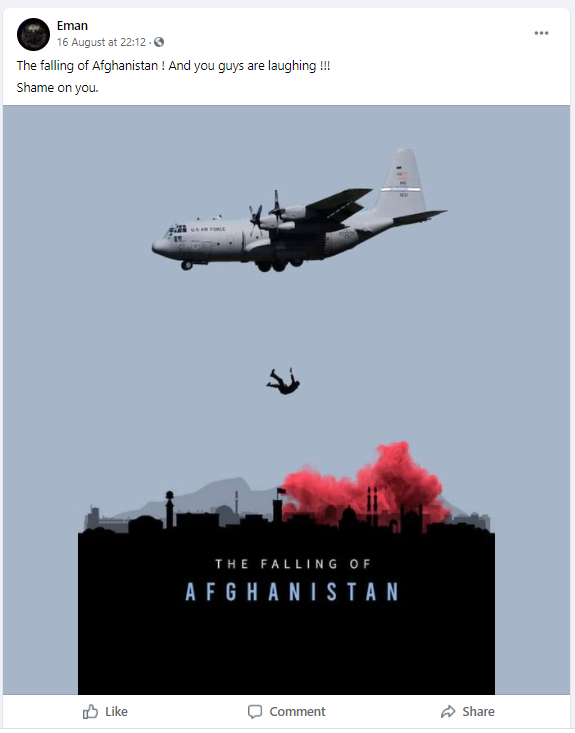 On doing a Yandex Reverse Image Search, we found that the mirror image of the same picture was uploaded by a website, Jet Photos.

The website mentioned that the image was of Lockheed C-130H Hercules aircraft and that the location of the photograph was was from Eindhoven Welschap Airport/Air Base – EHEH, The Netherlands. 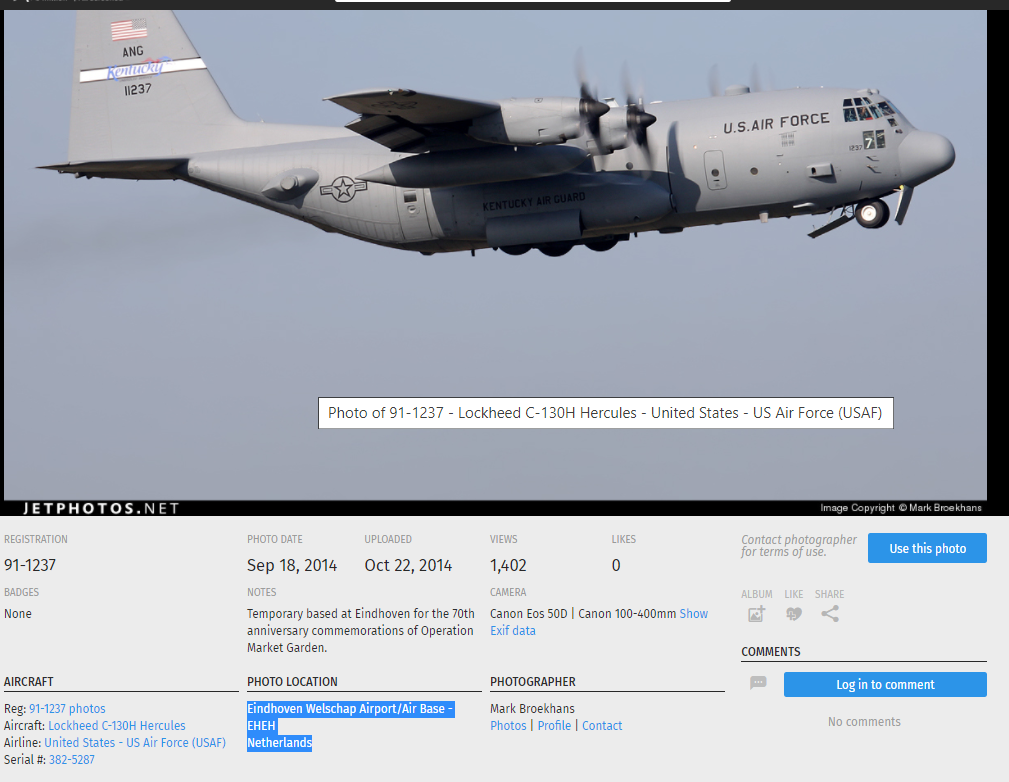 We compared both the images and found them to be the same. 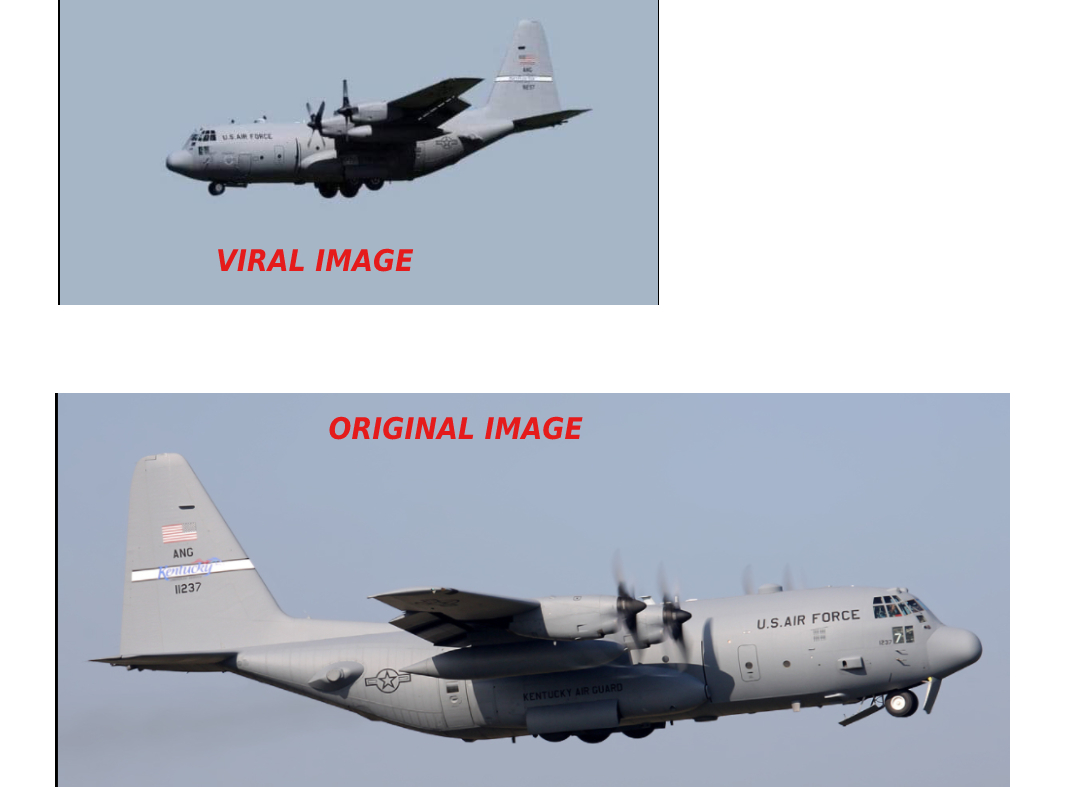 The same image was also published on another aviation website. In this image, no one  could be seen falling from the aircraft.

A report by BBC mentioned that the US Air Force plane safely evacuated 823 Afghan citizens – including 183 children. The article mentions that the US air force used a C-17 plane for evacuation.

However, soon after the Taliban took control of Kabul on August 15, 2021, reports emerged that two men who were desperate for a way out of the country had clung to the wheels of the US Air Force aircraft. They fell off moments after take-off. More reports can be seen here and here.