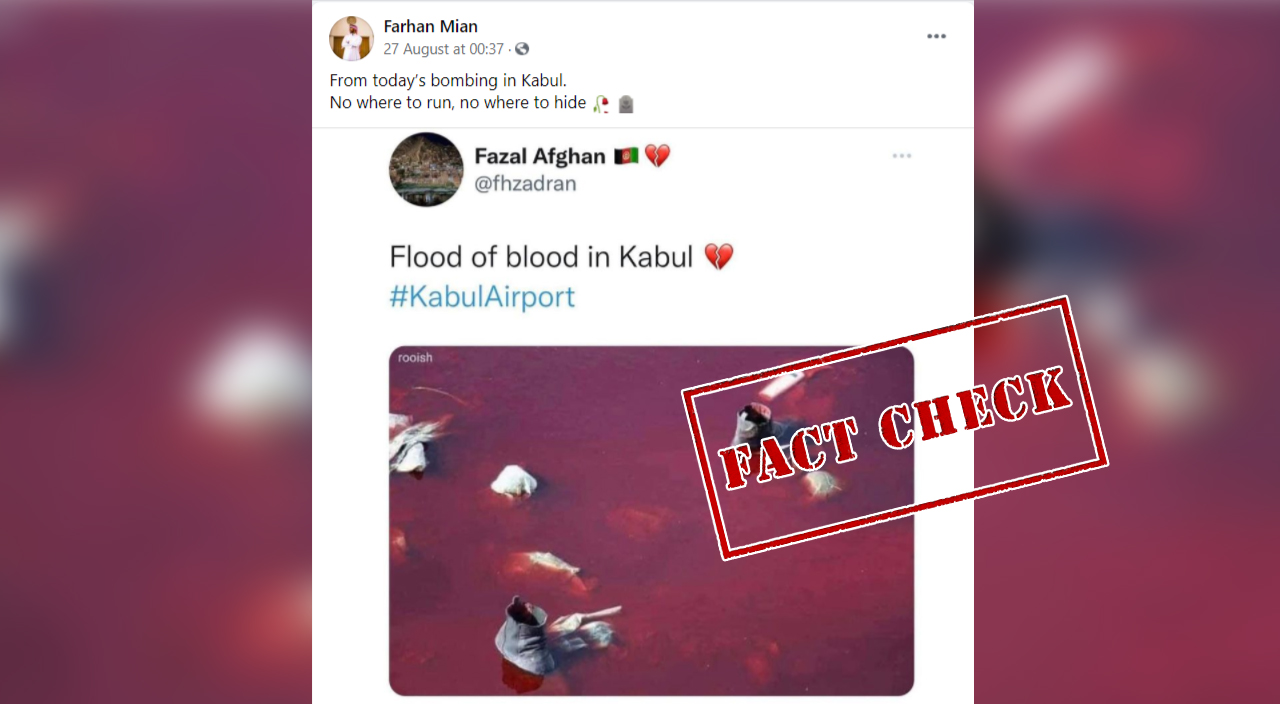 An image depicting a few shoes lying scattered in what appears to be a pool of blood is doing rounds on social media claiming to show the current situation in Afghanistan.

The picture is being shared in the backdrop of the recent takeover of Afghanistan by the Taliban and the twin explosions that rocked the overcrowded Kabul airport on August 26, 2021, which claimed nearly 170 lives and left scores injured.

The picture is being shared with the caption, “From today’s bombing in Kabul.No where to run, no where to hide.” 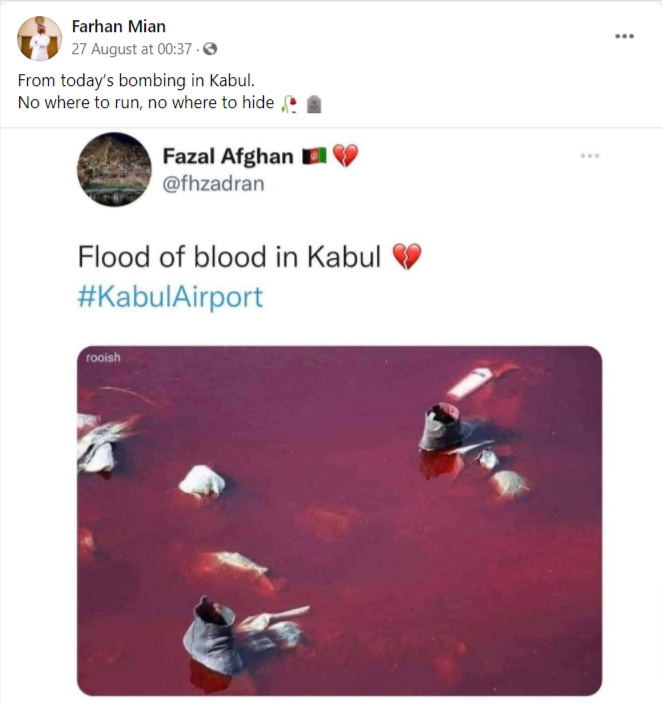 NewsMobile fact checked the image and found the claim to be false.

We put the pictures through Reverse Image Search and found the same image in a few articles from 2017. 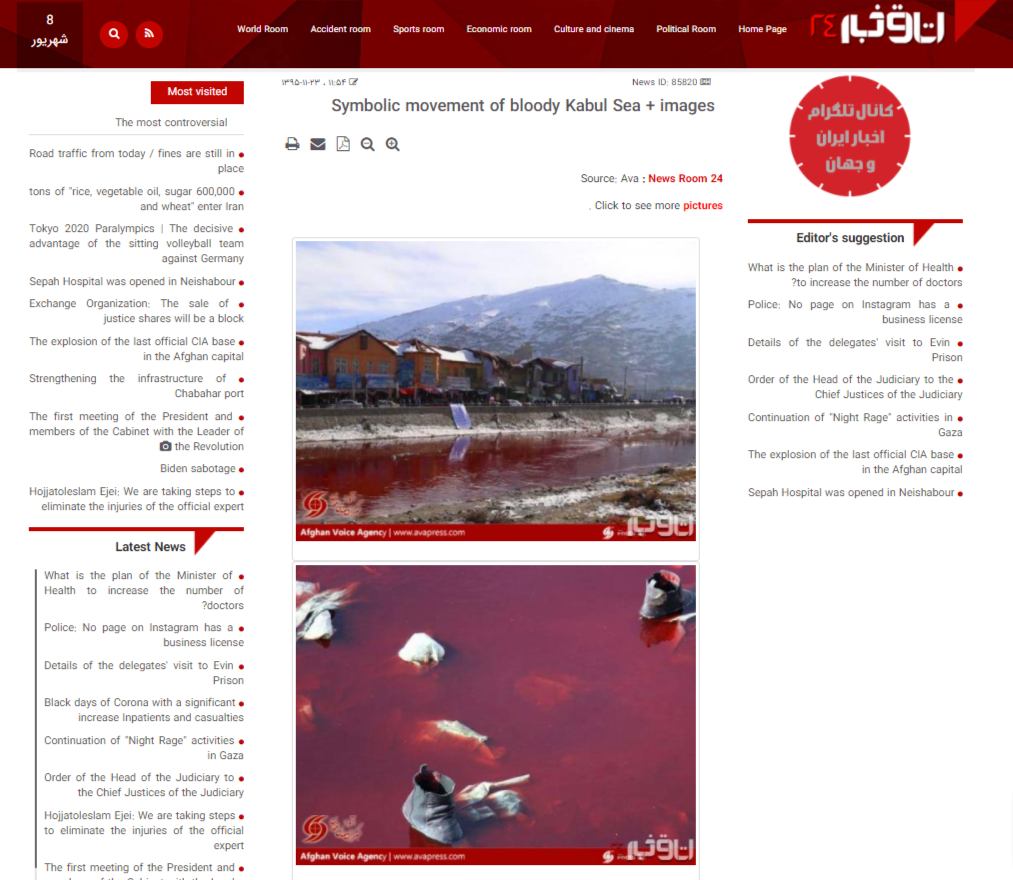 We also found the same image in a blog post from 2017. We translated the articles using translation websites and found that the images were taken during a symbolic protest movement that took place in Afghanistan. The articles mentioned that people dyed the Kabul river red to protest against mass casualties of Afghan civilians due to civil war.

Taking a cue from this, we ran another keyword search and found a video report uploaded by CGTN on YouTube on February 11, 2017, with the title, “Protesters visualize Afghanistan’s massive cost of war by turning Kabul River red.”

Description of the video read, “Members of civil society group “Afghanistan 1400″ turned the Kabul River red on Friday, a day after the US commander of NATO forces in Afghanistan called for thousands more troops to be deployed. It was a way of visualizing the massive cost of war the country is paying – with the blood of its innocent people.”

The same was also covered by an Afghanistan media outlet, Tolo News in 2017. 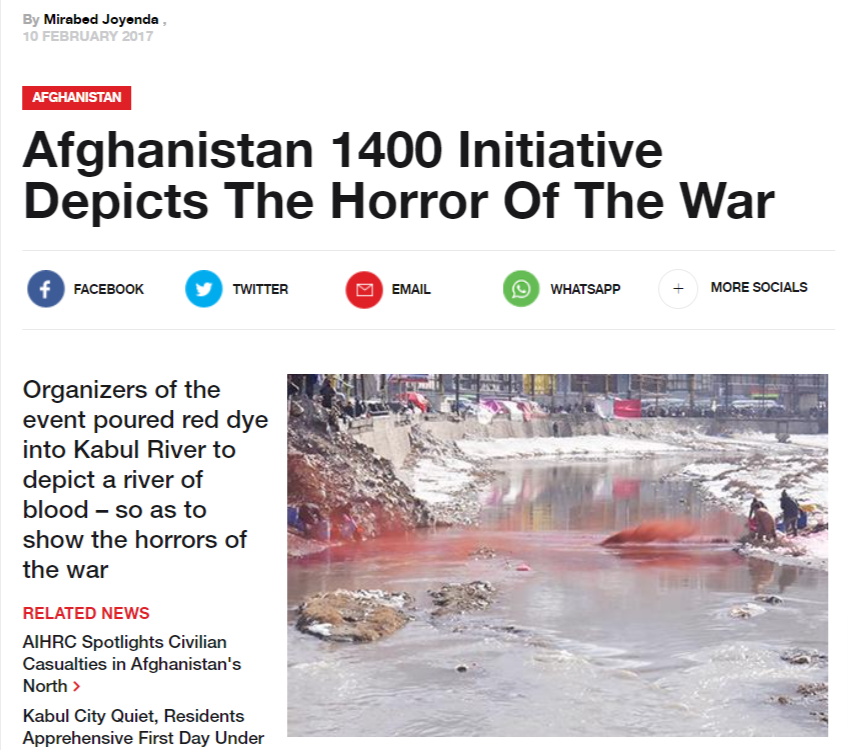 Hence, from the above information, it is clear that the picture in circulation is old and the claim is false and misleading.