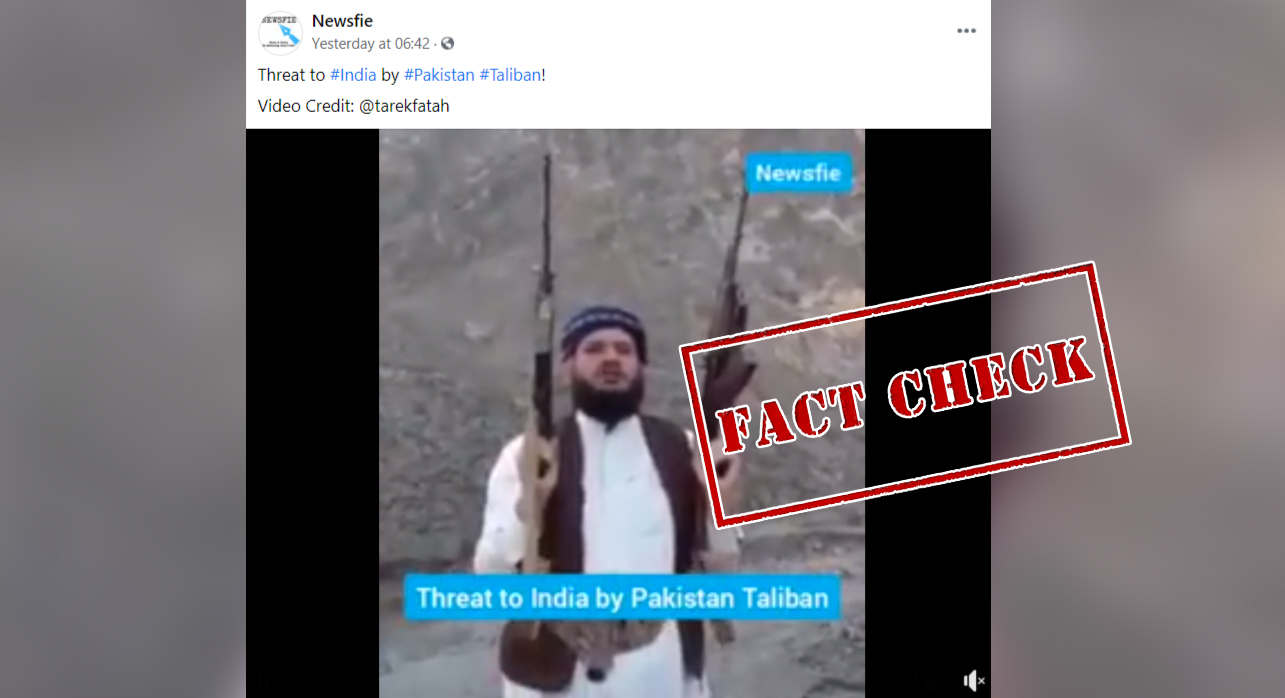 After Taliban’s takeover of Afghanistan, a video of a man holding rifles is doing rounds on social media, with a claim that a Pakistani Taliban terrorist is threatening India and Prime Minister Narendra Modi. 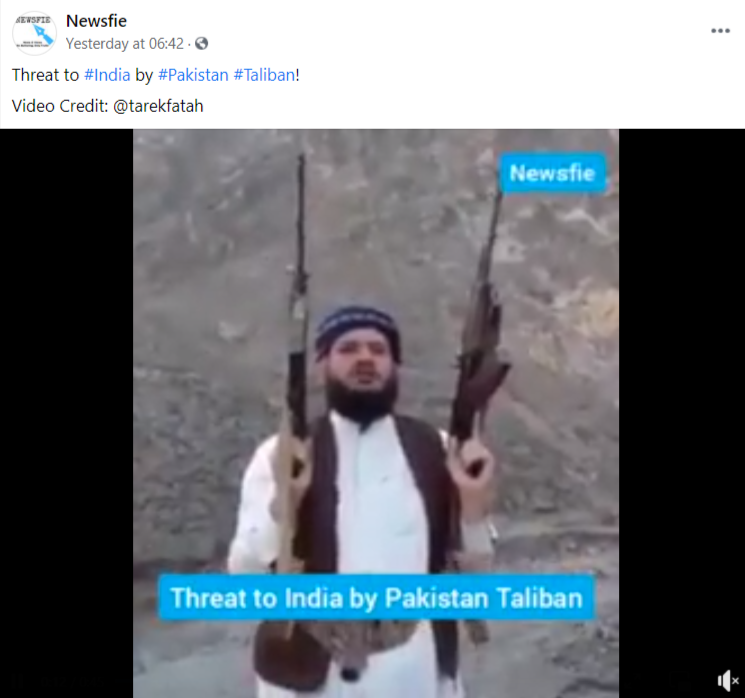 The same post was also shared by a Pakistani-Canadian journalist and author, Tarek Fatah, who has incidentally shared multiple misleading posts in the past as well. 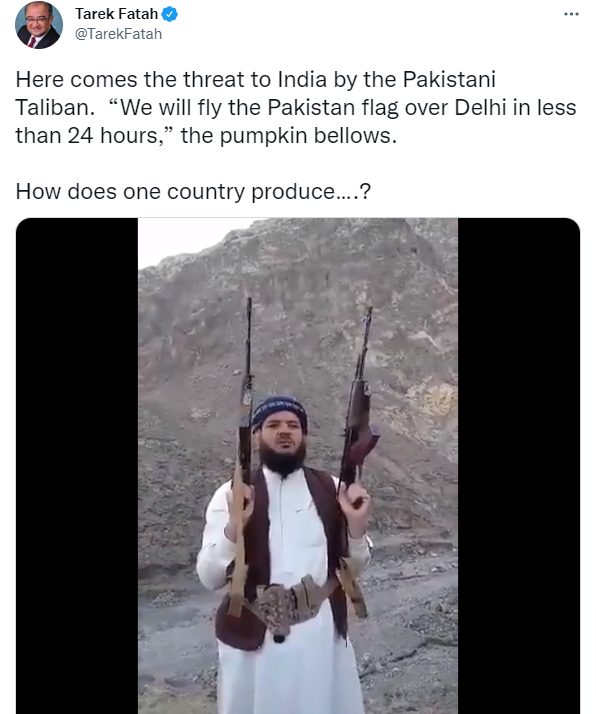 Upon extracting the keyframes of the video and running a Reverse Image search, we found that the same video was shared on YouTube in August 2019 with the title, “Tribal pakhtun leader Sayed kabir afridi last warning to India.” 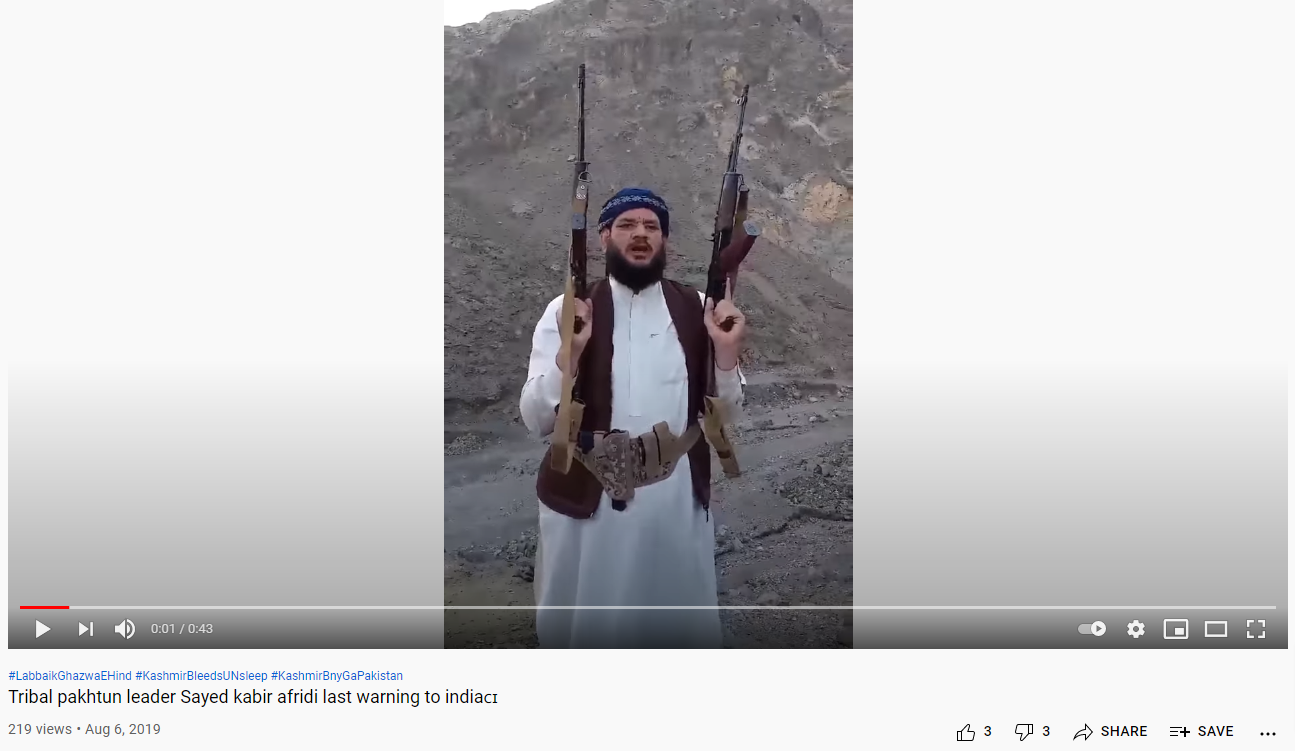 Taking a cue from the above video, we ran another search, which led us to the same video uploaded by a Facebook page ‘Said kaber offecial page‘ in February 2019.

The video was captioned, “Tribal leader Malik Syed Kabir Afridi has given a clear answer to Narendra Modi government. Listen and help deliver to India. Please don’t forget to like and share.” 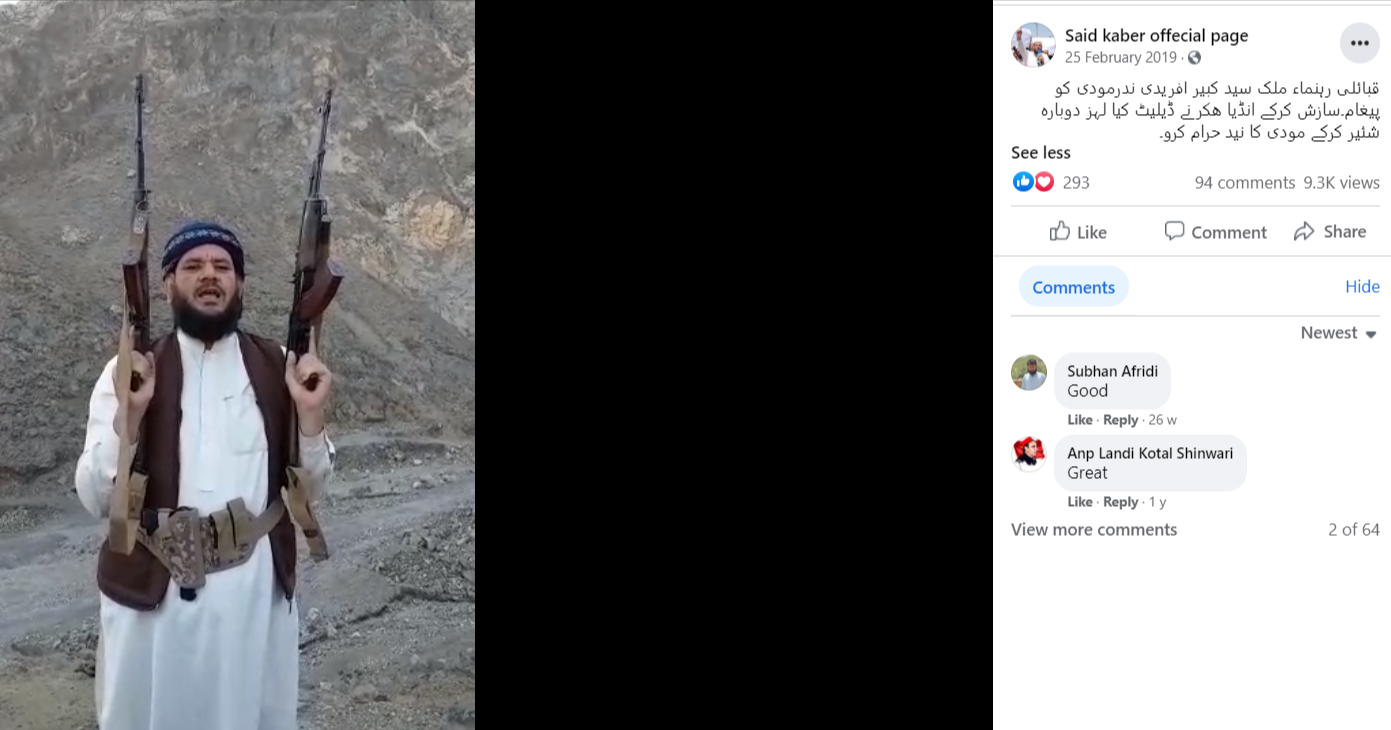 Another video of the message shot from a different angle was also present on the same page.

According to a post on the Facebook page, the man in the video is Malik Syed Kabir, the General Secretary of the Jamiat Ulema-e-Islam party in the Khyber district of Pakistan.

Moreover, we also looked for recent reports of any such threat but did not find any news report to substantiate the claim.

Hence, from the above fact check, it is clear that the viral post is old and misleading.