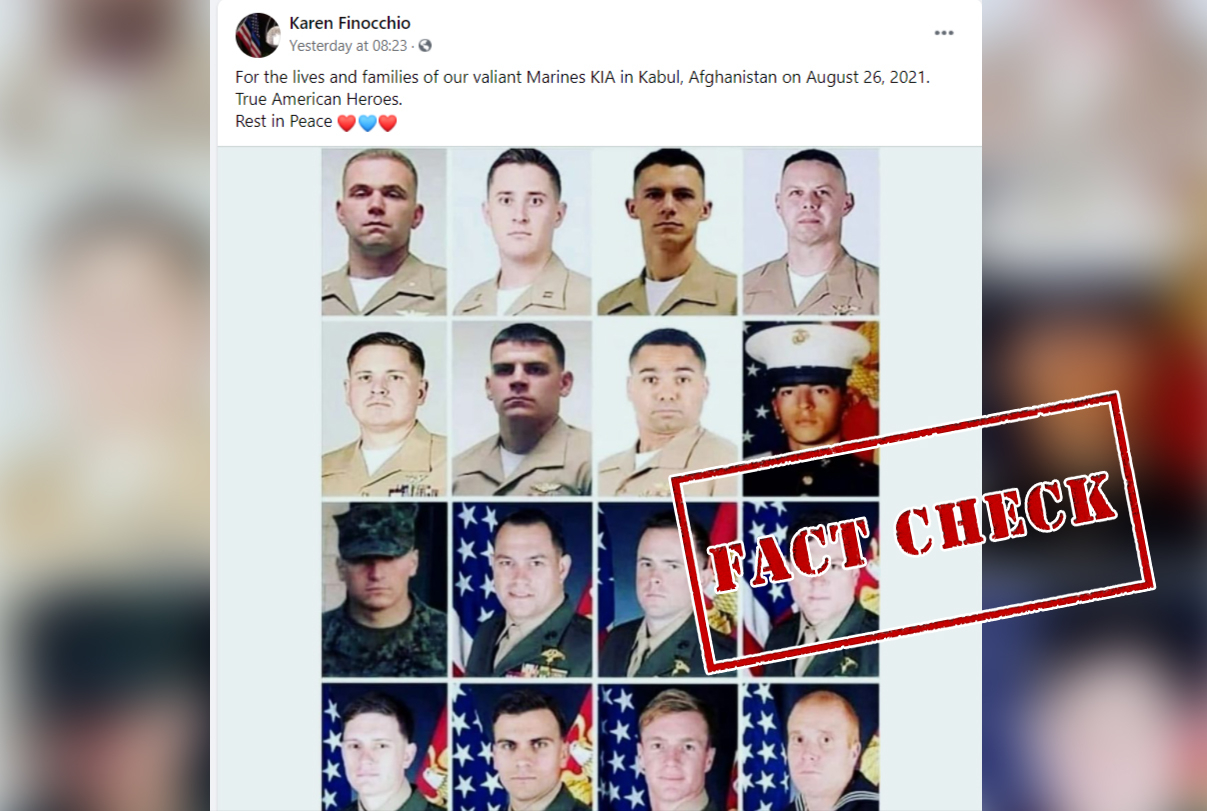 After the two explosions at Kabul airport killed 13 US troops on August 26, 2021, along with hundreds of Afghan and other foreign nationals, a picture collage claiming to be of the marines who lost their lives at the attack started doing rounds on social media.

“For the lives and families of our valiant Marines KIA in Kabul, Afghanistan on August 26, 2021. True American Heroes. Rest in Peace,” the Facebook post read. 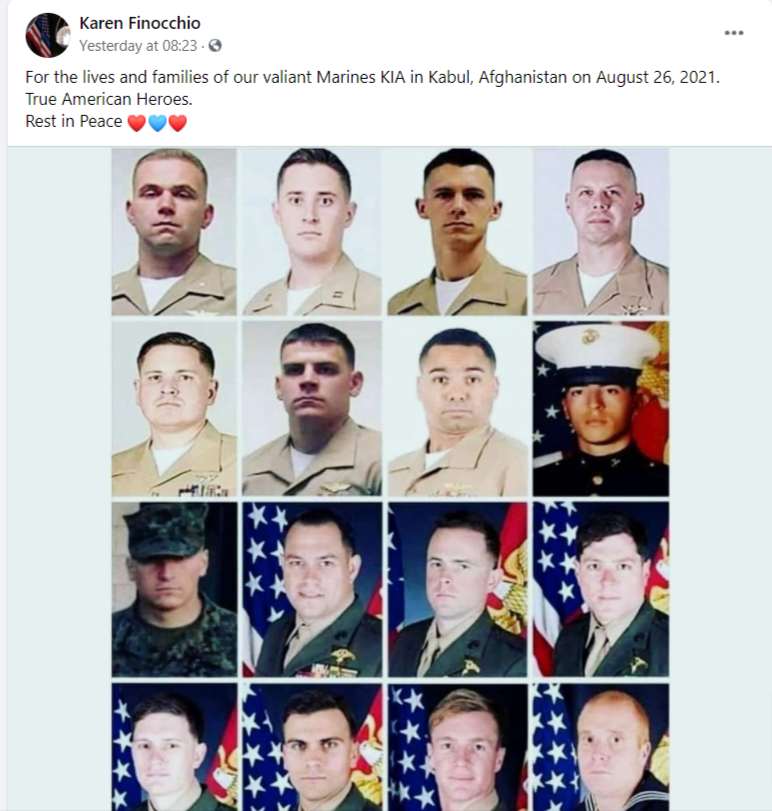 We put the image through Reverse Image Search and found that the same image was featured in a report by ABC News in July 2017. “Marine Corps grounds KC-130T aircraft in wake of deadly crash,” the headline of the report read. 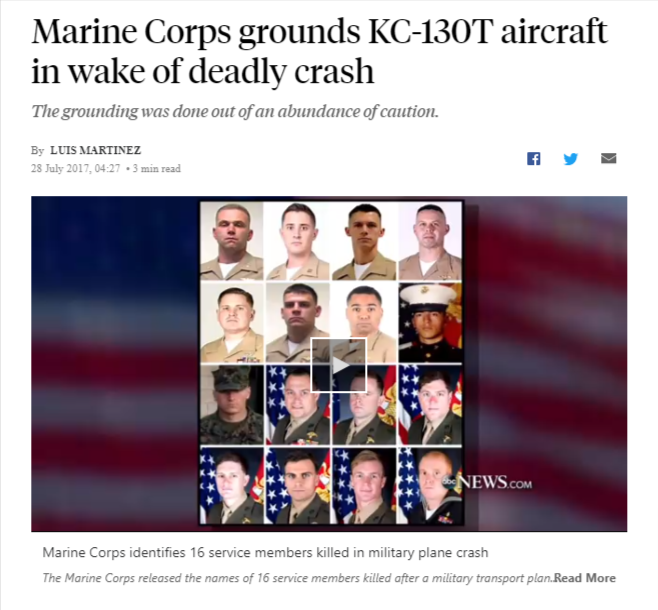 The report stated that 15 Marines and a Navy sailor were killed in a military plane (KC-130) crash in Mississippi. The 12 KC-130Ts in the Marine Corps Reserve all belong to VMGR-452.

The same image was also used in a 2017 report by WSAV-TV. 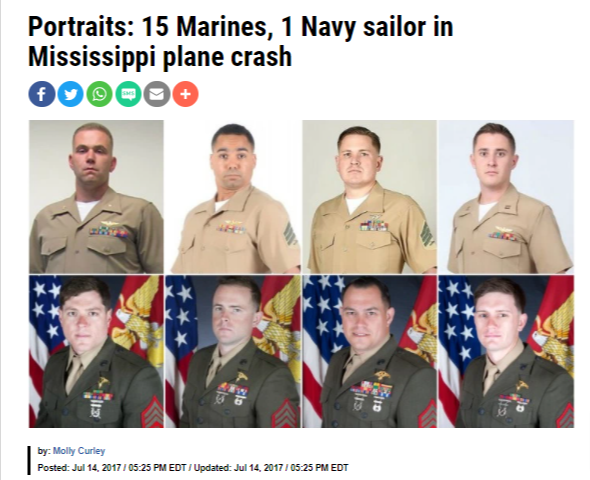 The above information proves that the viral picture is old.

We then looked for reports to find out more information regarding names and pictures of US soldiers who lost their lives in the recent Kabul airport attack and came across a report by Military Times and Reuters about the same.

Here is the list of the soldiers mentioned by Military Times:

In conclusion we can say that an old picture is being falsely linked to US soldiers who lost their lives in the Kabul attack.