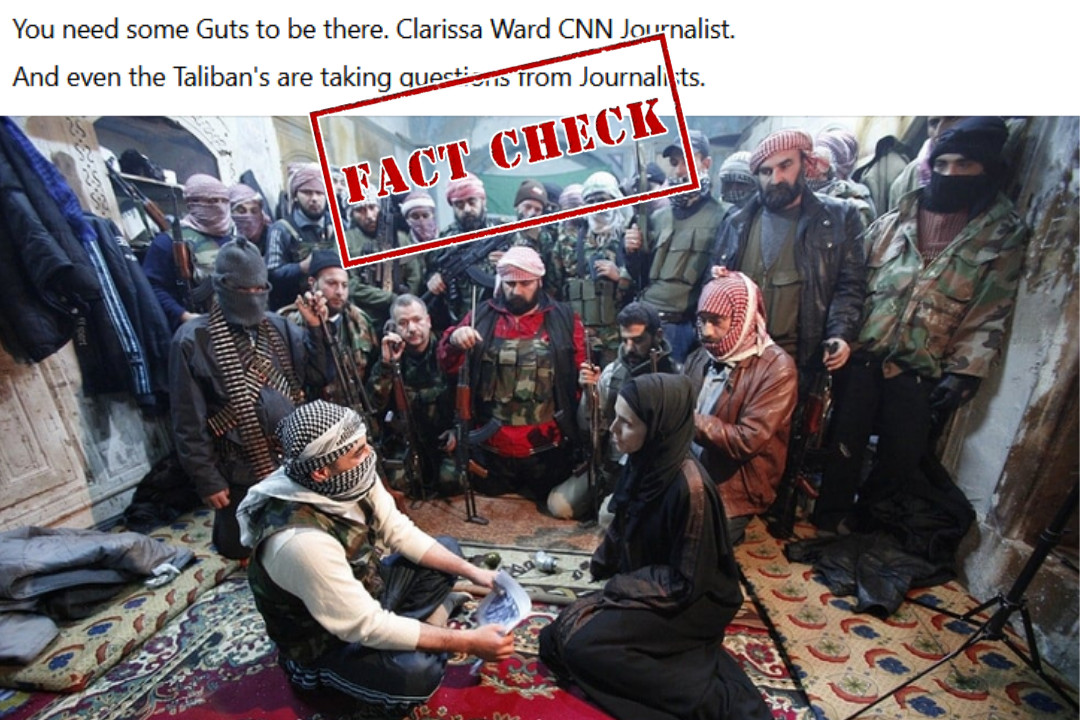 An image showing a hijab-clad woman sitting amidst a group of men carrying weapons is doing rounds on social media with a claim that it shows CNN chief international correspondent Clarrisa Ward interviewing the Taliban.

The image is being shared on Facebook with a caption that reads, “You need some Guts to be there. Clarissa Ward CNN Journalist. And even the Taliban’s are taking questions from Journalists” 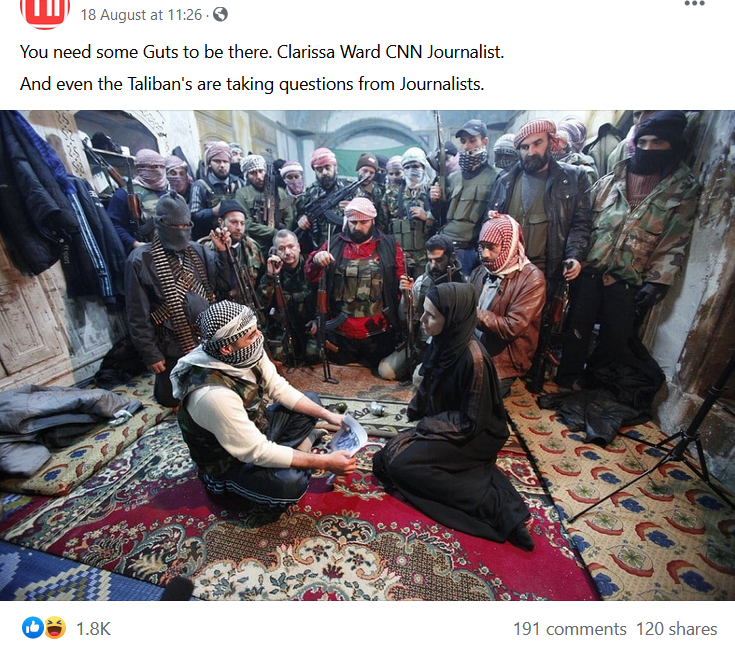 We did a Reverse Image Search and found a report on a US-based website Wbur, carrying the same image. The report was published on February 20, 2012. The headline of the report read, ‘Report From The Syrian Front Lines’. 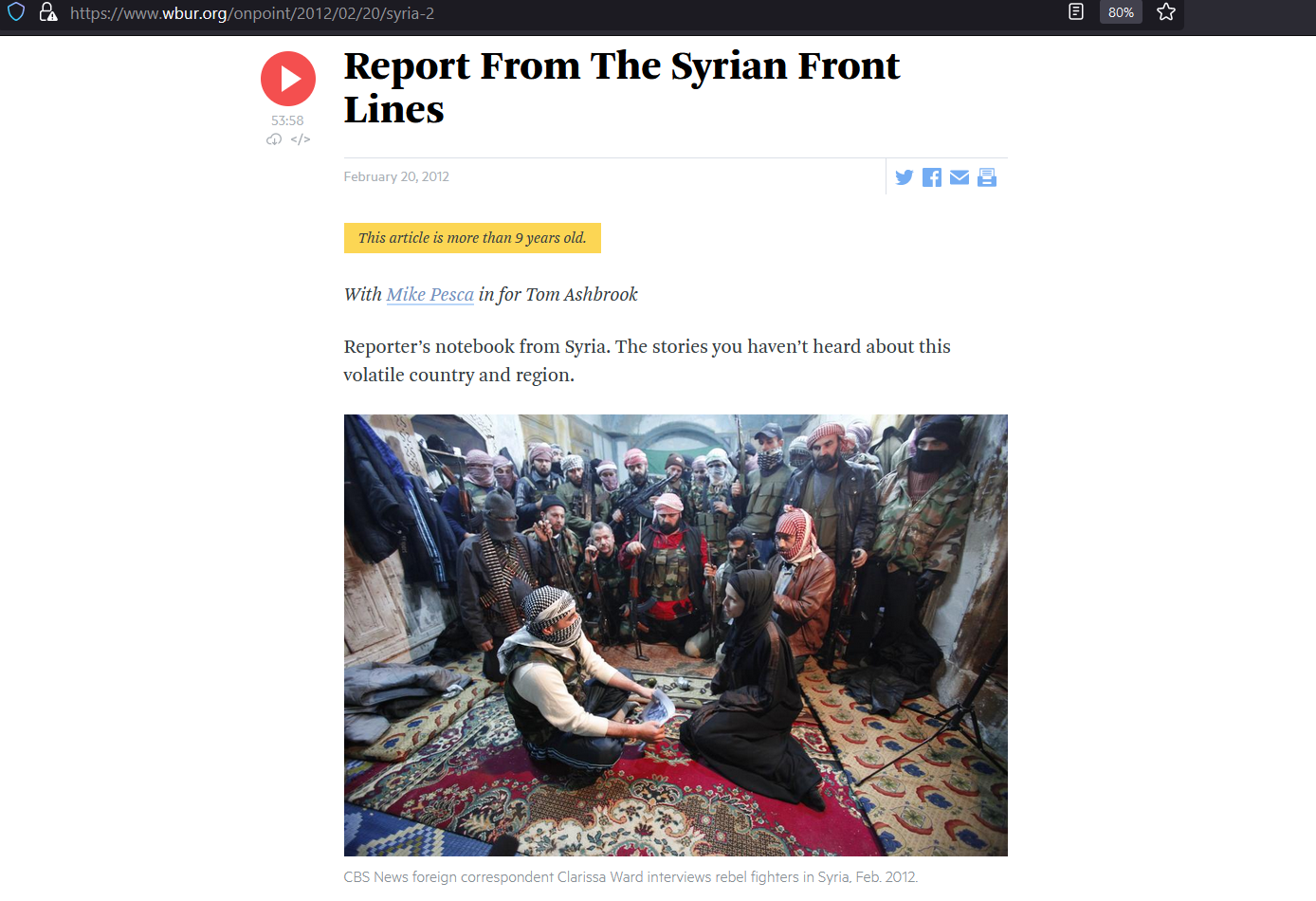 According to the news report, the picture was taken in Idlib City, in Northern Syria, in February 2012 with a group of rebel fighters who called themselves the Idlib Martyr’s Brigade.

We found the same picture on Ward’s verified Instagram handle uploaded on July 17, 2020. In the caption she mentioned that the picture was taken in Syria in 2012.

We found another news report mentioning that the picture was taken in Syria where Clarissa Ward interviewed rebel fighters in Idlib Martyr’s Brigade. The report can be seen here. 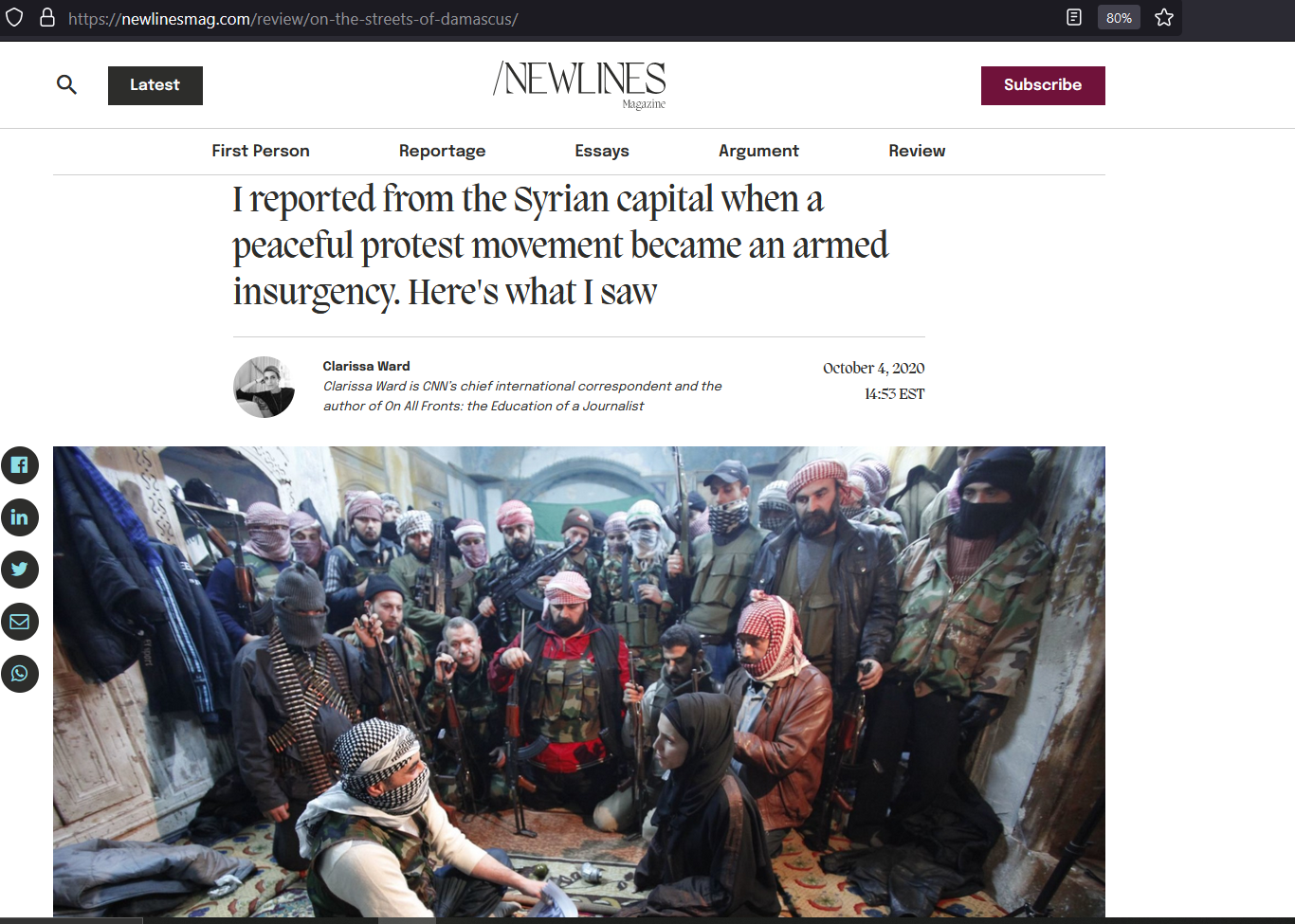 Thus, it is evident that the picture does not show the Taliban taking questions from a journalist.