Following the recent double explosion in Kabul Airport which claimed nearly 170 lives and left scores injured, many pictures claiming to be of the blasts have surfaced on social media.

One such picture is being shared with the caption, “BREAKING: Large explosion just outside #Kabul airport. Casualties confirmed.” 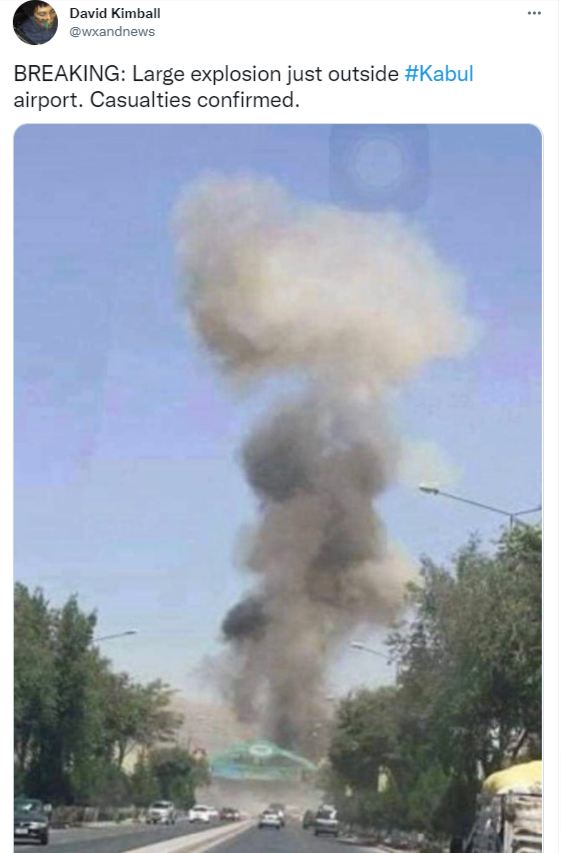 More such posts can be seen here, here, here and here.

NewsMobile fact-checked the post and found the image to be old.

Upon carefully examining the post, we found that it has been flagged by Twitter and in a reply, the user also clarified that the image is old. 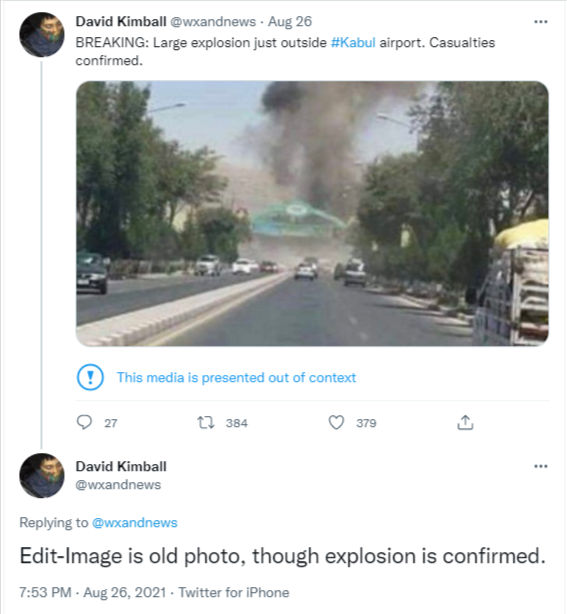 We also found that the same image was shared by an Indian journalist Sudhir Chaudhary, who later clarified that the image is old. The tweets can be seen here and here.

We then ran a Reverse Image Search on the picture to identify its origin. The search led us to an article published by Islamic Republic News Agency in October 2016, featuring the same image. 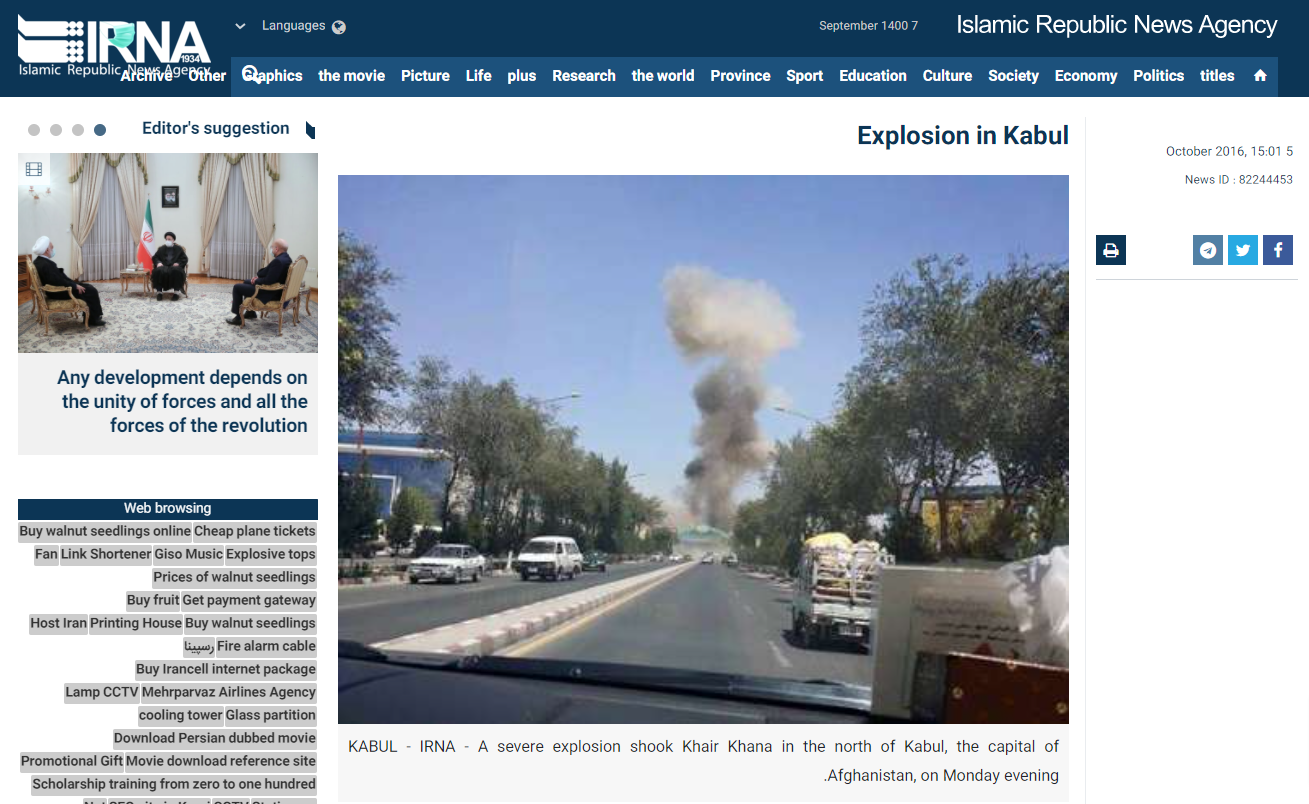 As per the article, the image is of a blast in Kabul. Taking a cue from this, we ran another Reverse Image Search along with a keyword search and found a tweet by Afghanistan media outlet 1TVNewsAF dated August 10, 2015.

“New details: The blast was powerful and the suicide bomber is said to have targeted two armoured vehicles carrying government officials,” a rough translation of the tweet read. 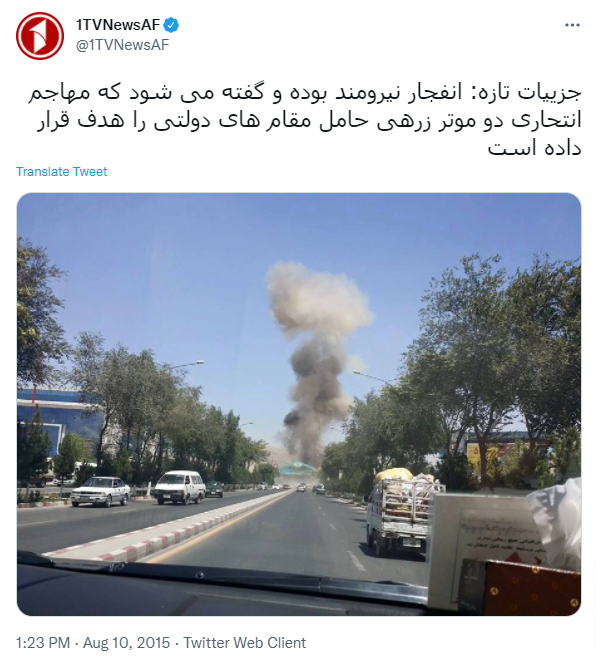 The image was also used in a 2015 report by IBTimes about a blast at Kabul Airport. 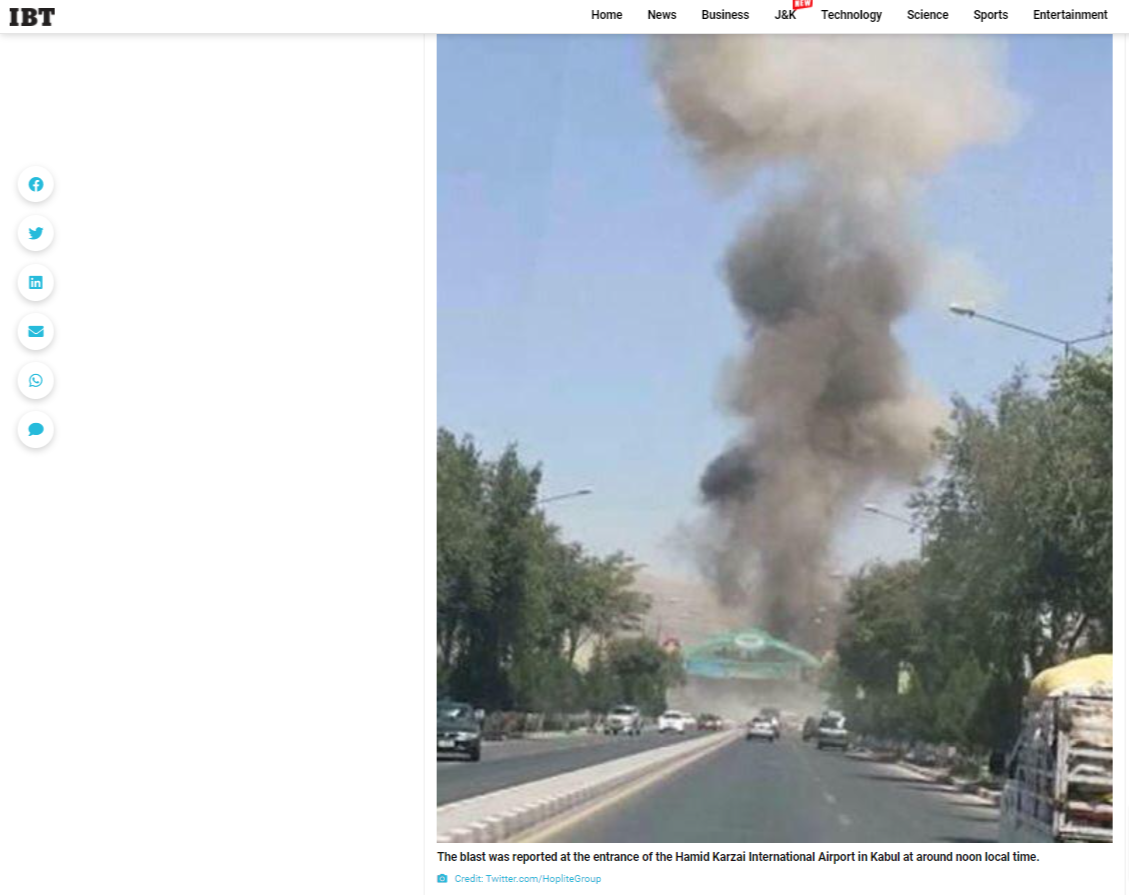 This proves that even though the picture is from Kabul, it is six years old and hence, the post is misleading.