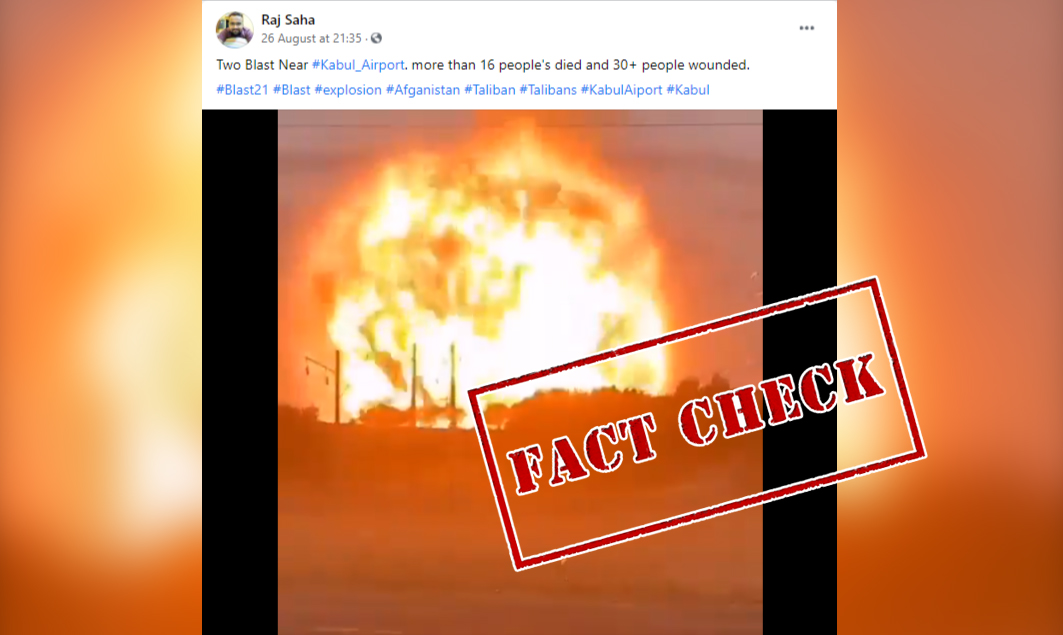 A video claiming to be of the recent twin explosions that rocked Kabul on August 26, 2021, is doing rounds on social media.

As per media reports, Kabul bombing death toll has soared to 170 and scores of people have been injured. The explosion happened at a time when Kabul airport was jam-packed with desperate Afghan citizens and foreign nationals including soldiers were were trying to leave the country in the wake of Taliban takeover.

The video of the explosion was shared on Facebook with the caption, “Two Blast Near #Kabul_Airport. more than 16 people’s died and 30+ people wounded.
#Blast21 #Blast #explosion #Afganistan #Taliban #Talibans #KabulAiport #Kabul” 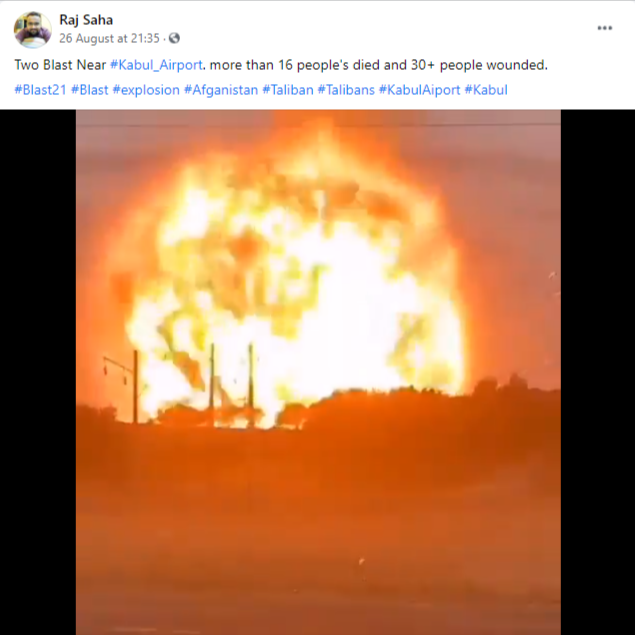 The video is being shared extensively on Facebook, the links can be seen here, here and here. 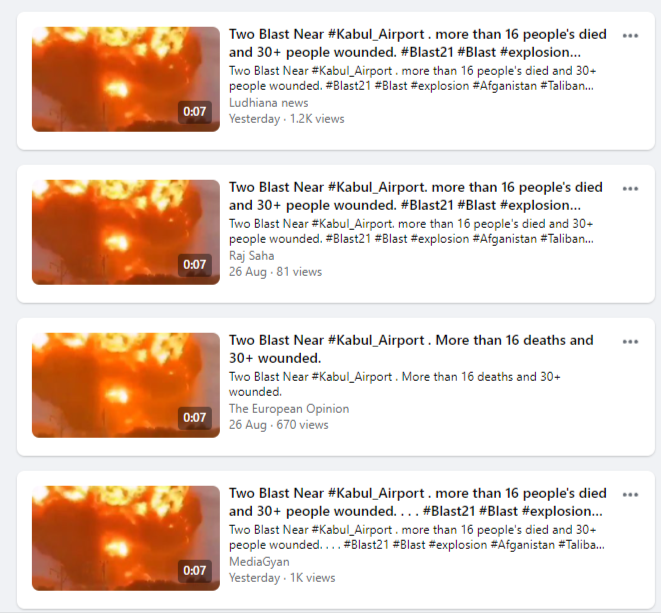 We extracted keyframes of the video and put them through Reverse Image Search. The search led us to multiple YouTube channels where the same video was shared with a claim that it shows the blast at the Kazakh military facility that took place on August 26, 2021. The videos can be seen here, here and here. 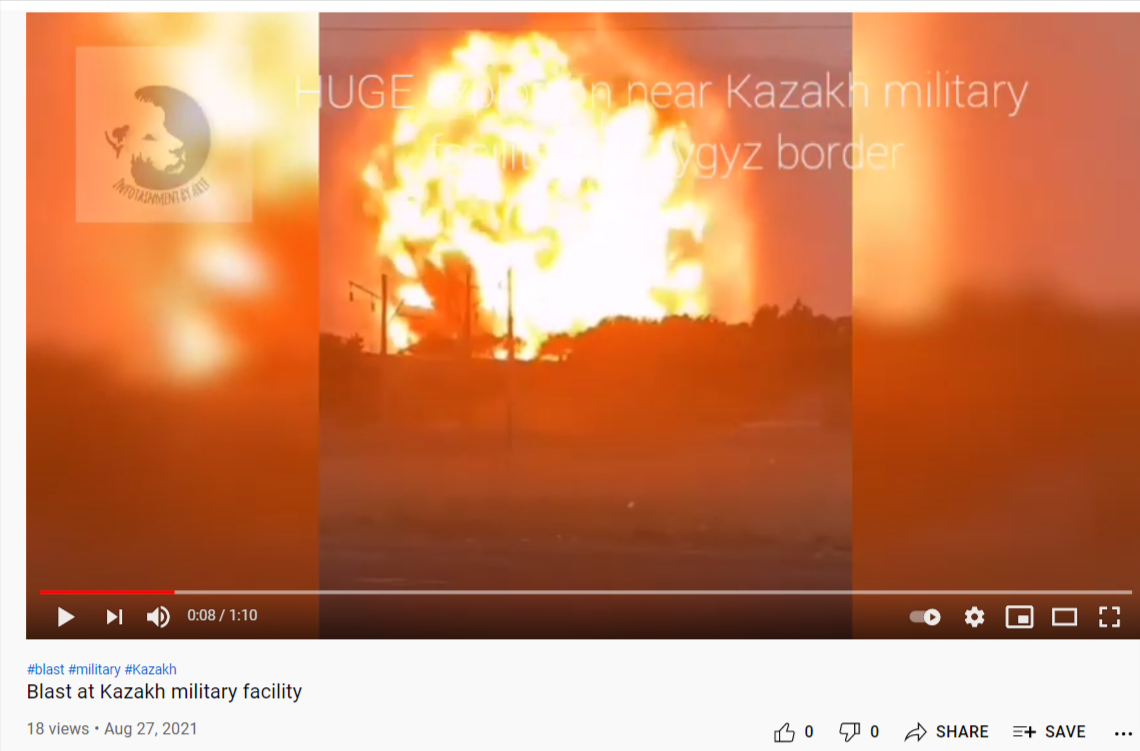 We ran a keyword search and found that the same video was also present in a video report by TRT Haber, a Turkish media outlet. The video was uploaded on August 26, 2021, with the title which can be translated in English as, “Explosion at military ammunition depot in Kazakhstan.” 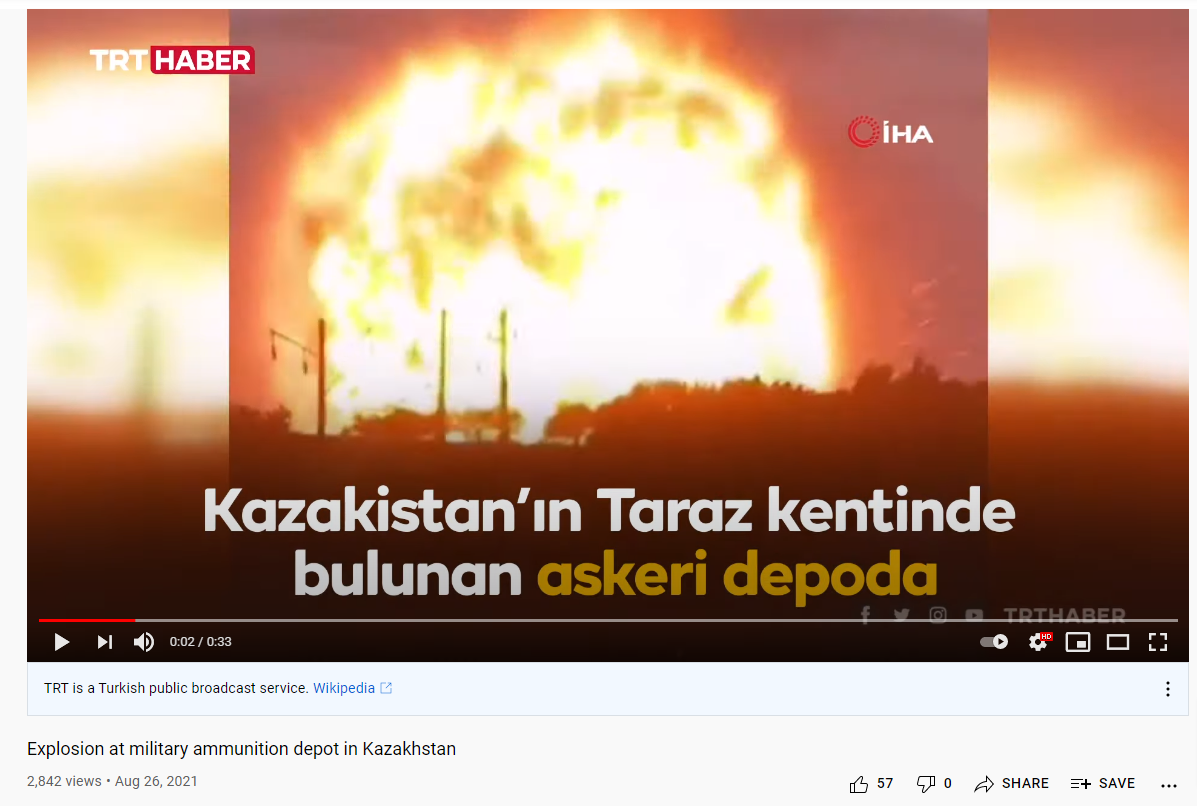 Based on this, we ran a keyword search and found a video report on the same by a Philippines-based media organisation Manila Bulletin. The report featured a different angle of the same blast.
A Kazakhistan media outlet, Tengrinews.kz, also shared pictures of the aftermath of the blast in the surrounding areas.

After carefully examining the pictures and the viral video, we realised that one of the pictures of a gas energy station resembles scenes from the video. 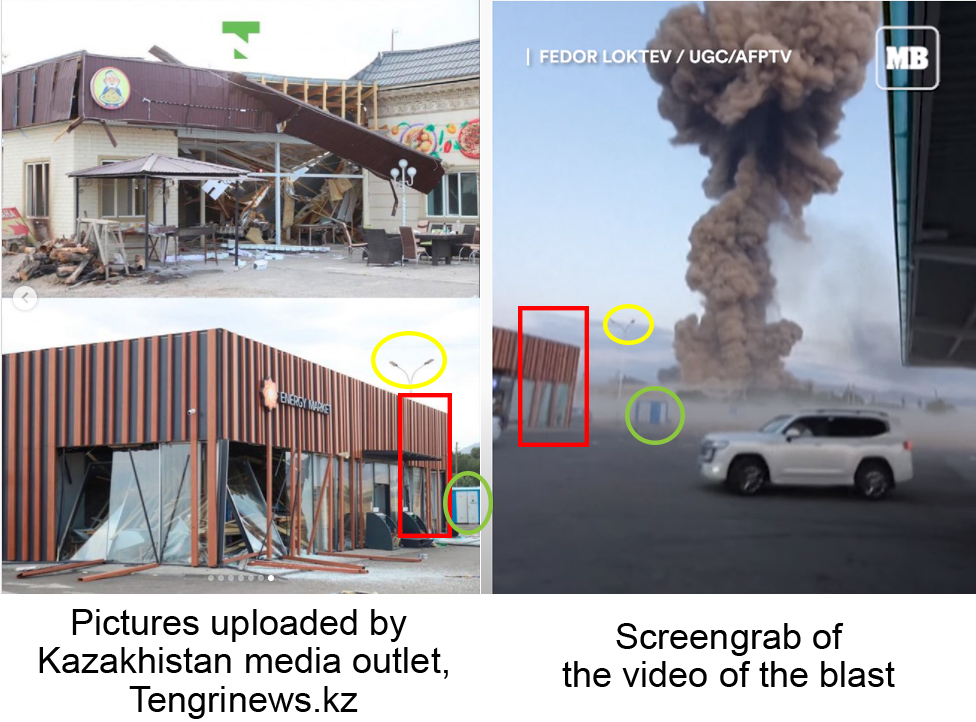 This proves that the location of the blast as shown in the viral post is Kazakhstan.
According to a report by Reuters dated August 27, 2021, blasts at the Kazakh military  depot killed at least 12 people and left 98 wounded.
Hence, from the above information, it is clear that the viral video is from Kazakhstan and NOT Kabul.