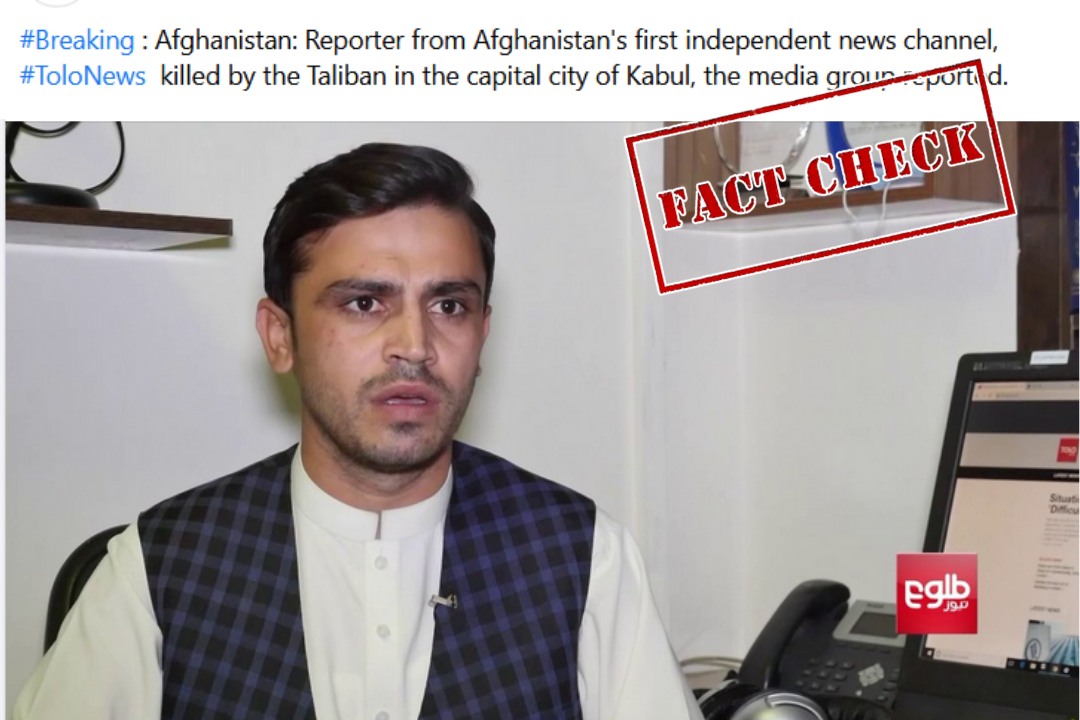 A post is doing rounds on social media claiming that the Taliban has killed an Afghan journalist from Tolo News.

The post being shared on Facebook reads, “#Breaking : Afghanistan: Reporter from Afghanistan’s first independent news channel, #ToloNews killed by the Taliban in the capital city of Kabul, the media group reported.” 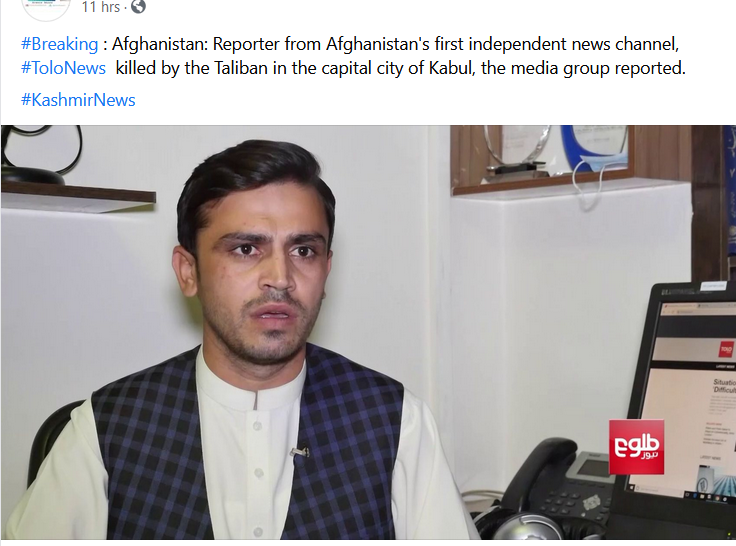 Starting with our investigation, we searched the web for news reports about the journalist’s death and found a report by NDTV dated August 26, 2021. “Reports Of Death “False”, Was “Beaten By Taliban”: Afghan Reporter”, the headline of the report read. 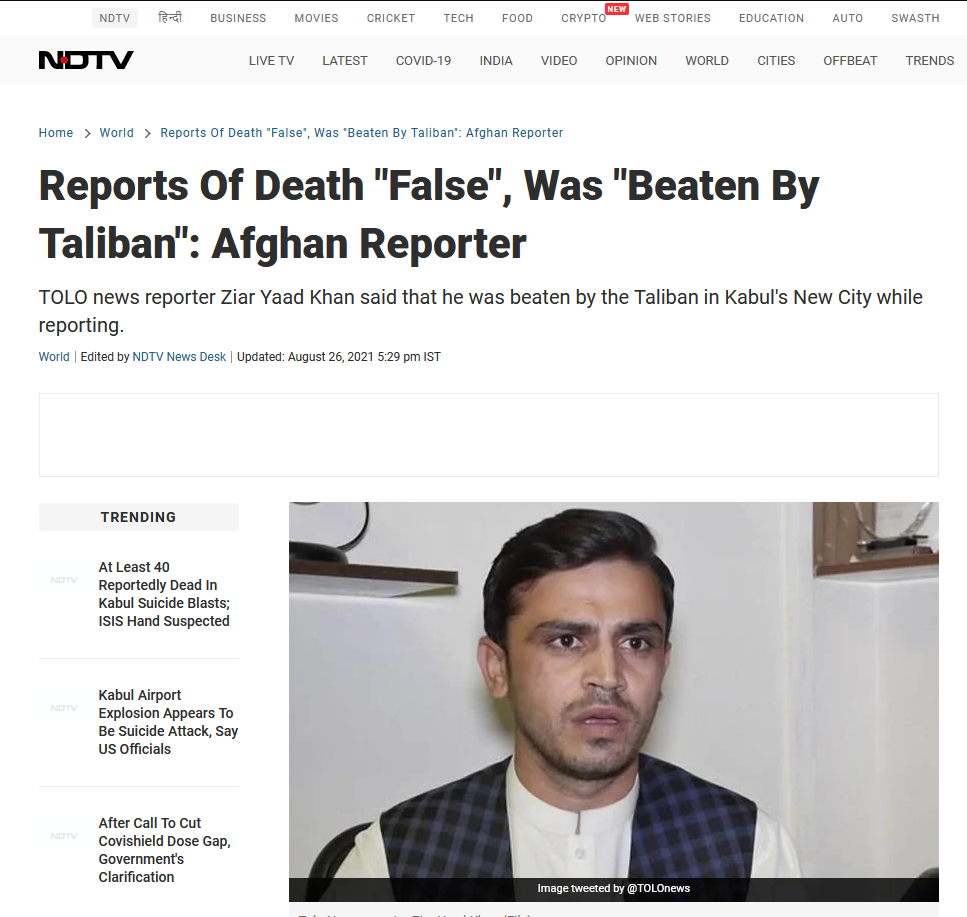 The report mentioned that shortly after Tolo News, Afghanistan’s first independent news channel, confirmed the death of its reporter Ziar Yaad Khan in Kabul, the man tweeted saying the report is false. Khan said he was beaten by the Taliban in Kabul and was hit at gunpoint.

We checked Tolo’s Twitter handle and found that the tweet about his death and the clarification that he and his cameraman were beaten not killed. 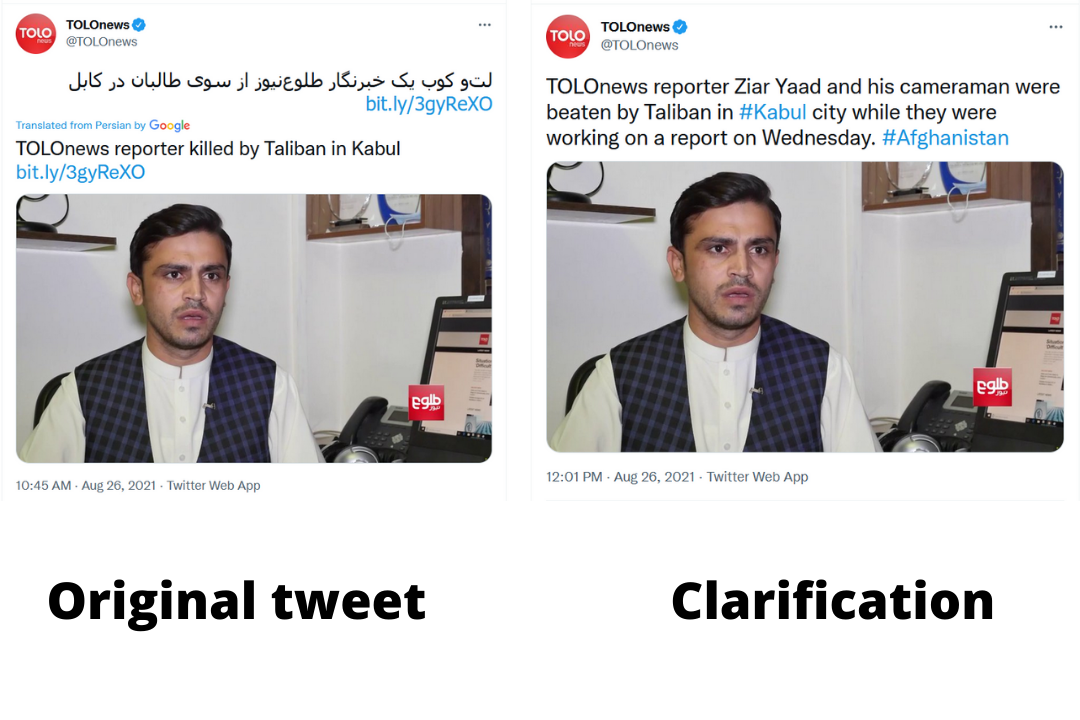 We also found a tweet on Khan’s Twitter handle, in which he refuted the claim about his death.

“Some people have spread the news of my death which is false.The Taliban got out of an armored Land Cruiser and hit me at gunpoint,” reads the tweet.

Thus, it is evident from the above information that the posts claiming that the Taliban has killed Tolo News journalist are false.