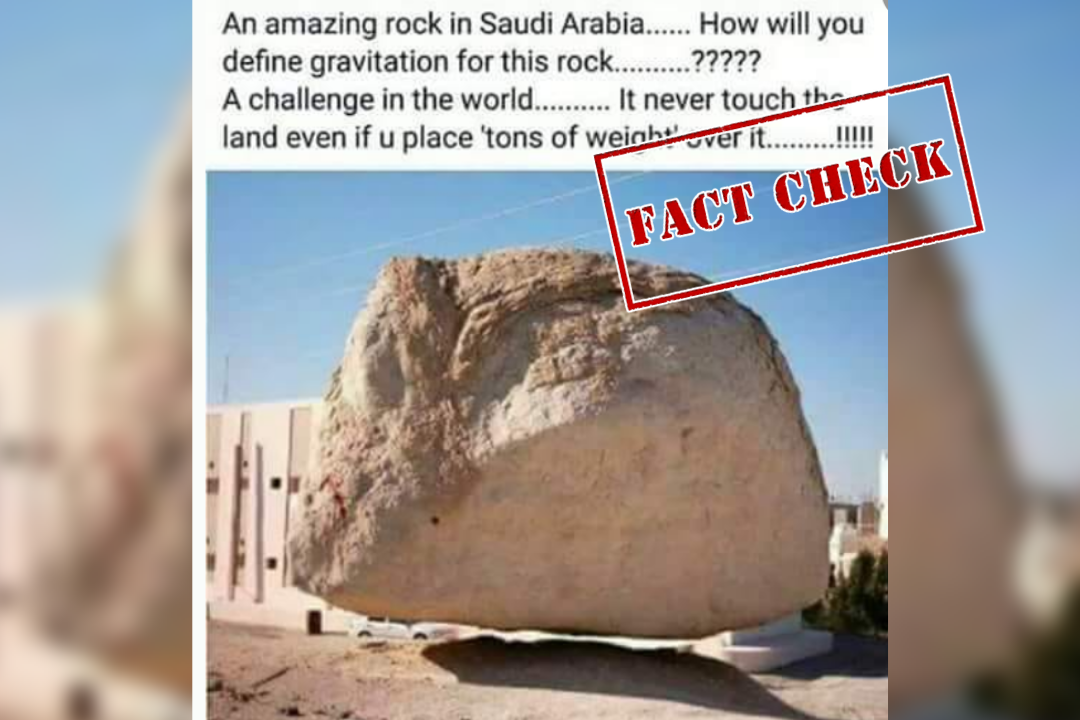 A picture of a rock which appears to be floating in the air defying gravity is doing rounds on social media. It is being claimed that it is from Saudi Arabia. 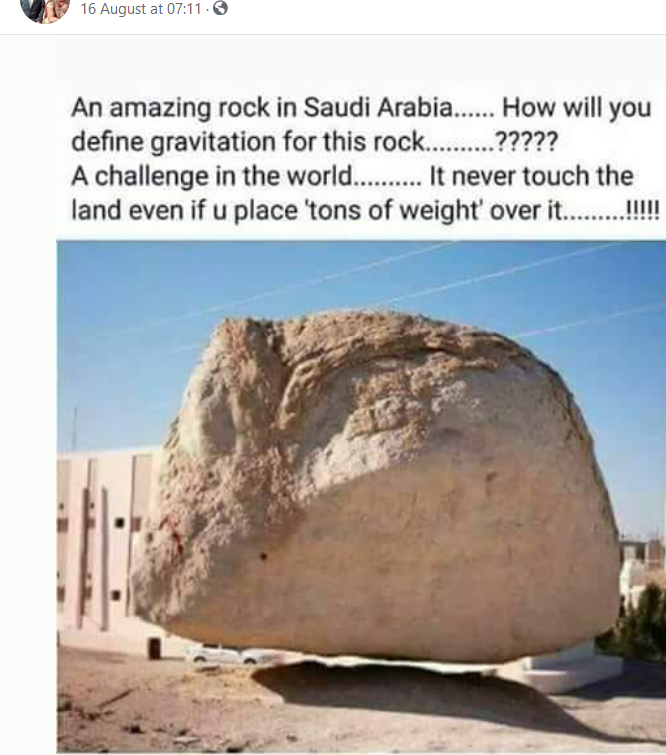 Find the above post here. We found that posts with similar clams are circulating on social media since 2009. These posts can be seen here, here and here.

NewsMobile fact-checked the picture and found out that the viral picture is morphed.

When we put the image through Reverse Image Search along with some keywords, we found a video on YouTube, featuring the same rock. “Magical Floating stone in Al Ahsa, Saudi Arabia”, the title of the video read. 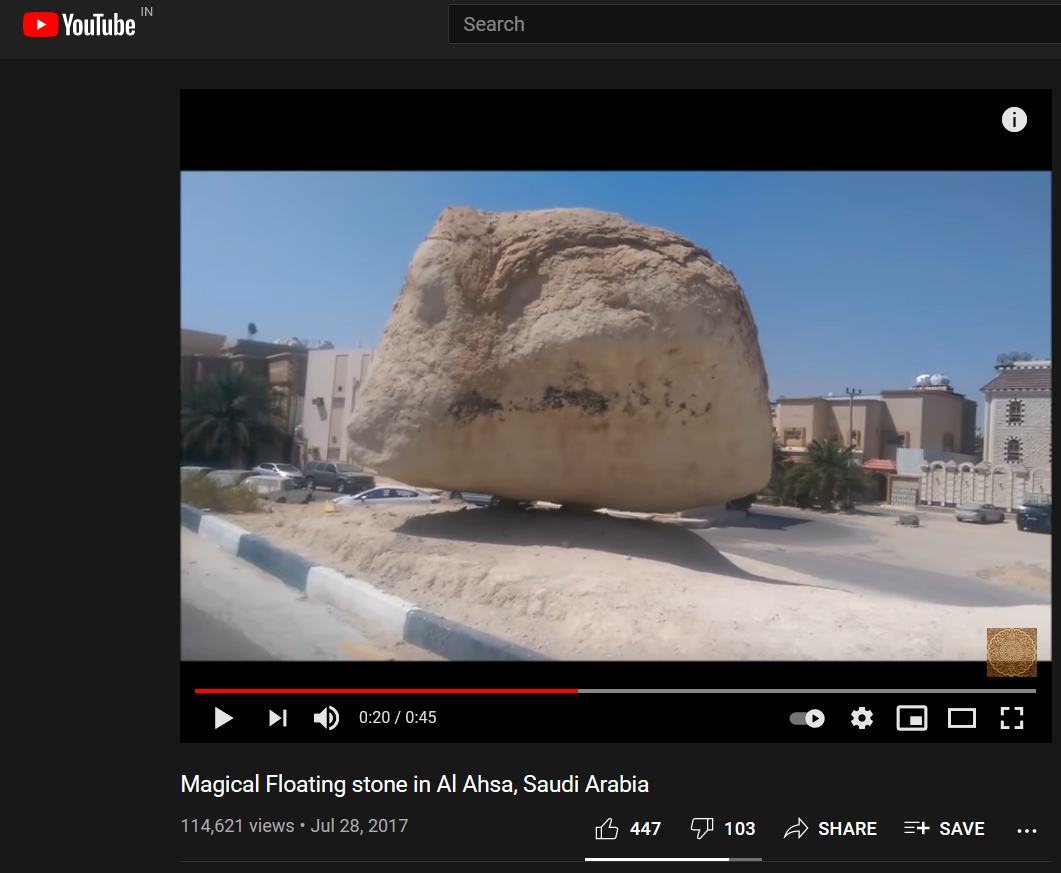 The video mentions that the rock is located in Al Twaitheer, Saudi Arabia.

When we compared the post with the rock in the video, it becomes clear that the rock is not floating but resting on pillars. 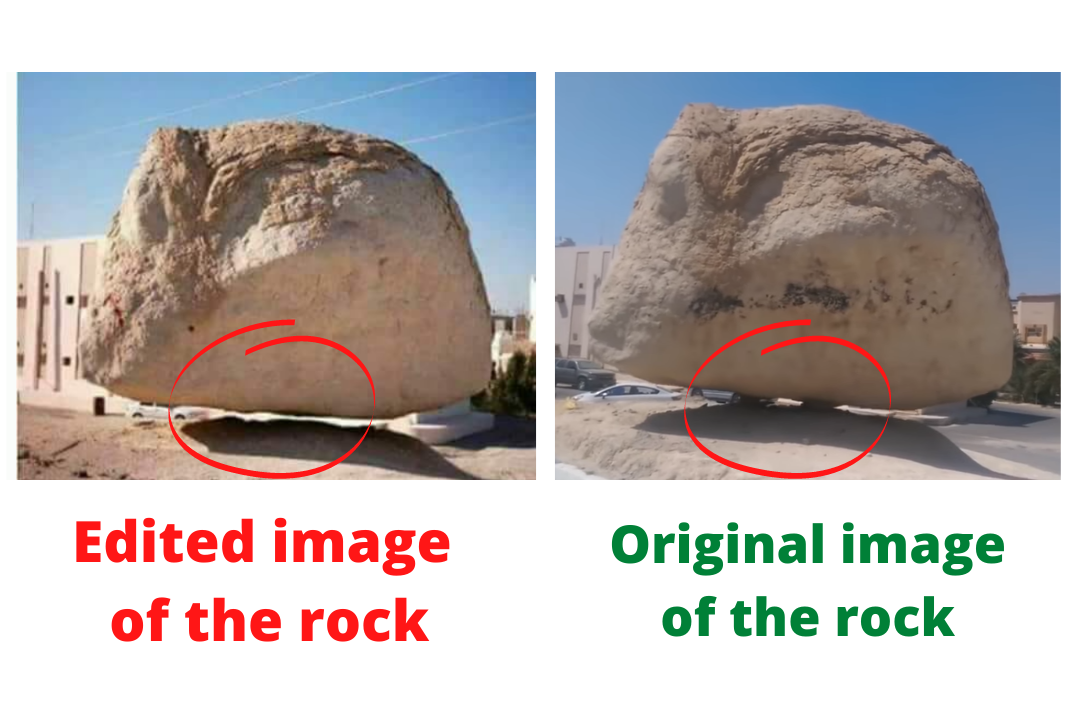 More videos featuring the rock resting on pillars can be seen here, here and here.

Finally, we looked for the picture of the rock on Google maps and found that it is indeed called the “Floating Rock” on the map. From Street View it can be clearly seen that it is attached to the ground.

Hence, the above information proves that the picture of the ‘floating rock’ is edited as the pillars have been digitally removed from the picture.