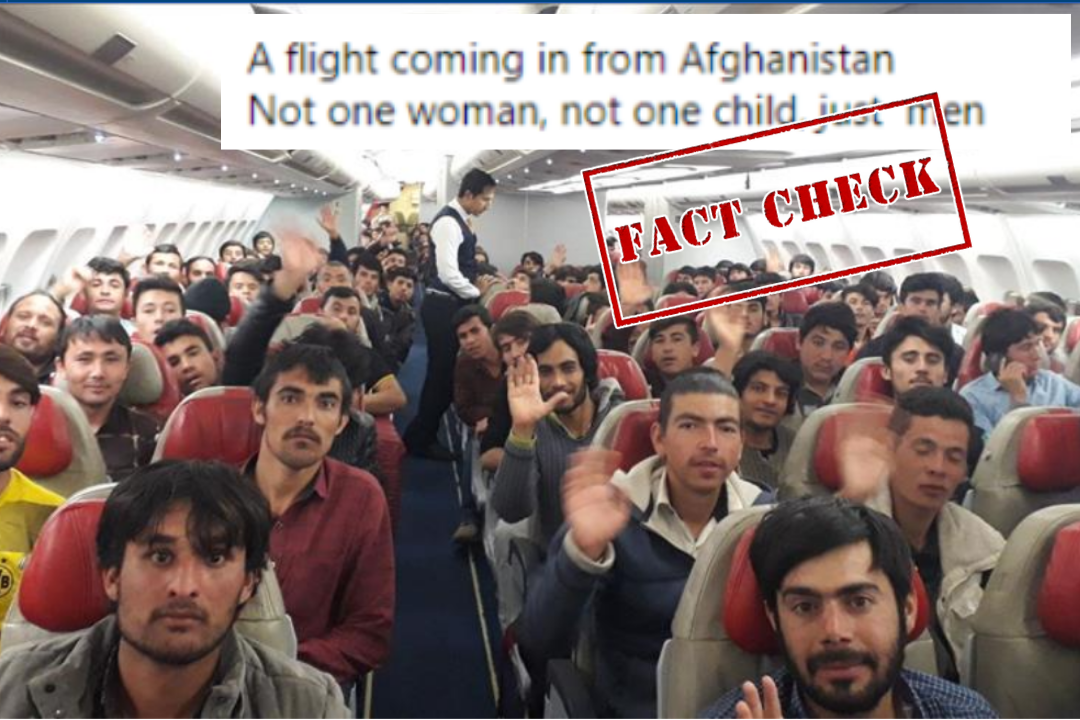 An image showing a flight with all male passengers is doing rounds on social media with a claim that it shows that only men are being airlifted from Kabul post takeover by Taliban.

The image is being shared on Facebook with a caption that reads, “A flight coming in from Afghanistan. Not one woman, not one child, just men. Checks and balances need to be put in place to ensure that these people coming into are genuine and not the brainwashed who have live under Sharia law. Photo from dave Atherton.” 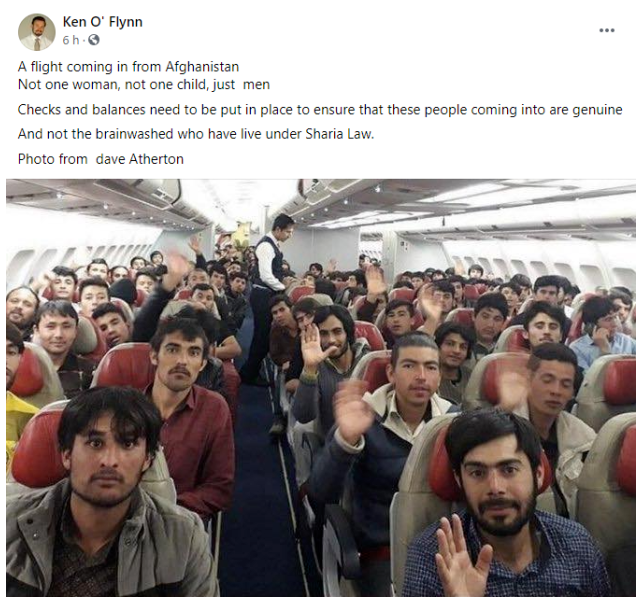 We found that the user who has shared the above picture posted the image again and published a clarification. “Earlier today I wrongly attributed this photo to a flight out of Kabul possibly to America of Afghans, it was an honest mistake. It’s from 2018 when Turkey deported 454 Afghans back home”, the caption of the post read. 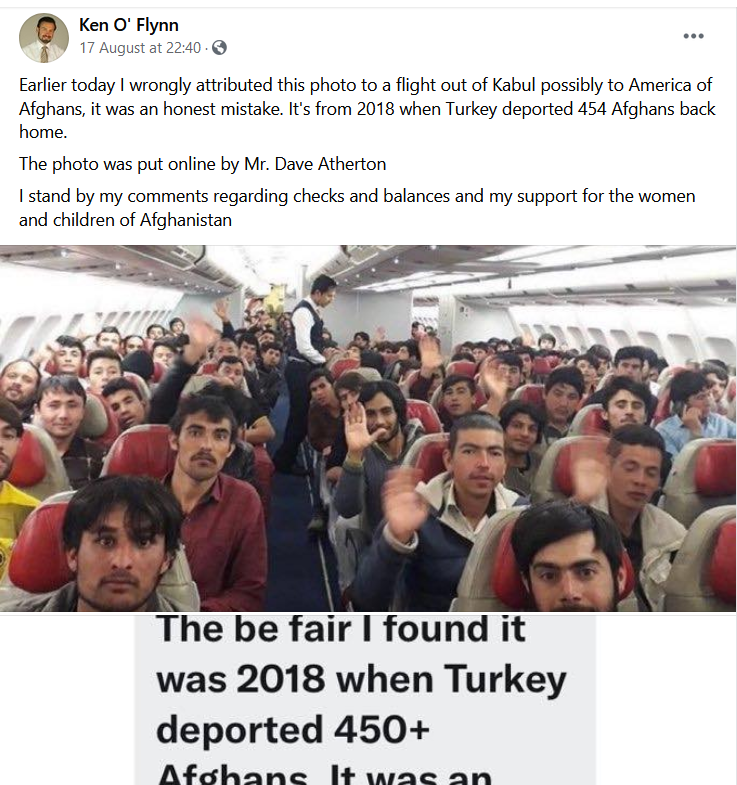 With that information, we did a Reverse Image Search and found a report on the website Anadolu Agency, a state-run news agency in Turkey, carrying the same image. The headline of the report read, ‘Turkey deports 778 Afghan refugees’. 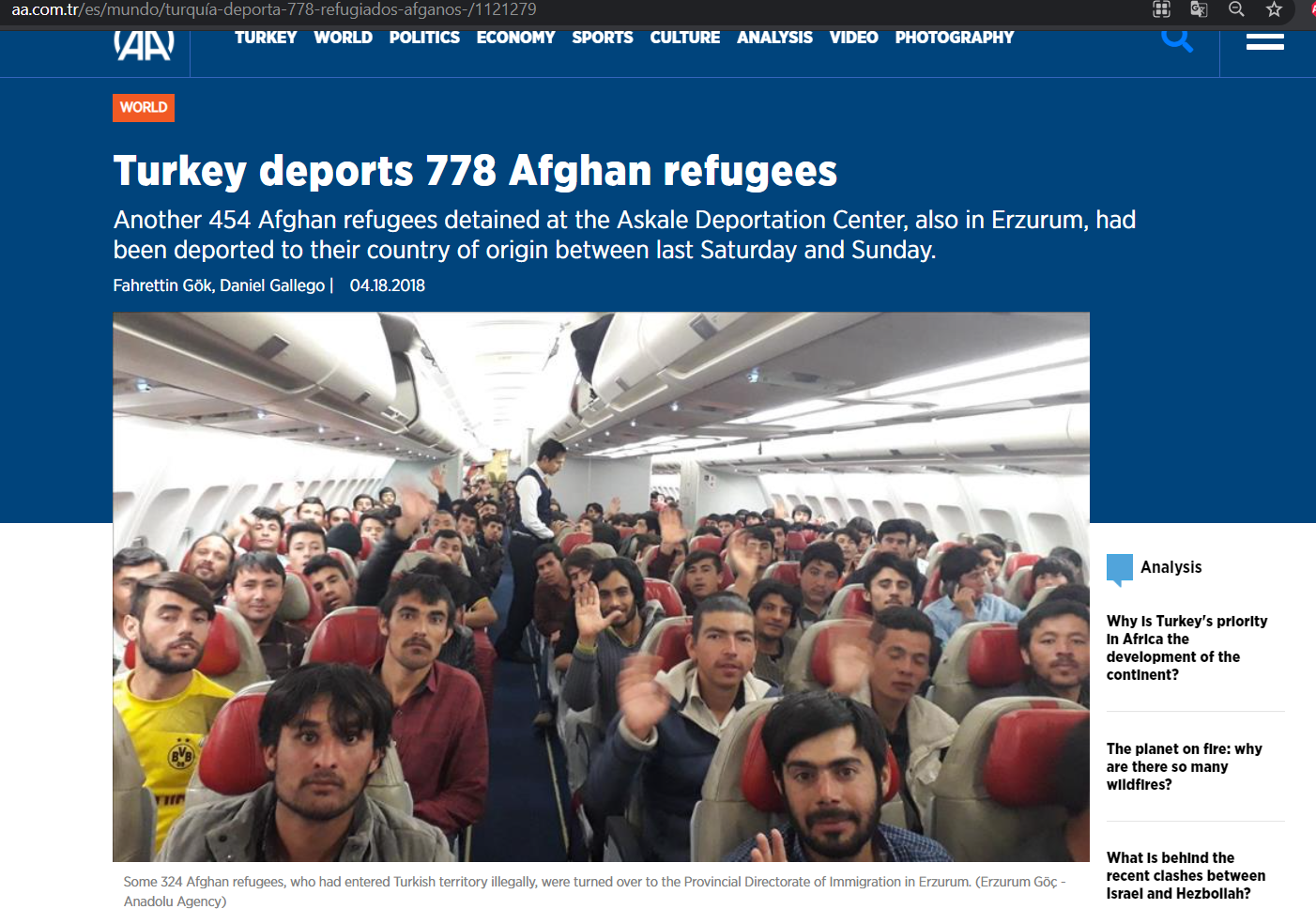 The caption of the image read, “Some 324 Afghan refugees, who had entered Turkish territory illegally, were turned over to the Provincial Directorate of Immigration in Erzurum. (Anadolu Agency)”

As per reports, refugees of Afghan origin were deported to Kabul via charter flights after completing the relevant procedures in the Turkish province of Erzurum.

Some 324 Afghan refugees, who had entered Turkish territory illegally, were turned over to the Provincial Directorate of Immigration in Erzurum after being detained by the Police and Gendarmerie. After completing the procedures, they were escorted by the security forces to the Erzurum airport to later be deported to their country by charter flights.

According to a news report on the ongoing Afghan crisis, the US government put 640 Afghans in a C-17 aircraft and evacuated them on Sunday (August 15, 2021). It can be seen in the image that women and children are also present in the aircraft. 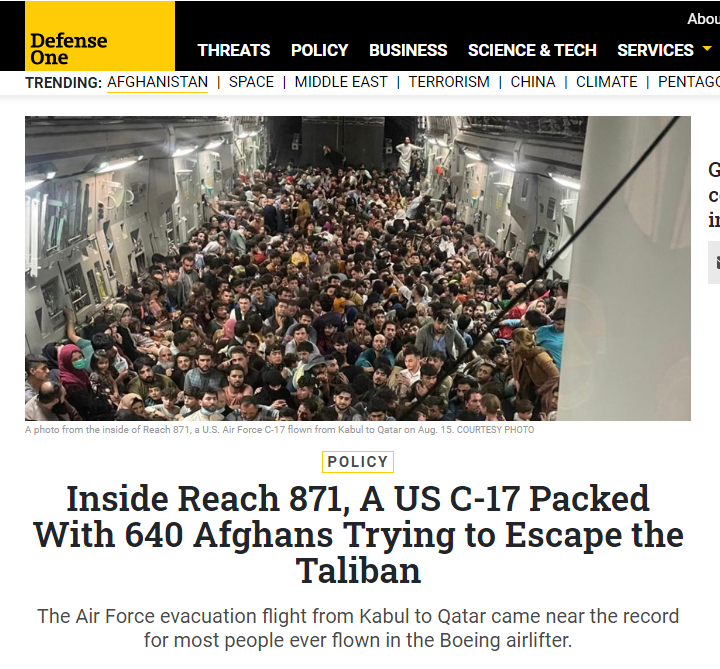 Thus, it is evident that an old image from Turkey is being shared as only men from Afghanistan are being airlifted.