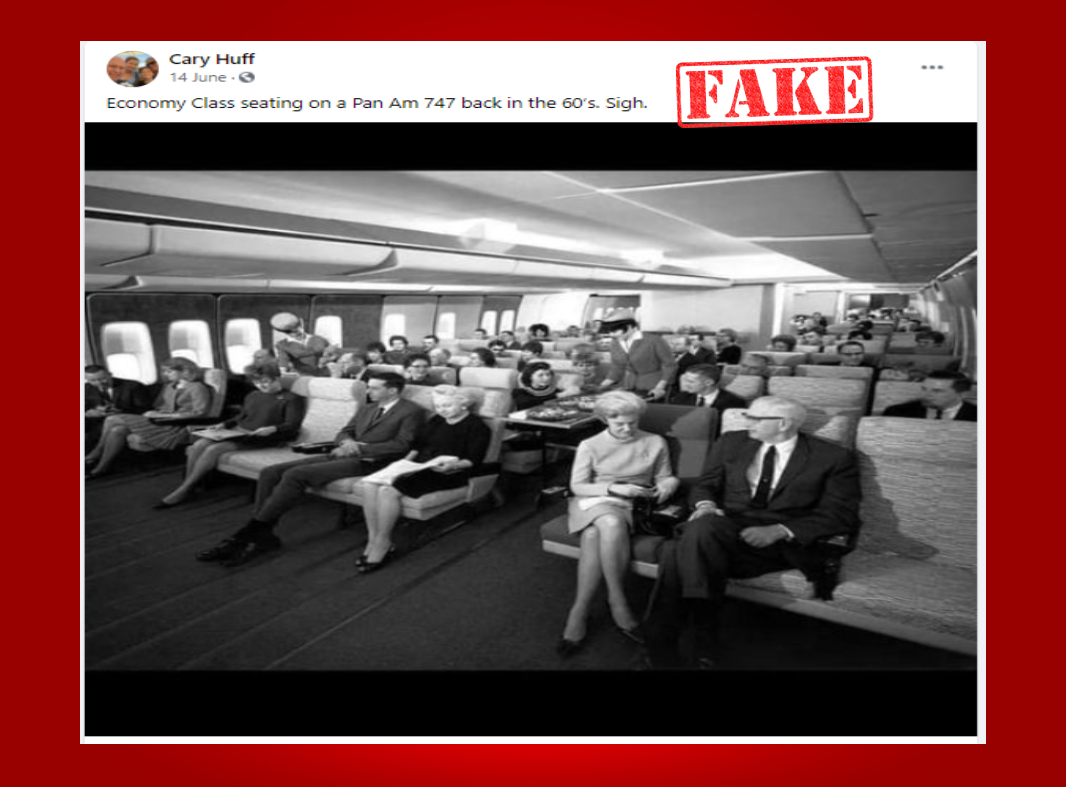 An image of people sitting in a lobby has gone viral with a claim that the image is of an economy class cabin of an aircraft from the 1960s.

The image intends to portray that the cabin of planes earlier were spacious.  The image is being shared with a caption that reads, “Economy Class Seating On A Pan Am 747 In The Late 1960’s.” 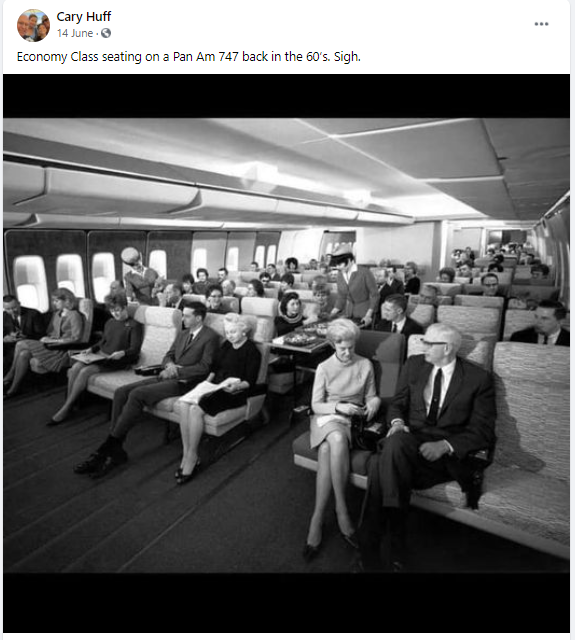 On doing a Reverse Image Search on the viral image, we found that a website, Work That Works, had uploaded a coloured version of the same image with a caption, “Boeing 747, interior mockup. A full-scale mock-up of the interior of the 747’s passenger model. Boeing initially expected to sell only about four hundred 747 passenger planes and designed them for easy conversion into cargo carriers. When the passenger seats are removed the fuselage can accommodate containers stacked two units wide, two units high and two or three ranks deep. Boeing has since sold more than one and a half thousand 747s. (Photo courtesy of the Boeing Company).” 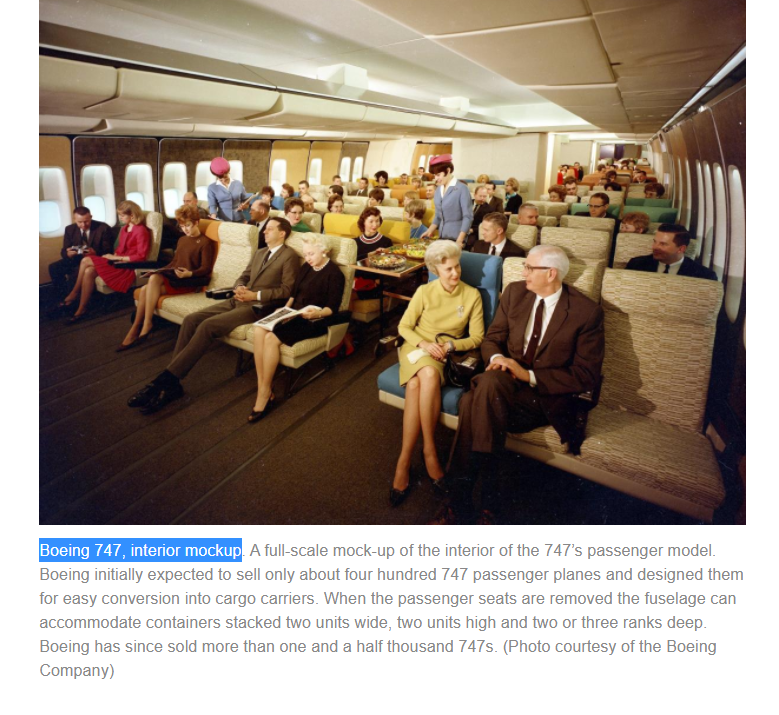 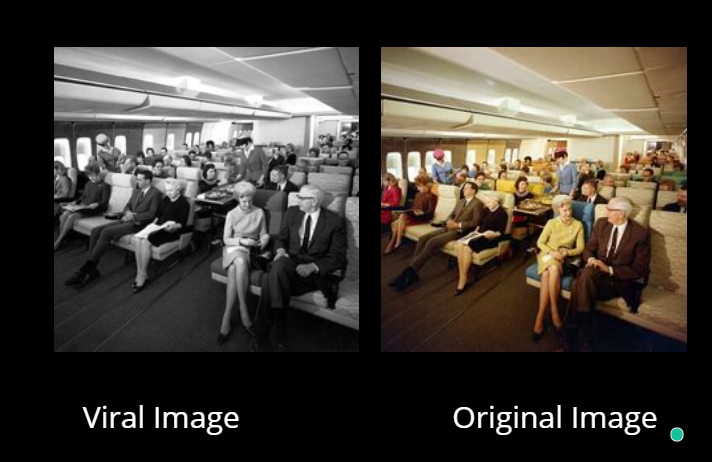 The website had attributed the image to Boeing Company. Taking a cue from the above, we searched for the image on the website of Boeing Company and found the same image was also uploaded on their site with the caption that read, “Mock-up of 747-100 Cabin, March 1967. Boeing delivered 250 of the 747-100s, the last in 1986. Boeing built two versions of the 747-100 passenger airplane, one of which had a higher payload capacity and was known as the -100B. The 747-100 also was available as a short-range airplane, which had a modified body structure to accommodate a greater number of takeoffs and landings. This model typically was used by airlines on short flights with a high-passenger capacity, as many as 550.”

We also found an image of the cabin of flights in the 1960s, published on Insider. 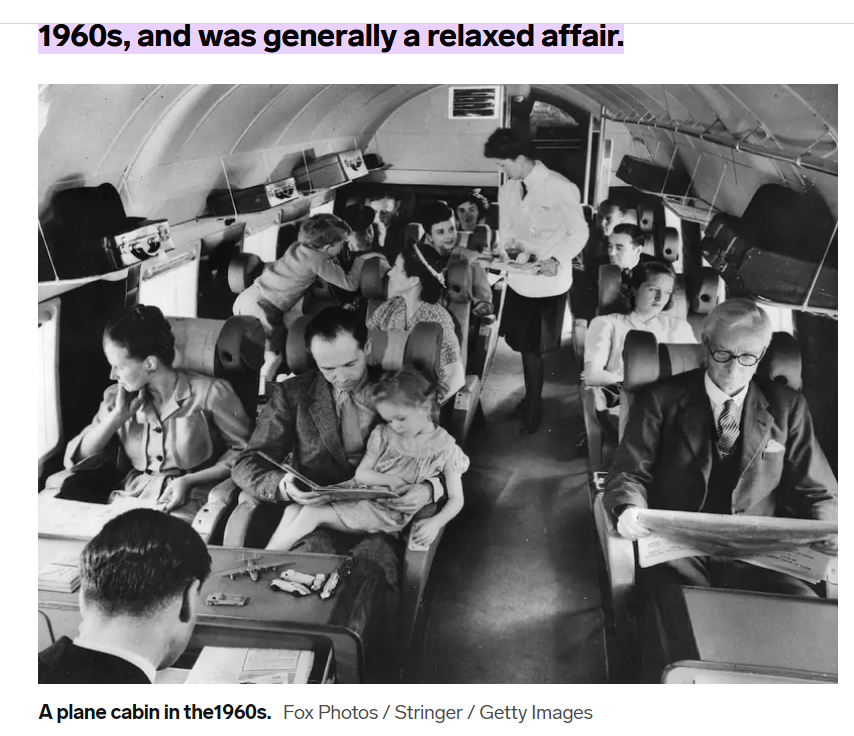 Hence, the viral image is a mock-up of a Boeing cabin and not an original cabin image of an aircraft from 1960s.