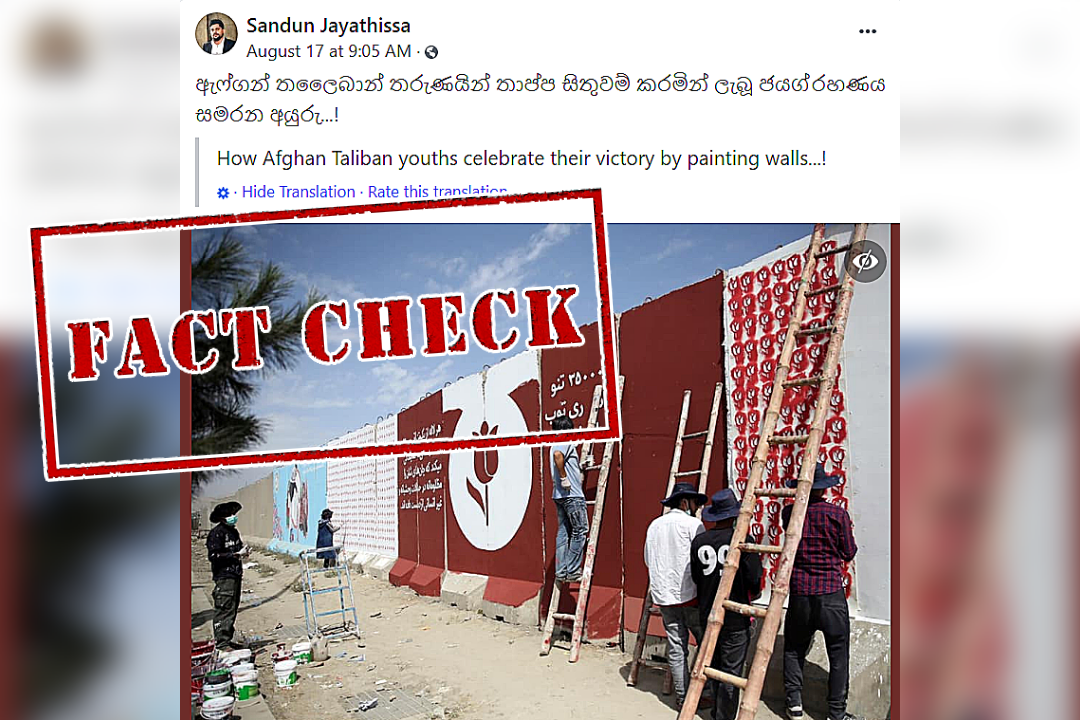 An image, in which a couple of men can be seen painting a wall, is being shared on social media with a claim that Talibani supporters are celebrating their takeover of Afghanistan.

The image is shared on Facebook with a caption in Sinhala that translates to, “How Afghan Taliban youths celebrate their victory by painting walls!” 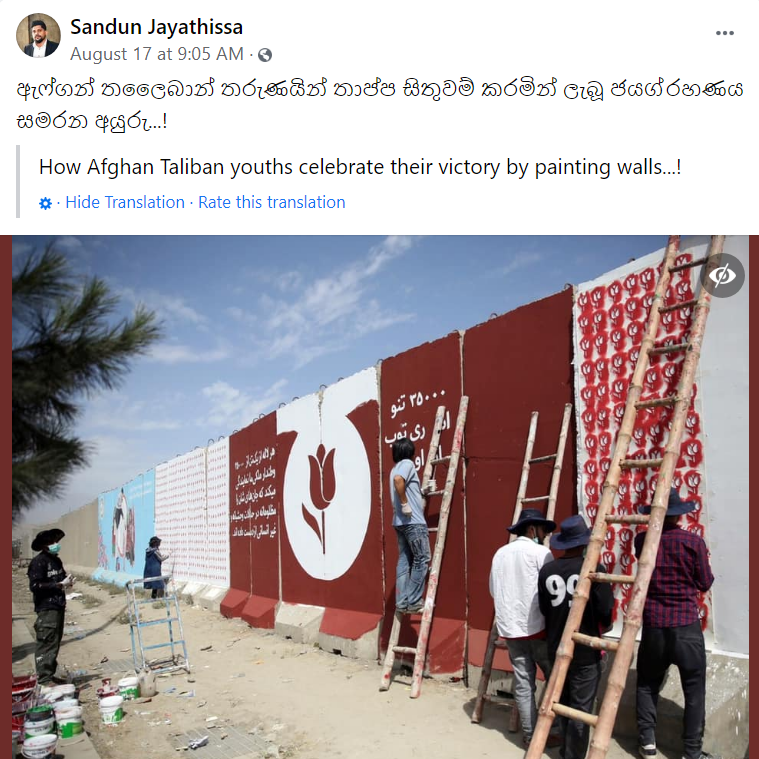 We did a Reverse Image Search and found the same image published in a news article dated September 1, 2019. The headline of the article read, “War-weary Afghans see little voice in their country’s fate during US-Taliban peace talks.” The caption of the image reads, “In this Friday, Aug. 30, 2019 photo, independent Afghan artists paint tulips on blast walls in Kabul, Afghanistan.” 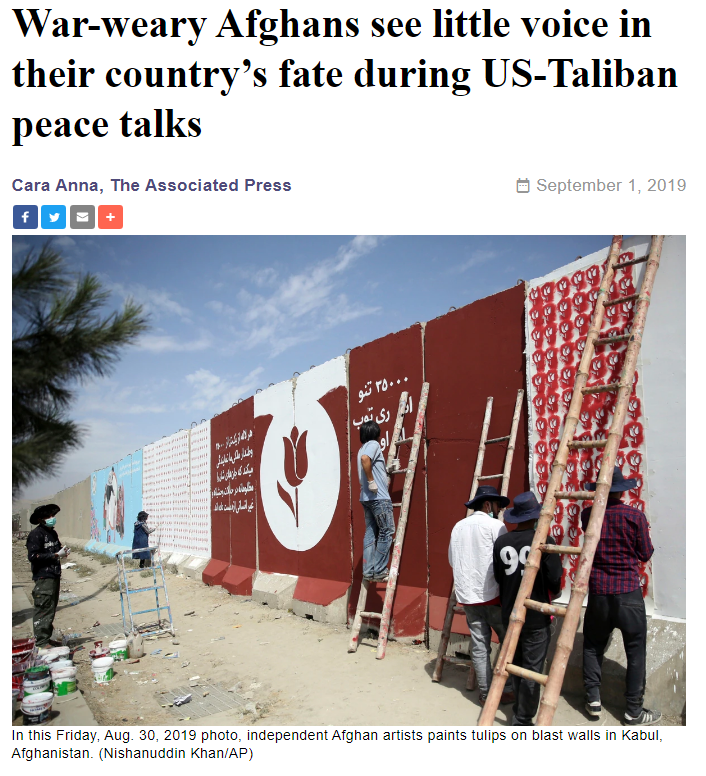 Searching further, we found the same image published on AP’s website dated August 30, 2019. “In this Friday, Aug. 30, 2019 photo, Independent Afghan artists paint tulips on blast walls in Kabul, Afghanistan, For almost a year, Afghanistan’s more than 30 million people have been in the awkward position of waiting as a United States envoy and the Taliban negotiate their country’s fate behind closed doors,” read the caption of the image.

Thus, it is evident from the above information that an old image of Afghan men painting tulips on blast walls in Kabul is being shared as Taliban supporters celebrating their victory. Therefore, the viral claim is misleading.