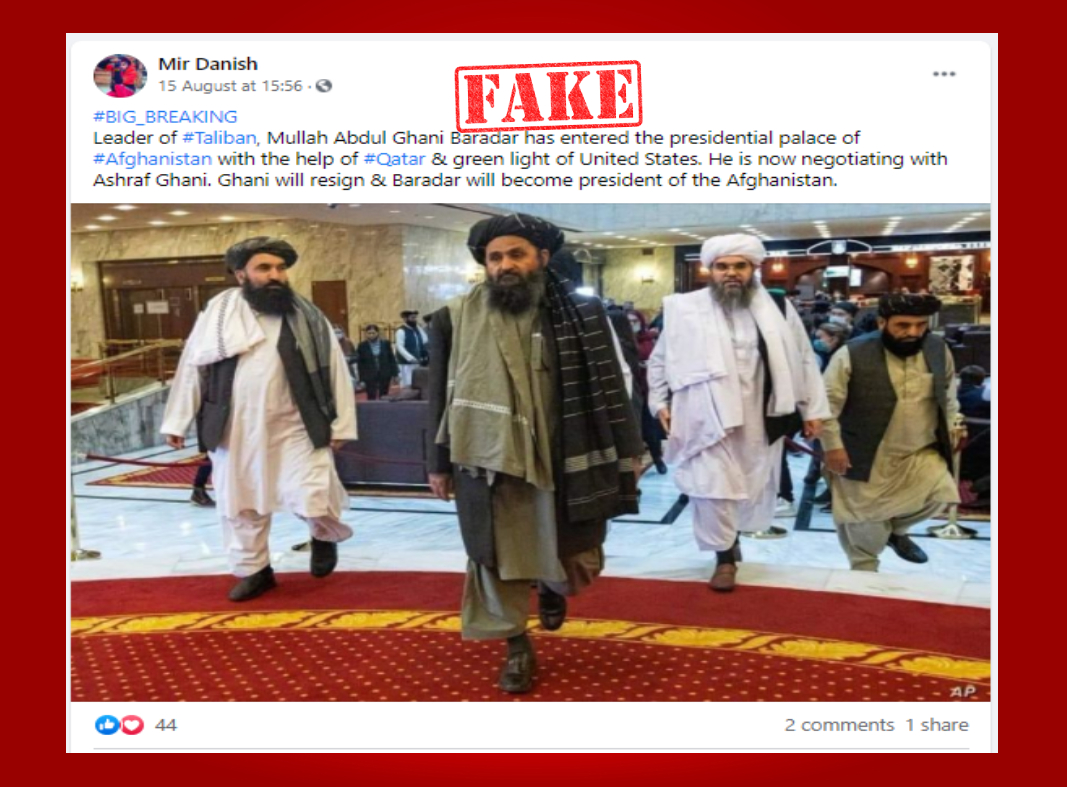 An image of Taliban leaders is going viral with a claim that it shows them entering the Presidential Palace in Kabul, Afghanistan.

The image is being shared with a caption that reads, “#BIG_BREAKING Leader of #Taliban, Mullah Abdul Ghani Baradar has entered the presidential palace of #Afghanistan with the help of #Qatar & green light of United States. He is now negotiating with Ashraf Ghani. Ghani will resign & Baradar will become president of the Afghanistan.” 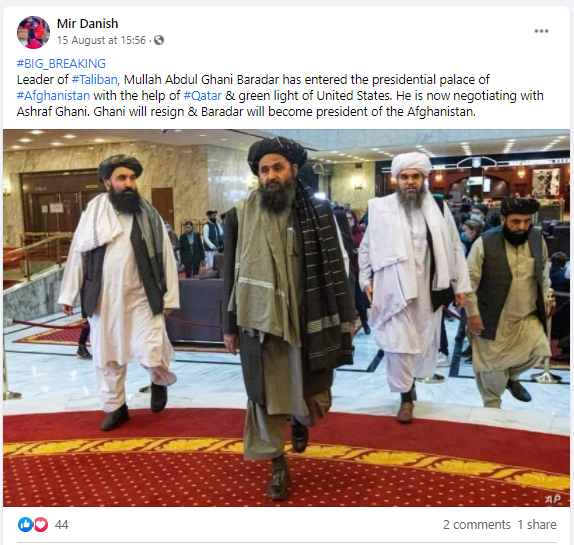 On doing a Reverse Image Search, we found the same image was published on Russian social media platform Vk on July 9, 2021. The image was shared with the caption, “My new Afghanistan column. Focus on diplomacy – including inside info. Things moving extremely fast. Taliban now at the gates of Kandahar – and controlling virtually all border crossings, except Torkham (AfPak). Will address the Iran and China Diplo-front in my next column. No paywall for this one – so far. Go grab it.” 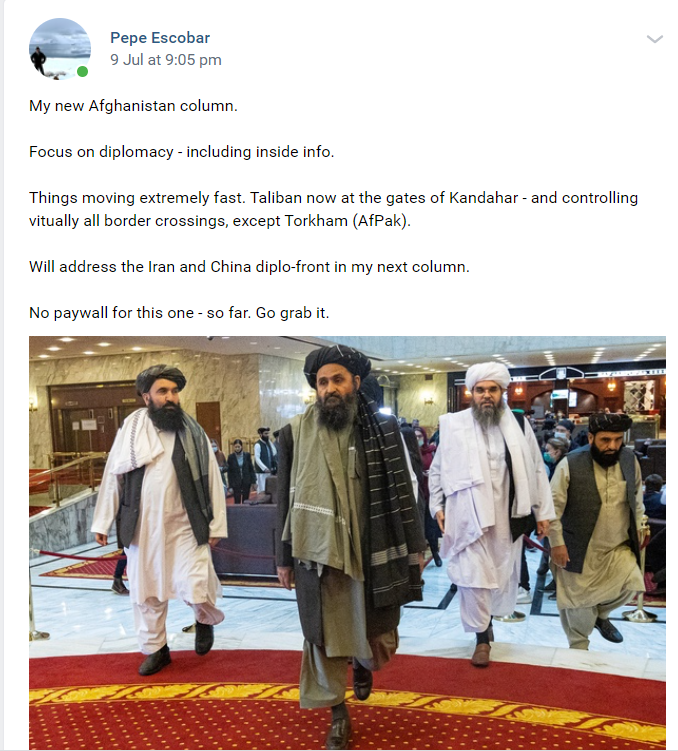 Since the Taliban captured Afghanistan’s Presidential palace in Kabul on August 15, 2021, hence, the viral image cannot be of Taliban leaders entering the Presidential Palace.

On searching further, we found that the same image was uploaded by Egypt Independent on March 19, 2021. The article associated with the image read, “Afghan government, Taliban agree to accelerate peace talks after Moscow summit.”

The same image was also uploaded by Reuters with a caption, “Mullah Abdul Ghani Baradar, the Taliban’s deputy leader and negotiator, and other delegation members attend the Afghan peace conference in Moscow, Russia March 18, 2021.”

This proves the viral image is of Taliban’s leader Mullah Abdul Ghani Baradar while he was on his way to attend the Afghan peace conference in Moscow and does not show them at the Presidential Palace.