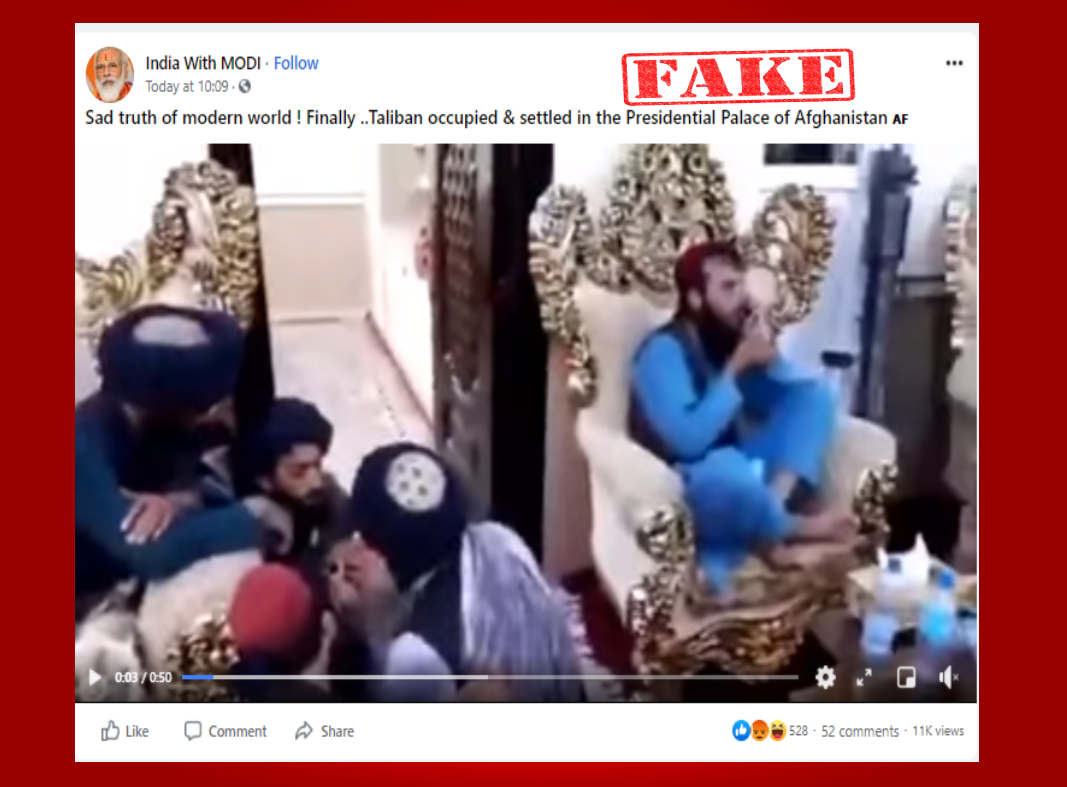 A video has gone viral on social media in which the Taliban can be seen enjoying and feasting. The video is being shared with a claim that it was shot after the Taliban took over the Presidential Palace in Kabul, Afghanistan, on August 15, 2021. 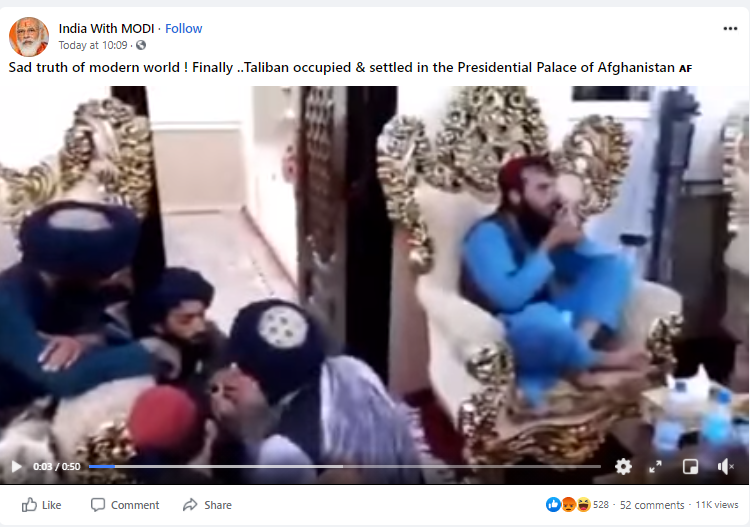 On breaking the video into multiple keyframes and doing a Google Reverse Image Search, we found that the same video was published by Republic World on August 12, 2021. The report associated with the video said that the Taliban fighters were feasting after capturing the Palace of the Governor in Zaranj. 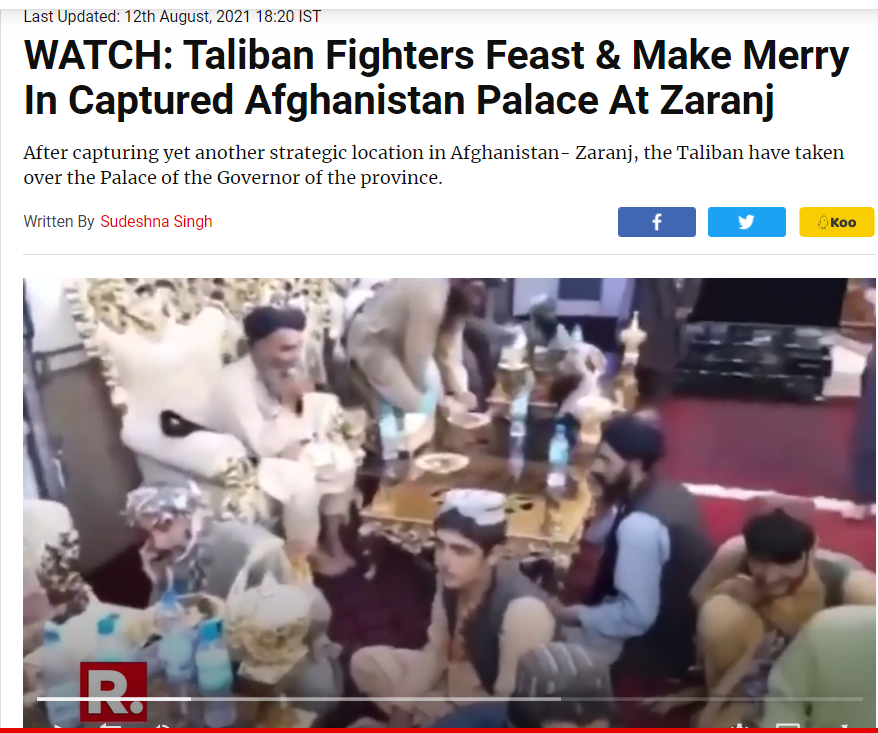 The screenshot of the same was also uploaded by a website Reportwire and the video was attributed to a journalist based in Afghanistan, Bilal Sarwary. We searched and found the same video on the twitter handle of Sarwary posted on August 11, 2021.

The Taliban occupied Afghanistan’s capital Kabul and entered the Presidential Palace on August 15, 2021, after President Ashraf Ghani fled the country.

Hence, it can be concluded that the viral video is not of the Taliban feasting inside the  Presidential Palace in Kabul, but from the Palace of the Governor of the province in Zaranj.