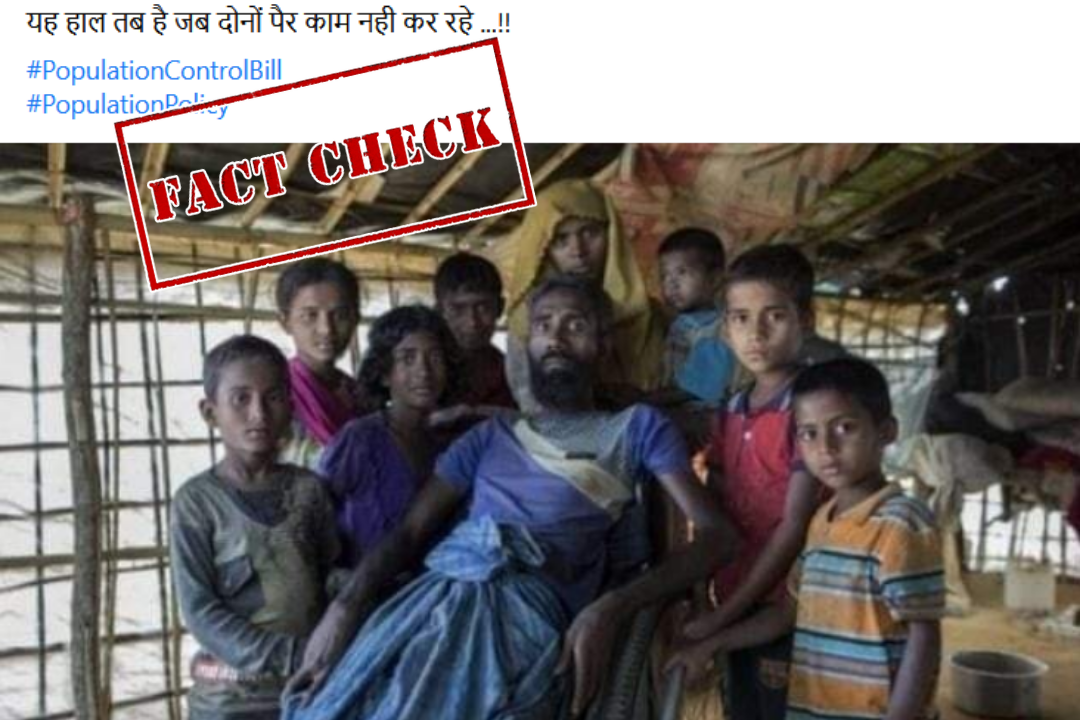 As Uttar Pradesh Chief Minister Yogi Adityanath unveiled the state’s population policy on  July 11, 2021, under which a two-child norm would be implemented and promoted, a photo of a disabled man with eight other people started doing rounds on social media. 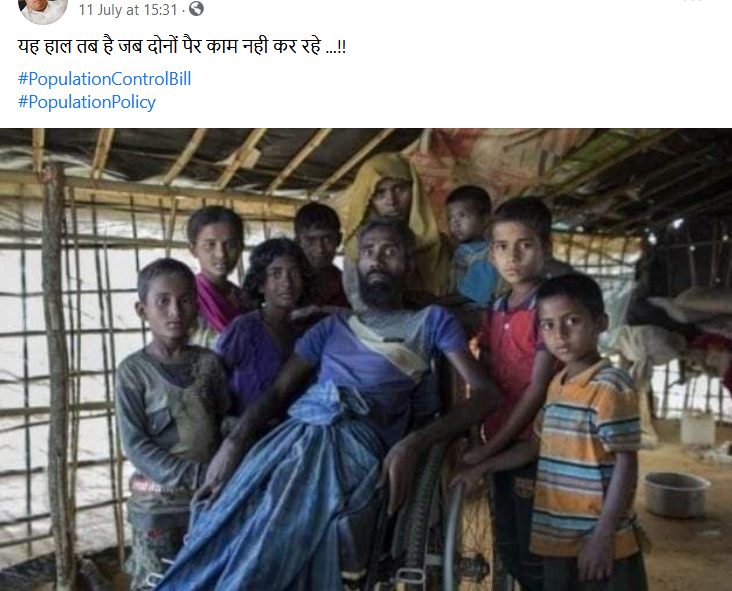 The caption suggests that the picture is taken in India, and shows the need to implement the population policy.

Similar posts can be seen here, here and here.

NewsMobile fact-checked the picture and found out that the picture shows a Rohingya refugee in Bangladesh.

On putting the picture through Reverse Image Search, we found the picture on stock image websites, Getty Images and Alamy dated March 6, 2017. The caption on both the websites mentioned that the picture was taken in Coxs Bazar, Bangladesh.

As per the caption, the picture shows Mohammad Alamgir, 40, and his family. Mohammad who is disabled due to polio fled with his family from the recent violence in Myanmar and took shelter in Kutupalong refugee camp, Coxs Bazar, Bangladesh.

We found the same picture in Dodho, a photography magazine based in Barcelona, Spain. The description of the picture read, “A portrait of Mohammad Alamgir, 40, and his family. Mohammad disabled due to polio, fled with his family from recent violence in Myanmar, and has taken shelter in Kutupalong refugee camp, Cox’s Bazar.” 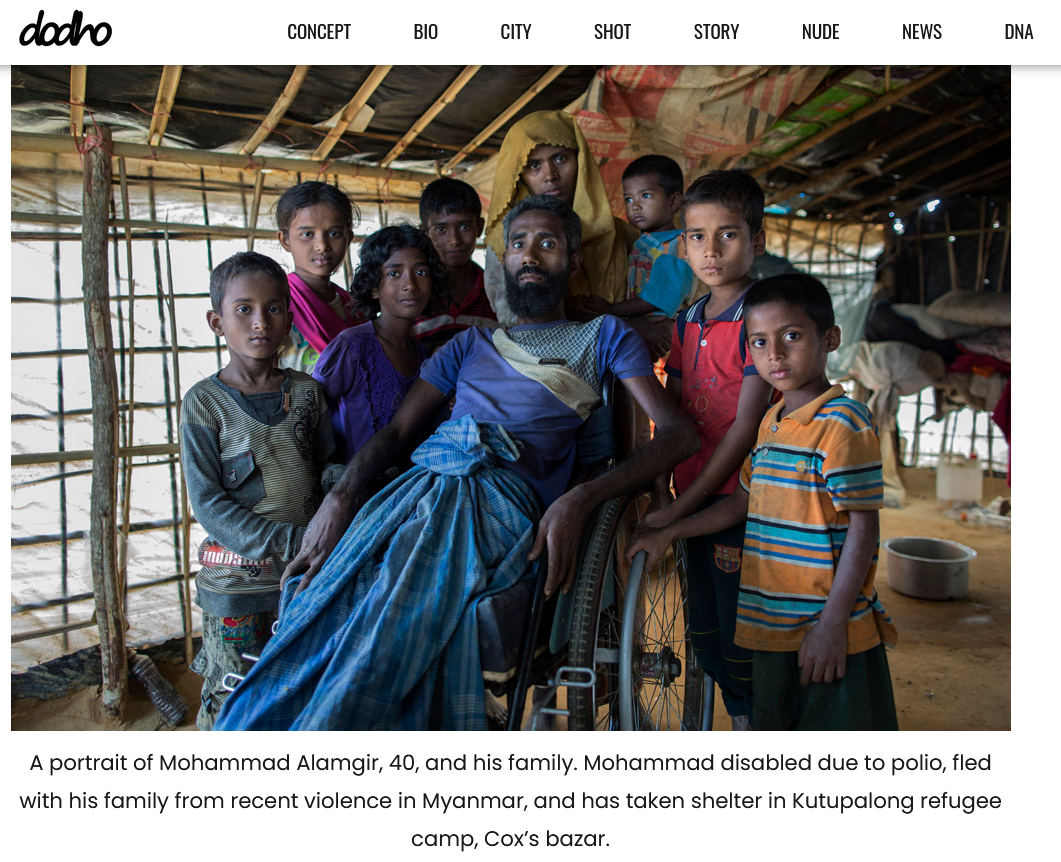 The above investigation proves that the picture shows a Rohingya refugee in Bangladesh, and is not from India.